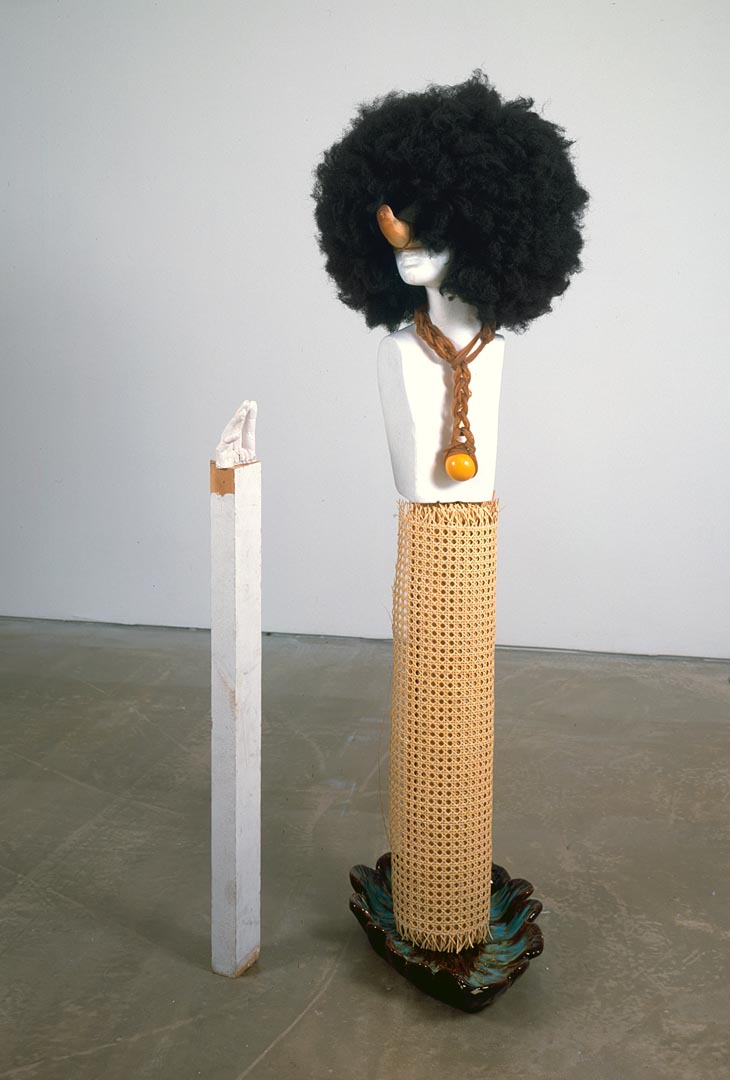 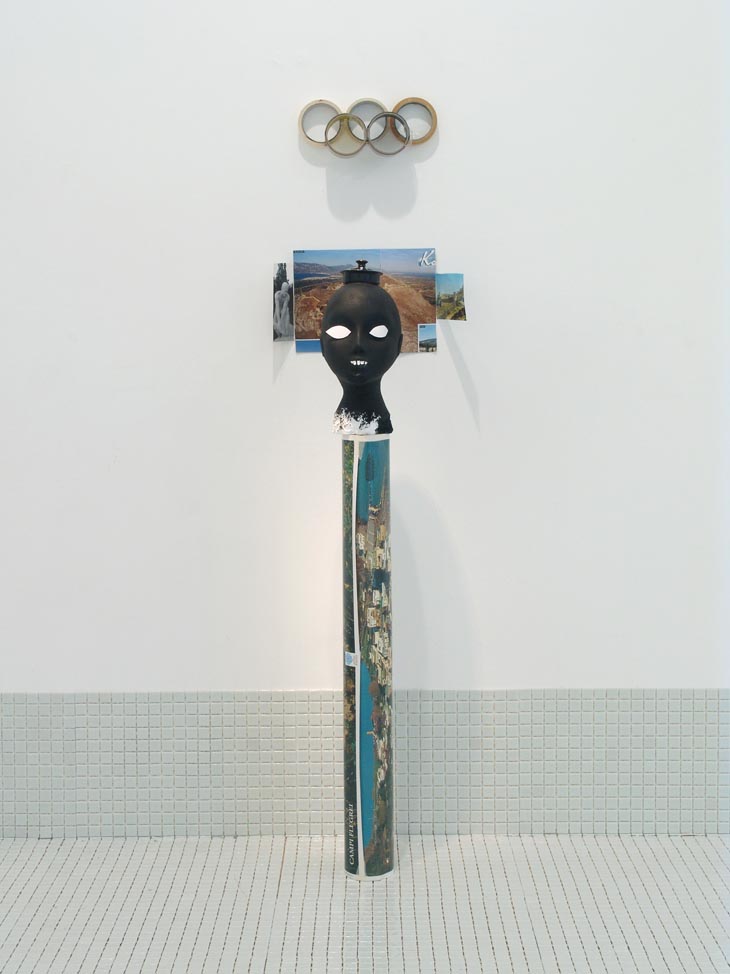 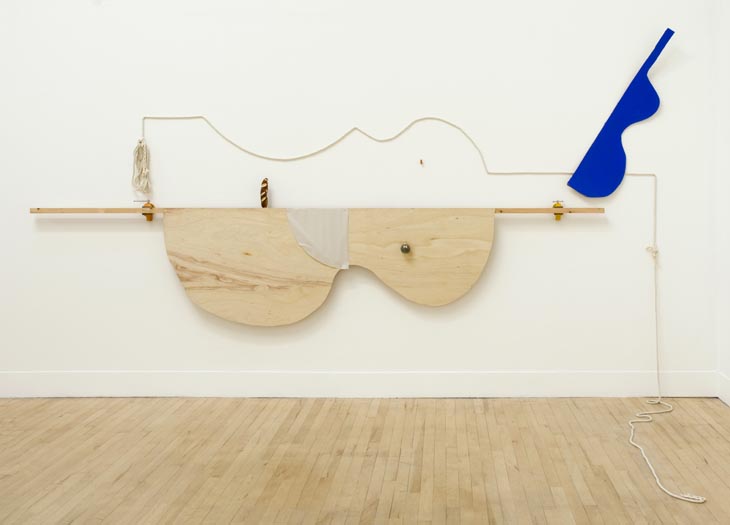 “I was remaking film extracts of well-known Hollywood movies,” Anthea Hamilton says, “and these pieces, such as The Piano Lesson, started life as props. I wanted to make my own narratives, and the objects had a successful enough sense of movement or animation in themselves to render the need to make the film unnecessary. They suggest sets and characters, the cinematic or theatrical and are always composed to be seen from the front just as you would see a stage set. My work hints at particular eras, it’s not old-fashioned, but not contemporary either; they’re in their own time. This piece was particularly inspired by Fernand Leger’s 1921 painting Le Grand Déjeuner, the large feminine wavy form is taken directly from the shape of the women’s hair. Borrowing from an artist’s palette offers a method for a rich, chromatic display. I was looking at bas-reliefs, architecture or ancient Egyptian cartouche characters and hieroglyphics: they look like pictures, but are conveying specific information.”

“The skill in my work is more about play, being deft in spotting visual associations of material rather than manipulating them through craft, thinking about the legacy of Surrealism’s connection to everyday objects. In Das Buschwoman I used a roll of woven cane and a swirly ceramic pot as the base; these suggest an idea of refinement and art nouveau. I shop a lot at fleamarkets and I’m interested in objects which have a seductive visual and tactile quality. I try to balance my personal desire for these objects with how I think someone else will react to them. I want to test the validity of clichés, question what iconography can be. The figure could be a black activist, a disco queen, or a clown but to close off the flexibility of the image by making a decision would be a mistake. Her elegant form comes through the juxtaposition of materials. Her nose is made from the end of a baguette and is upturned, her eyes are hidden like she’s closing herself off to you.”

I apply the same methodology to my sculptures as making a film. I arrange the elements to create a sense of time and movement. In Olympian I used tourism posters of Athens. They tell of something exotic and ancient, we can associate their deep blue colour with travel. I wanted to make something quite abhorrent that could still be funny and charming. The head, which is a painted polystyrene shop model, has paper eyes and teeth. The hat is a teapot lid, and ends of Sellotape rolls have been put together to make a crass version of the Olympic rings. I like to use things that people know what it’s like to handle and experience for themselves, in a way, letting them know they could do this too – it’s not an alien or elite ideology.

“When it was originally exhibited The Waitress was made to be a backdrop for two other pieces I made. At the time I was looking at artists including Matisse, Calder, Gris, and Picasso’s later work. The guitar shapes look like a woman’s body, and also reference Cubist still life painting. Blue, like the cut-out leg, is a recurrent motif in my work. It’s the kind used for special effects in film and television. I don’t really like showing my work in conventional looking gallery spaces as it’s too removed from real life and the idea is that blue-screen blue is even more invisible or neutral than a white cube. I try to display the practical elements in my work: the clamps, for example, allow the viewer to see exactly how things are made, there’s no tricks. The composition looks like a woman lying on her side; her private parts are suggested by decorative pepper shakers, dried apricots and a German laugenbrot. I like using things that will perish; it gives a tempo to the work.”