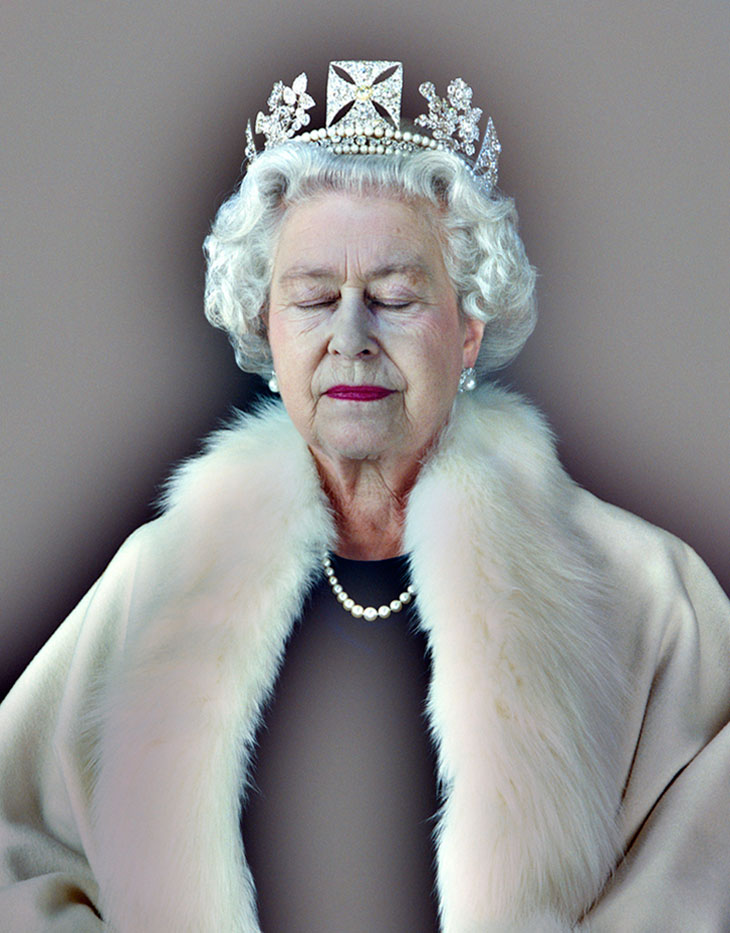 It was a happy ‘accident’ that resulted in Chris Levine’s meditative portrait of Queen Elizabeth II. He had set out on a commission to commemorate the Isle of Jersey’s 800th year of allegiance to the crown in a holographic portrait, a process that involved an extraordinary technological array: a high-resolution digital camera which moved along a rail taking 200 images over eight seconds, a 3-D data scanner and a medium format camera which he could use, if necessary, to capture information he could texture-map onto the 3-D data sets. The queen was required to sit still for 8 seconds at a time, and between the passes she closed her eyes to rest. Levine was struck by the beauty of her meditative state and snapped the shutter.
A picture like this would have been inconceivable even 20 years ago. The formal portrait has for some time been fraying around the edges, but now in our paparazzi culture it reads as entirely bogus. Closed eyes were reserved for great singers and musicians, who were in tune with another world; Kings, Queens and statesmen had to have their eyes open and fixed firmly on the here-and-now. In recent years, the Queen has been fair game for subversive image-makers. Tibor Kalman imagined her as a black woman in his series What if?, while Alison Jackson made her out to be, well, just like the rest of us. Yousuf Karsh would role over in his grave.