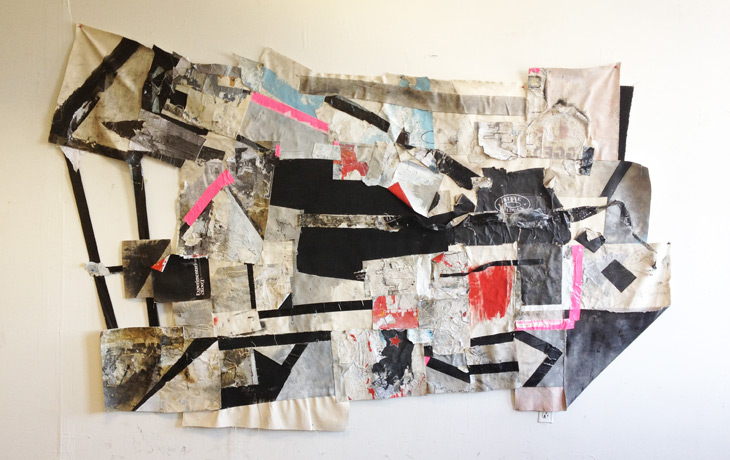 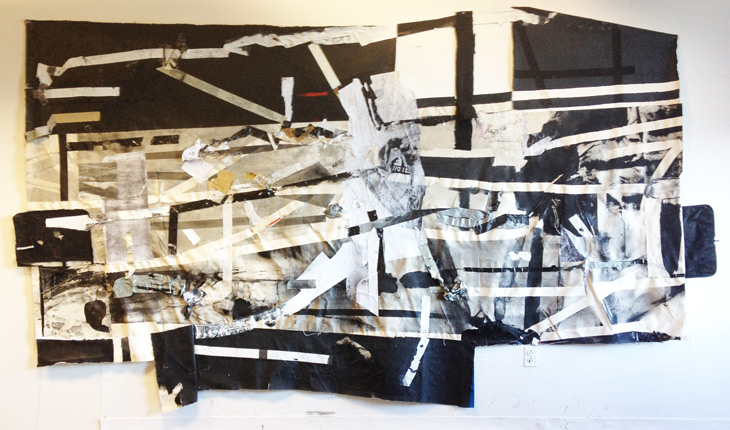 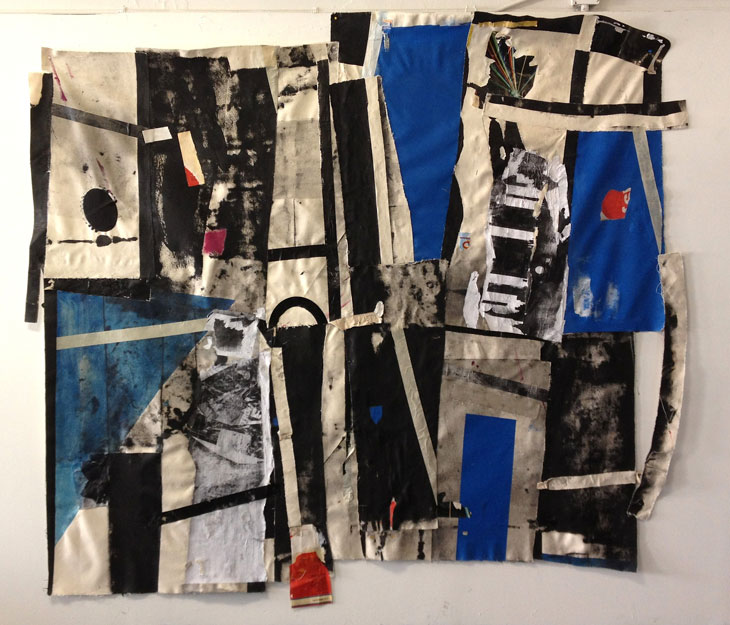 “For me, the grid is the compositional and conceptual device upon which my work hinges itself. It is the vertical and horizontal framework that holds unlimited things”.

There is a fetishistic quality to Cullen Washington’s paintings, evident in his use of scraps of pre-used canvas held together with sticky tape to form a rugged, rhythmic surface. His broadly monochromatic collages are punctuated with bursts of raw colour that introduce cultural references through a use of found materials.

The initial immediacy in the appearance of these paintings is underpinned by a considerable thought process, Cullen has commented “Sometimes weeks of visualization and clarification in my thinking precede the actual act of making which can then be swift and deliberate.”. Untitled, 1, 2012, Untitled 4, and 5, 2013 and Infinity, 2013, are all irregularly shaped, un-stretched paintings that are constructed around a loose grid, while still adhering to the rules of formal purity followed by painters such as Mondrian and Malevich. The variety of materials used in these paintings are treated with equal importance, both for their surface appearance and texture, as if Washington is using them as he would paint itself, for their colour, flatness, roughness, geometric precision and so on. For example, instead of replicating a type of mark or effect with paint, he substitutes them with the real thing. Turned up edges resemble paint drips, black tape provides a defined outline while also physically separating and defining areas of the painting, establishing a rigour that belies the harshness of its functional nature.

The freedom Cullen applies in assembling his work echoes the ideas of artists such as Jean-Michel Basquiat or Robert Rauschenberg who physically deconstructed painting in order to look for ways to extend its possibilities. The result is deliberate, richly built-up surfaces that flip between 2D and 3D relief and demonstrate an intuitive and subtle sensitivity towards this hands-on working process.