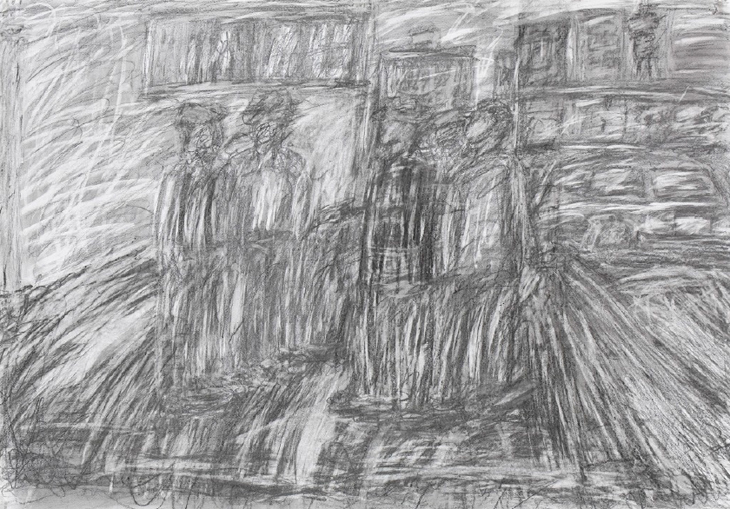 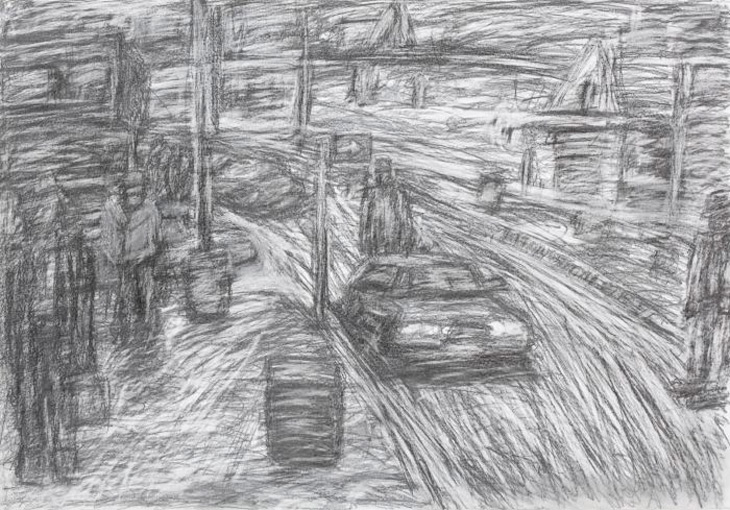 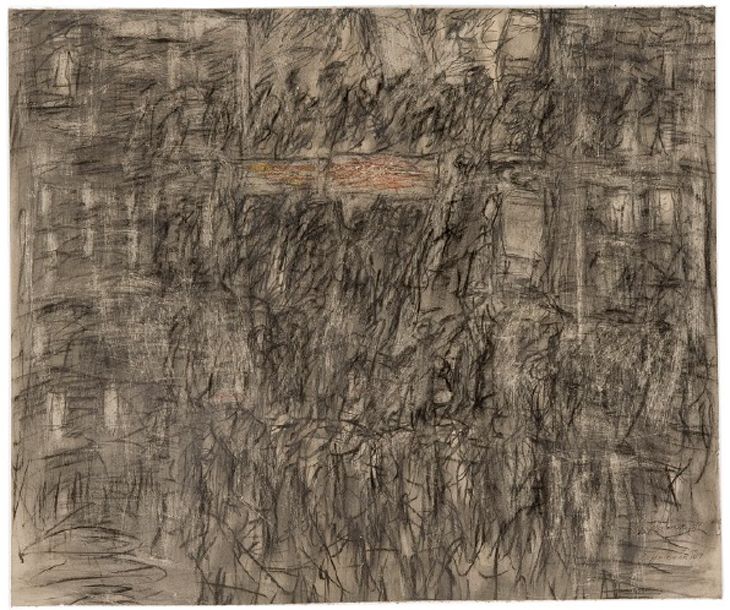 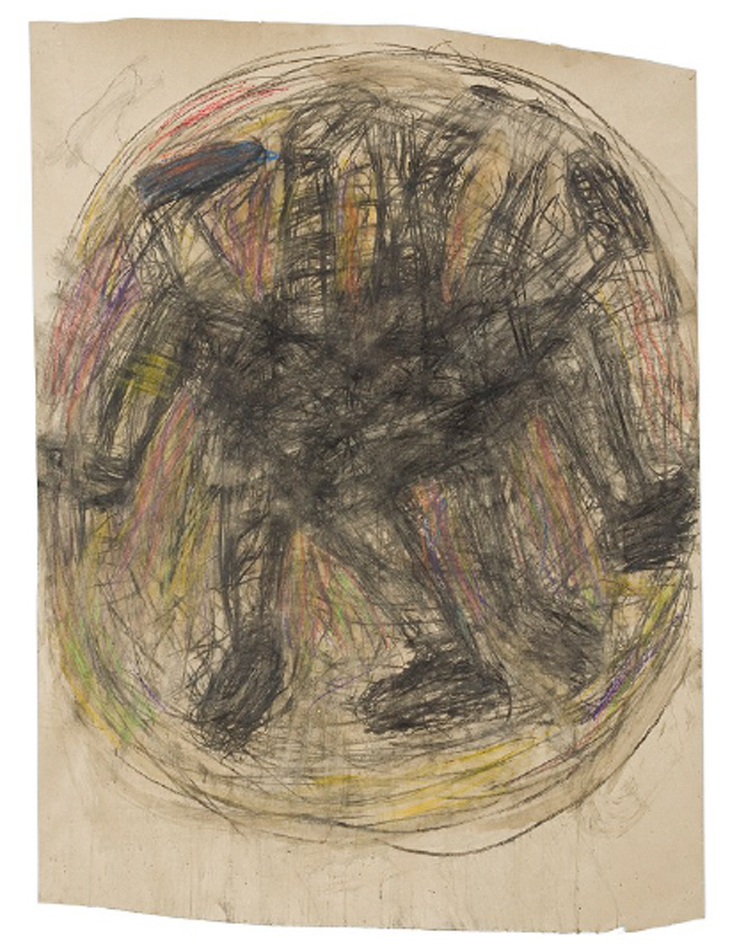 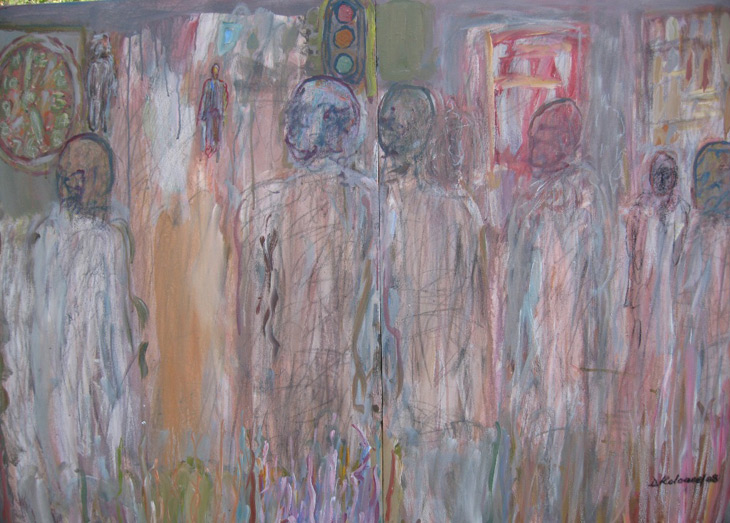 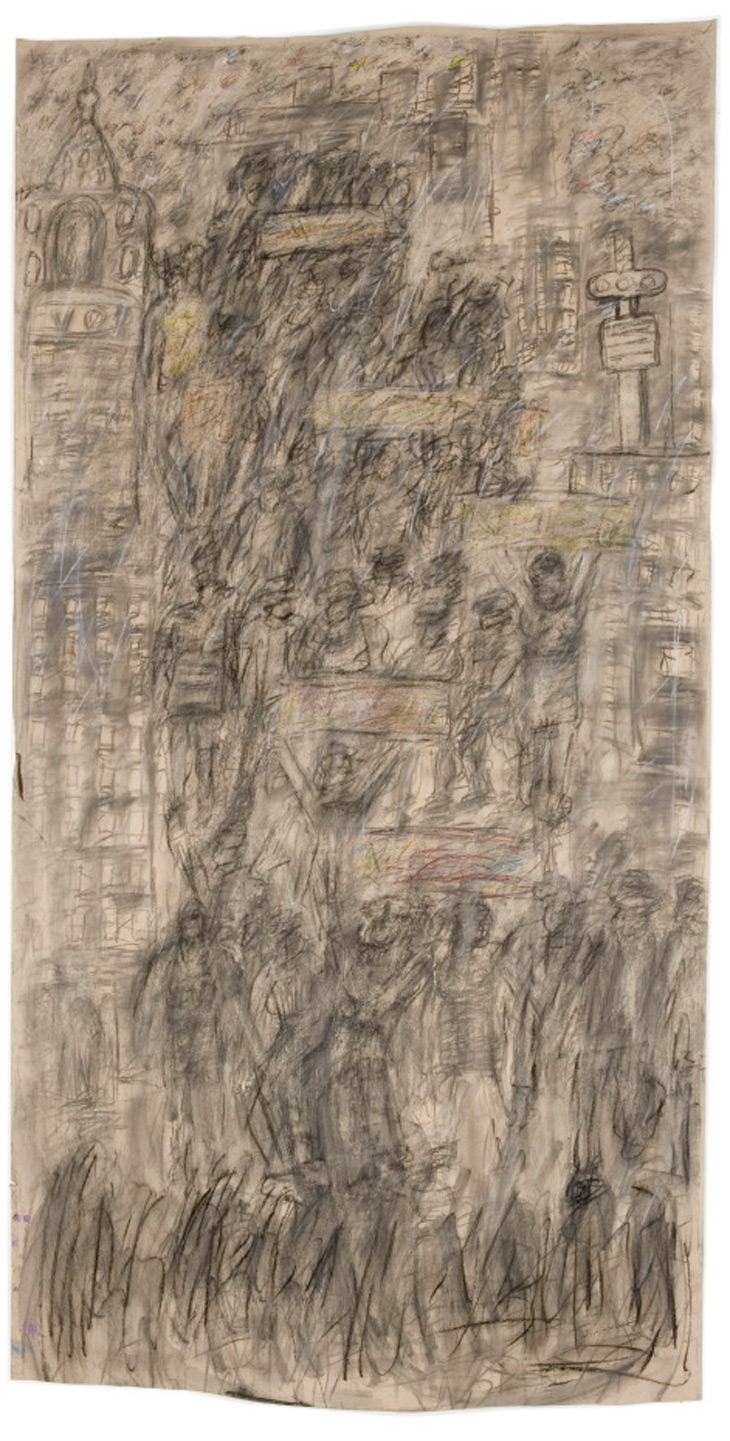 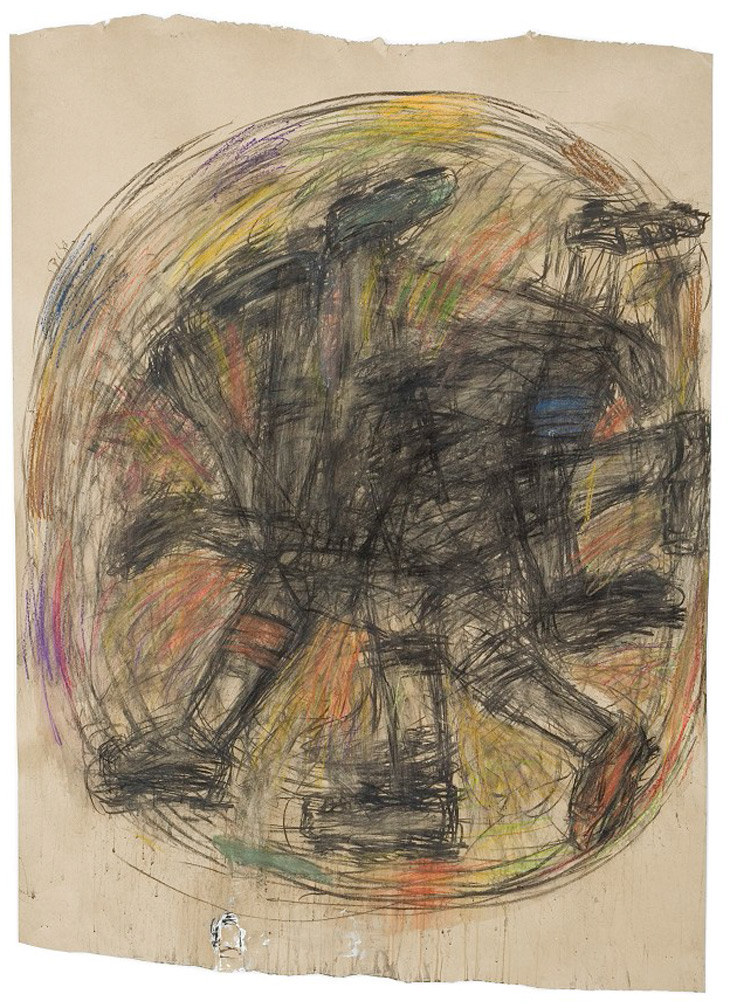 Once upon a time David Koloane enunciated: ‘Apartheid was a politics of space more than anything…and much of the apartheid legislation was denying people the right to move. It’s all about space; restricting space…Claiming art is also reclaiming space.’
In the artist’s paintings this claim for space is achieved with exuberance and pain to deploy township scenes of electrifying intensity. His subject matter is found in the frantic buzz of every day commuting, mass protests, high speed traffic and some intimate corners that make up the inner city experience. The colour-saturated expressionism of his images gives life to multitudes of faceless people sporting placards, women working the streets and mongrels fighting for their invisible bounty. Like muted music, the images evoke the restless speed and confusion of a complex socio-political landscape, and the multiple urban anxieties in permanent mutation.

Ever since the arduous apartheid days, David Koloane has been actively providing spaces to black artists in South Africa as well as making the plight visible in his own works. His is a human quest: people are pivotal in the rich arena of his paintings, depicted by means of expressive strokes and a hint of surreal undertones.
Such is the case of The Night has a Thousand Eyes where fluorescent eyes emerge from the night scene as prophecies, seeing churchgoers find their way through the dark roads surrounded by stray dogs and the ominous presence of an owl under the full moon’s spell. Mongrels are a recurrent theme that David Koloane has explored to symbolize greed and political brutality, especially in his Mgodoyi Series of 1993. Fighting or simply scavenging around the city, the dogs are the ultimate signifiers of the blind forces of oppression.