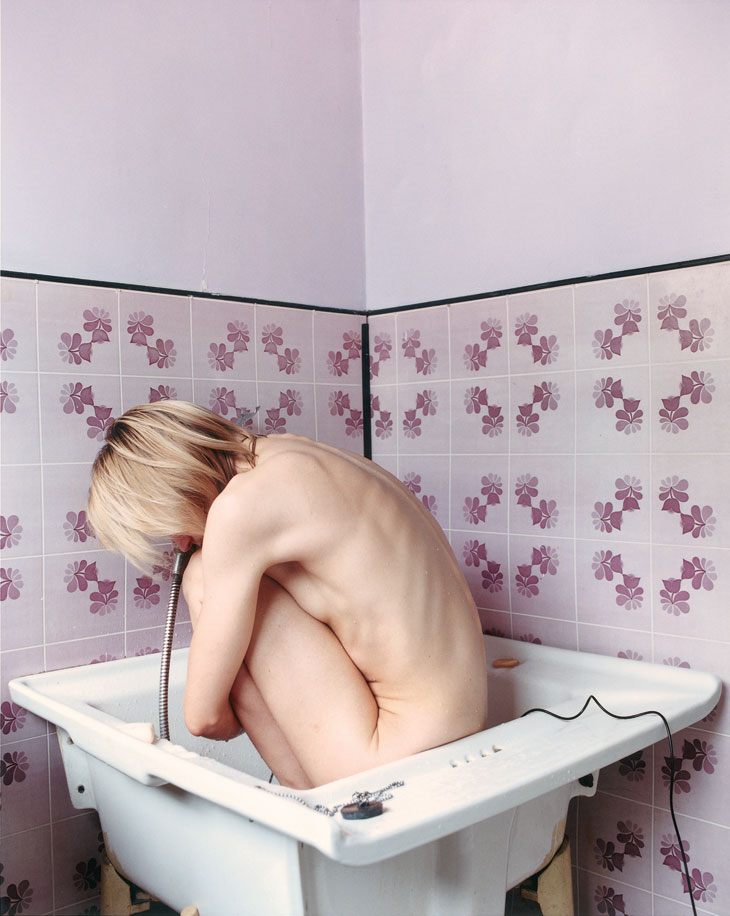 Elina Brotherus’ self-portrait, Femme à sa toilette, marks a moment in her series The New Painting where she began to delve more deeply into art history and leave behind the more autobiographical aspect of her work. For those who think of her primarily as a still, solitary presence contemplating vast landscapes of pristine beauty, this sudden close-up comes as a shock, as if we opened the door to the bathroom without realising a stranger was inside. The work’s title, of course, tells us that she is thinking here of the female nude as seen by Degas, Cézanne , Bonnard and male painters belonging to the rich tradition going back to such Renaissance masters as Bellini, but I am struck by a resemblance to a nude ‘à sa toilette’ by a female painter, the Impressionist Berthe Morisot: we see the same profile in both studies, the same expanse of white flesh. Morisot’s subject, however, is still an object of delectation, whereas Brotherus isn’t really giving us a nude at all, but rather a self-portrait, a confession and admission of vulnerability rather than an image of titillation. It is best appreciated within her larger series of melancholic self-portraits set within modest domestic interiors, mattress-on-the-floor kinds of places suggesting only momentary relief on a long journey.

Text by William A Ewing
×