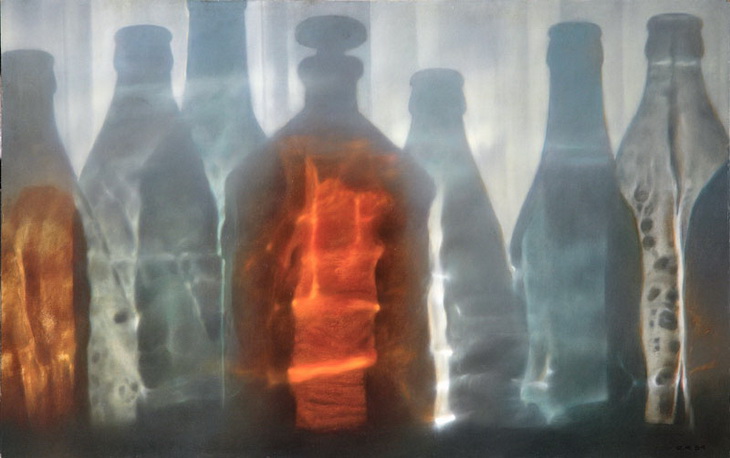 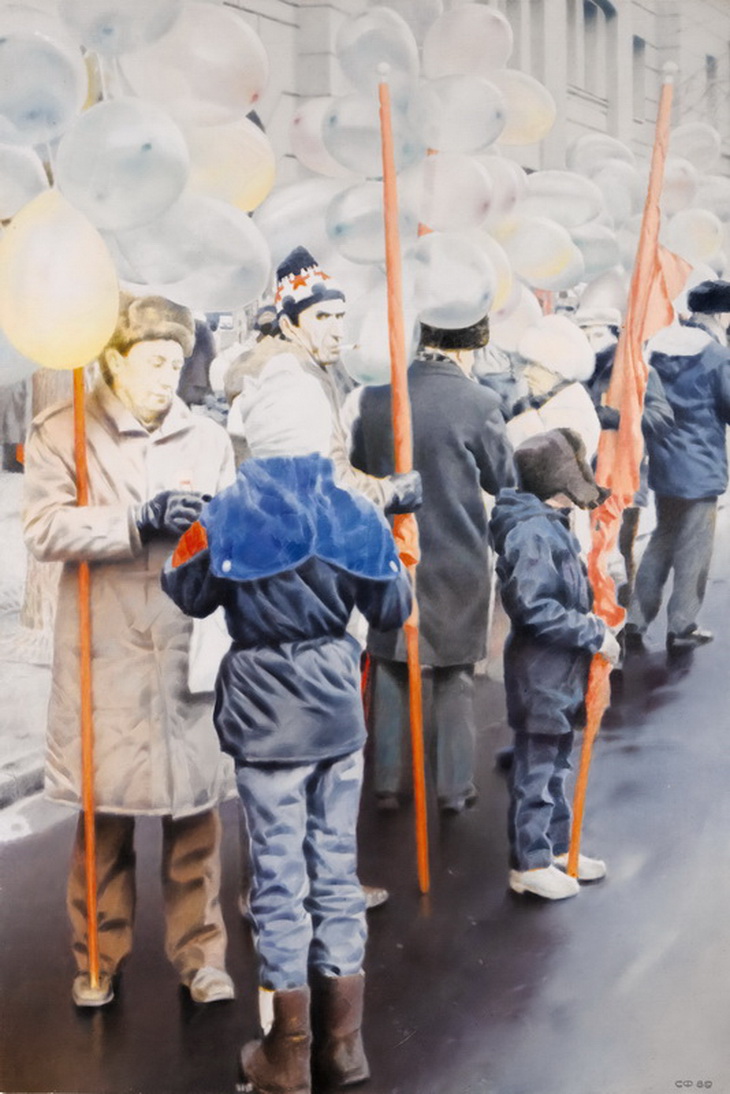 “…When I thought about how to record it – after all, you can’t make a sketch – I took my primitive Zenit B camera, which I’d had since I was a student, and began taking photos. At first, when I started this series, I portrayed the looks of my fellow travellers staring somewhere into space, away from the viewer. There was such loneliness in the crowd. When people think that nobody’s watching them, something happens to them: they become isolated and sink deep into themselves. It’s as if people are different, but they all have the same stamp. But then it became interesting to look into their eyes..."

The picture Assembly Point from the series Celebratory Demonstration is noteworthy for the “Soviet” way in which the man in the centre of the composition is looking towards the viewer: a unique cocktail of suspicion and hostility, if not blazing hatred. In those days I was more often drawn towards warm tones, where I felt thoroughly at home, but suddenly I was pulled towards cold ones, like a fish flapping about desperately on the ice. That was the main challenge: how I should solve these artistic problems, problems that were new for me, of organizing the interaction between the various shades of cold in all its forms. Perhaps the look that had chilled my soul from the man in the ski cap had driven me towards this coloristic solution?

This picture, together with another two of my works, was selected by Sotheby’s for their second auction of the Soviet underground art planned for 1990. Moreover, I was told in confidence that on this occasion the two best bets for Sotheby’s were Oleg Vassiliev and me. But while Sotheby’s was arguing with the Artists’ Union and the Ministry of Culture of the USSR and trying to beat off their beloved left-wing Moscow artists whom the authorities were additionally trying to foist on them, the recession broke out, the “Russian boom” swiftly expired, and the auction was cancelled.
Semen Faibisovich
×