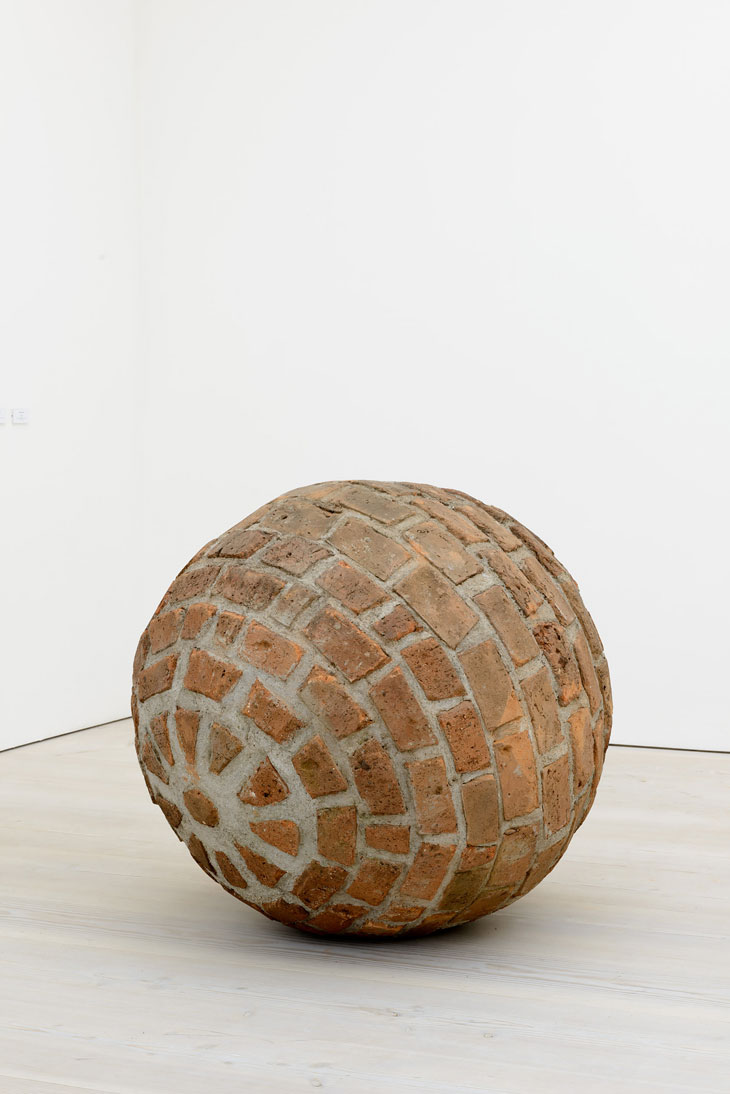 Lugares en Fuga (Fleeing Places) is an unsettling object.
At first glance it appears as a section of a wall that has folded upon itself following an unexpected transformation; a metamorphosis utterly inappropriate for the materials that symbolize endurance and security: brick and mortar.
As with some other similarly minded contemporary artists, Fredy Alzate is deeply influenced by architecture and its multiple vernacular surrogates.
His work focuses on the observation of the constructive principles that guide precarious urbanization in his city of birth, Medellin, and by extension in the Latin American urbis at large.
In his sculptures and installation pieces, the artist explores the inherent contradictions of uncontainable urban (under) development and the permanent mutations produced by the urgency of adapting buildings to the landscape in the city’s poor peripheries. Through careful observation of social space, his work is both political and poetic, as it draws its constructive psychology from literary references: Lugares en Fuga refers to Italo Calvino’s novel ‘Invisible Cities’.
Built within the formal lexicon of architecture, his simulacrum dissects the marginalization of large sectors of the population across the continent. The apparent chaos perched up in the hills of the urban peripheries of Latin America challenge deceptive narratives of progress, bringing to mind that we live in a fragile culture of congestion.
This fragility appears blatantly expressed in Alzate’s installation Aluvión (Landslide). The composition, made of resin-cast sculptures mixed with heaps of recycled demolition materials, re-enacts the precariousness of vernacular architecture when submitted to the brutal forces of nature, aggravated by deforestation and over construction.