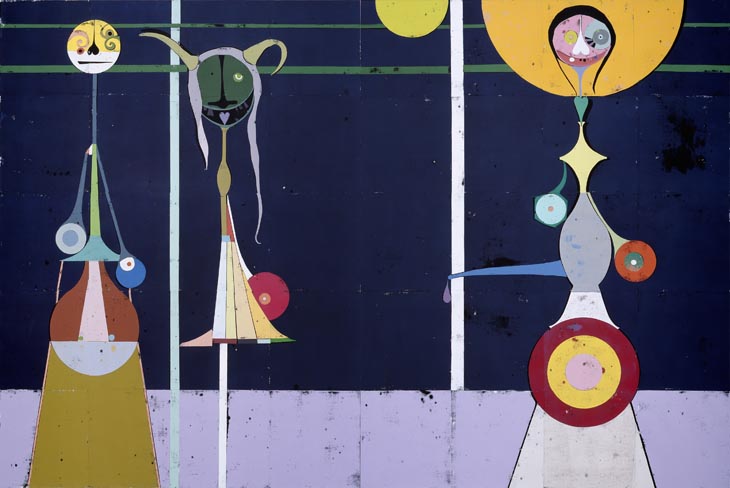 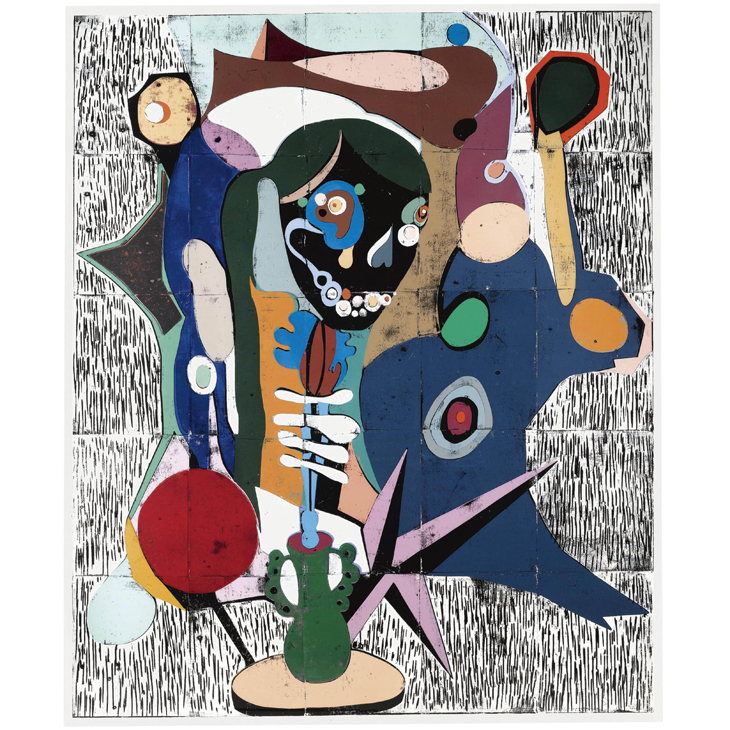 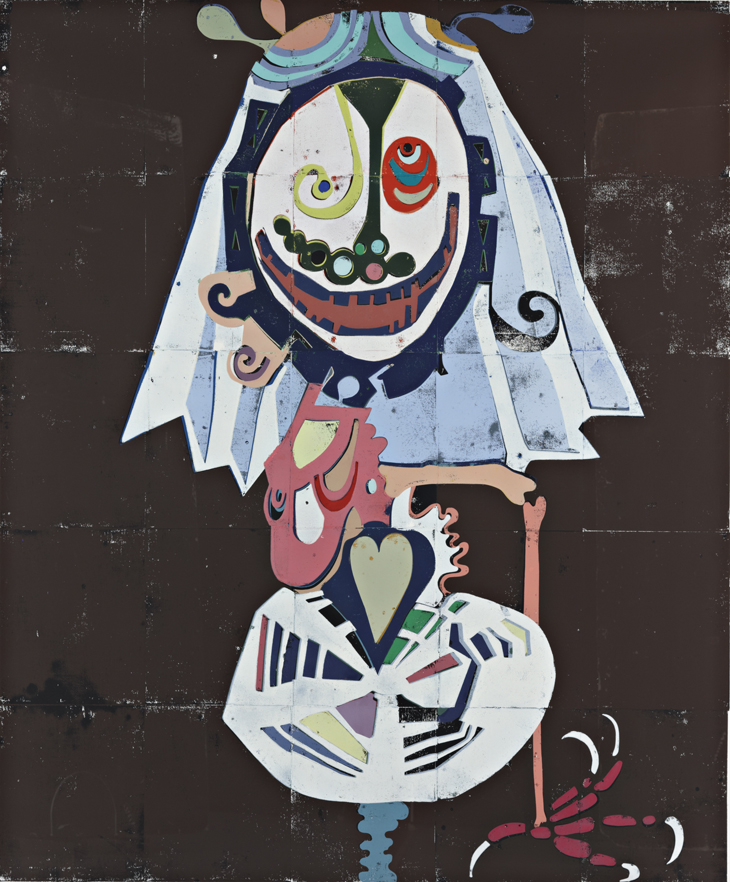 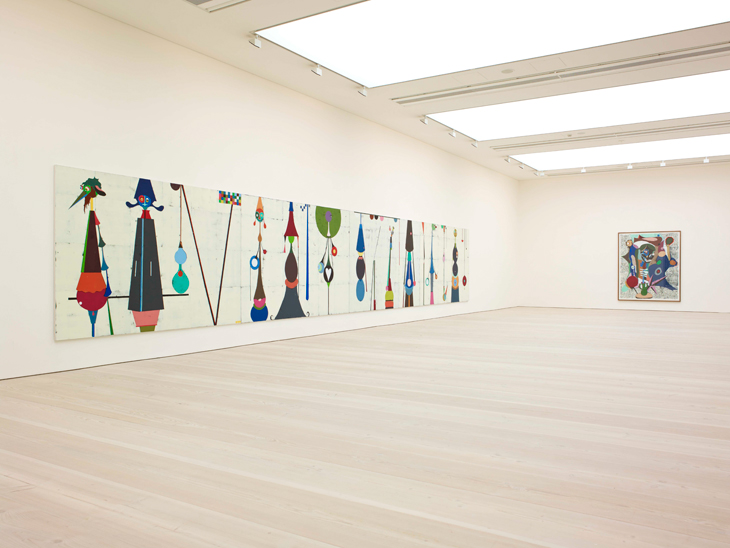 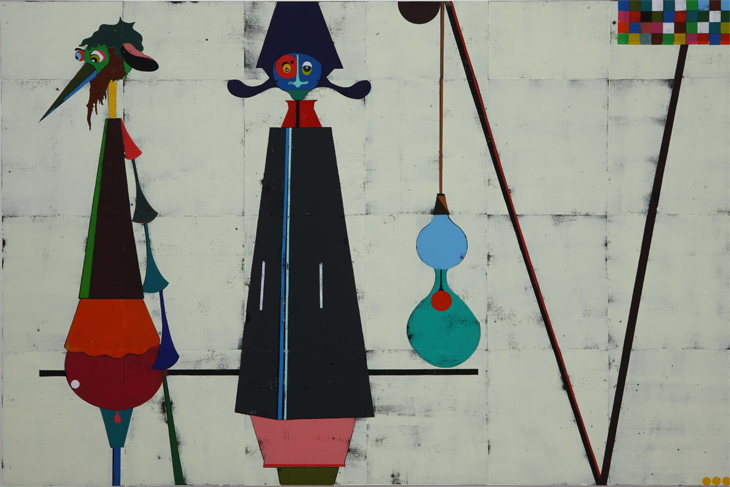 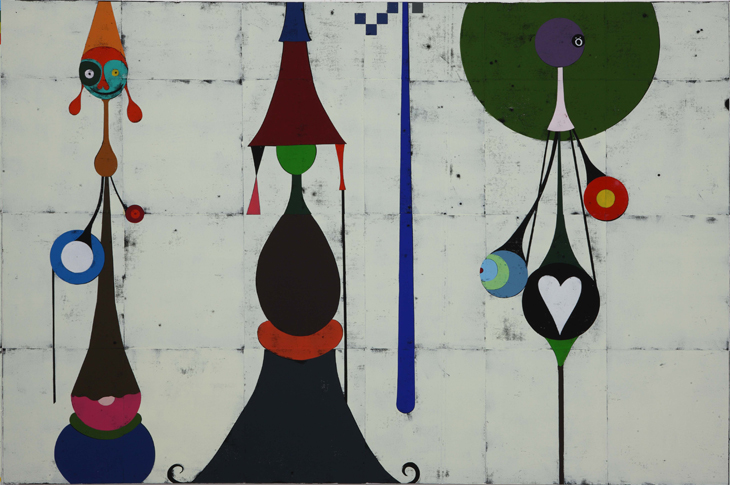 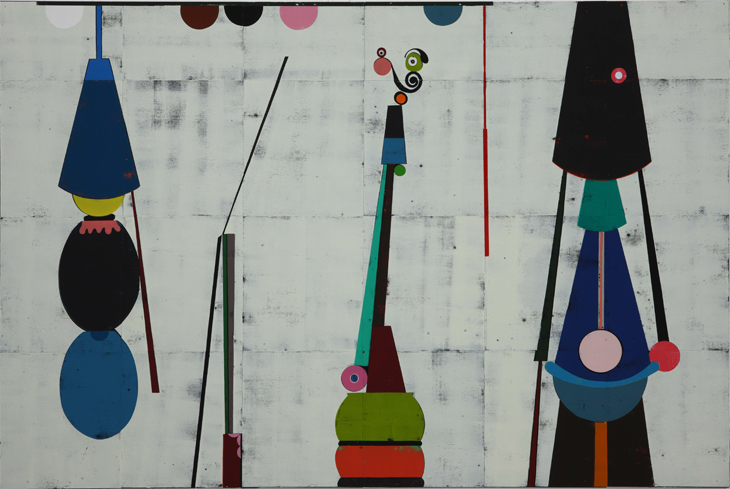 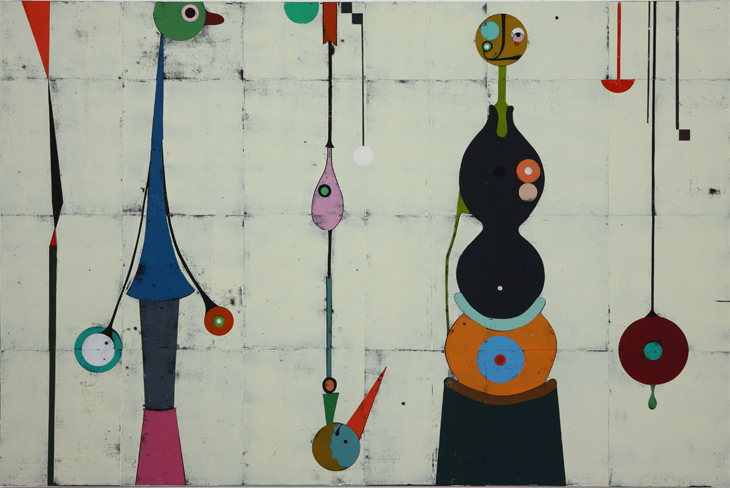 In Gert and Uwe Tobias’s large-scale, carnivalesque panels we see an uncommon merging and subversion of techniques and traditions. The twin brothers, who have worked together since 2001, have created a world of their own out of reviving a diverse range of craft-based arts – wood-cuts, lace, embroidery and the national costume of their native Transylvania all find their way into their works.

In their engravings and collages traditional folk image-making skills, such as carving and hand printing, are given a twist, alchemically put through the filter of the twentieth and twenty-first century. Their exaggerated imagery, at turns abstract, geometric, fantastic and eerily animistic, carries remnants of the people in Breughel paintings, Russian Constructivism, and of Oskar Schlemmer’s stereometric figuration (as in Untitled, 2009).

Gert and Uwe Tobias manage to fuse the monochrome backgrounds of Yves Tanguy’s surrealist landscapes and the macabre faces of traditional apotropaeic amulets with the lightness of cartoons, worn down graffiti and schoolyard murals. There is something flayed about their figures – as if they have been peeled of their individuality, made into universal puppets or still lives.

Untitled (2007), composed of coloured woodcuts on papers mounted on canvas stretching over four metres in width, confronts the viewer with what look like heads precariously balanced on geometric poles that are weighed down by pulley-like arrangements. The modernist, Bauhaus-style mechanisation of the composition, dominated by primary shapes and graphic symbols – hearts, bull’s eyes – becomes animated by perverse, half-toothed grins, horns, hair and cassocks, and pop-out eyes. Two large works named Untitled (2005) riff on traditional genres of still life and portraiture, bursting with whimsical abstraction, colouring and graphic boldness as well as a darker, gothic element – those grim-reaper smiles, a veiled countenance, skeleton bones and menacing claws.