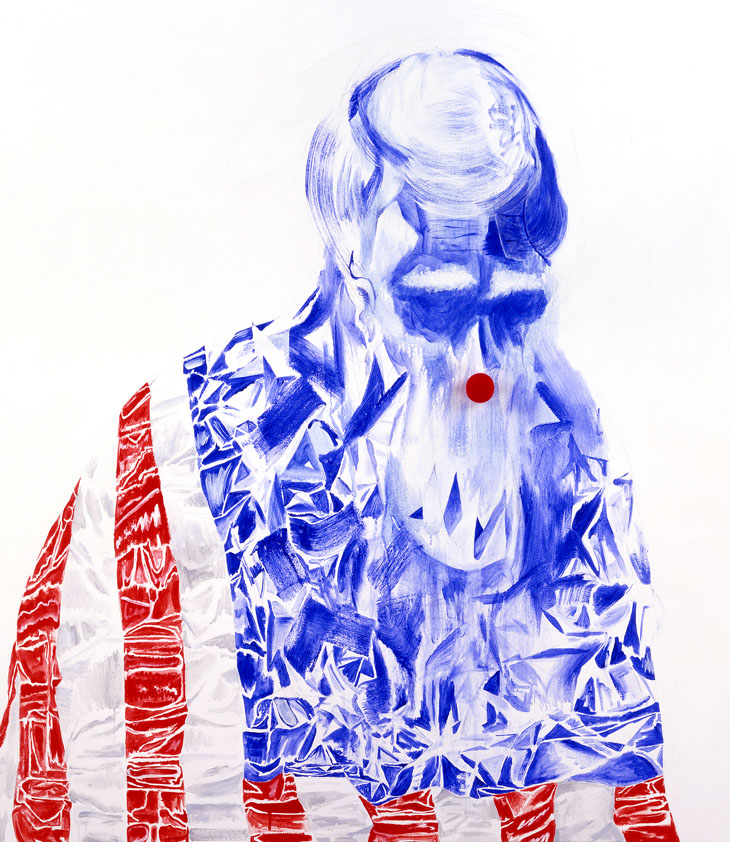 Using painting as a springboard for fiction and critique, Jason Fox’s canvases picture a host of invented characters: each comically monstrous in their distortion of social stereotype. Describing his work as “portraits of being stuck inside a big, powerful, stupid, funny, crazy, violent, ignorant, dangerous head looking into a mirror”, Fox draws equally from art history, cartooning, and cult films, to provoke an edgy subversion of popular culture. Bringing into question issues of race, gender, class, and politics, Fox’s satirical commentary is underscored by a masterful command of quotation and technique. In Star Star, Fox shrouds his withered oracle with an American flag, creating a totem of protest and humour; a scathing joke underscored by the addition of a red clown nose attached to the painting’s surface. Quote taken from: http://www.featureinc.com/artists_bios/foxqa.html
×