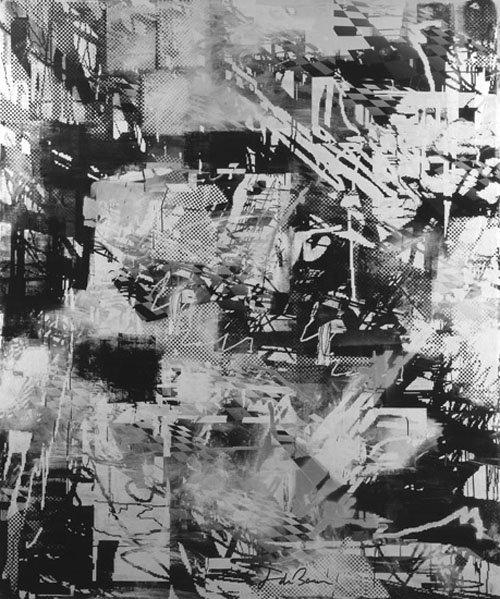 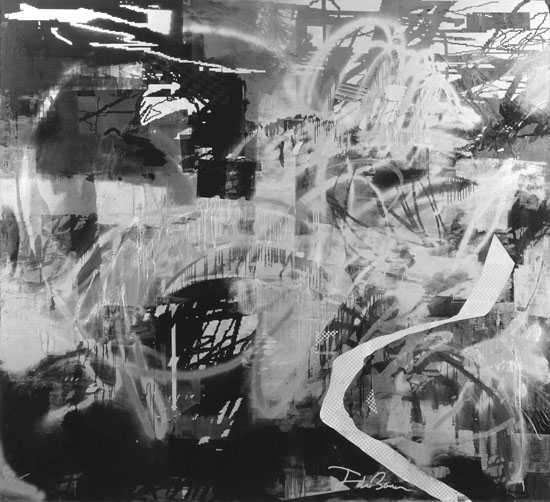 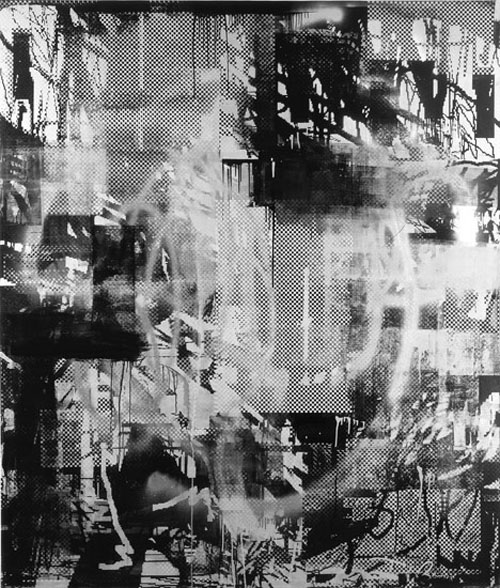 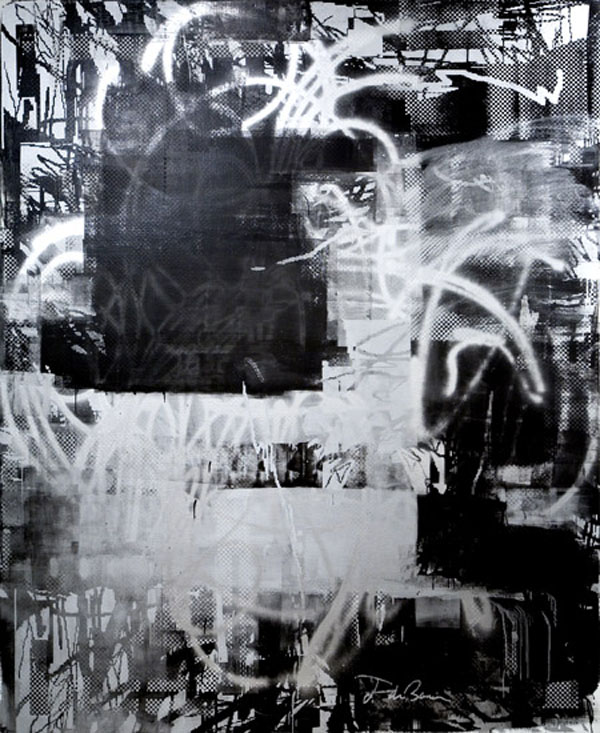 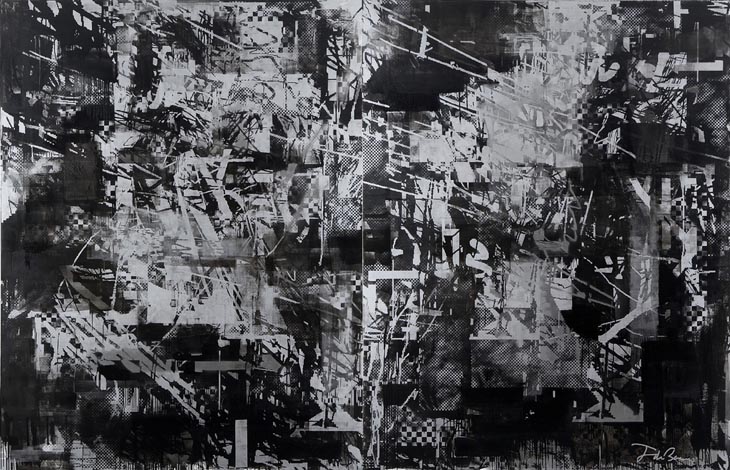 Merging the authentic signifiers of abstraction, the reproducibility of pop, and the graphic starkness of design, John Bauer’s canvases set up planes where visual language is refracted, confused, and reconstructed into disjointed, antagonistic compositions. Beginning each painting with a low-tech computer drawing, Bauer develops his work through a complicated process incorporating hands-off painting techniques such as stenciling, silk-screening and spraying that translate digitized graphics towards sublime fields of painterly abstraction. The concentration of his replicated gestures aggregate as veneers of suggestive descriptions, as if condensing multiple film frames into one overall composition. Alluding to external environment as much as internal psychological state, Bauer uses the monochromatic palette associated with photography and the pixilated effect of print media to heighten the sense of virtuality and information overload. His images exude a frenetic, apocalyptic energy reflective of urban experience.

John Bauer
My Dreams Were Lit Like Pornography and in Them I Fucked Girls Made of Cardboard, 2006
Oil and enamel on linen
195.6 x 213.4 cm

John Bauer
My Dreams Were Lit Like Pornography and in Them I Fucked Girls Made of Cardboard, 2006
Oil and enamel on linen
195.6 x 213.4 cm

Taking its title from the punk band Black Flag – whose graphics were designed by contemporary artist Raymond Pettibone – Bauer’s painting draws association to a subcultural mythology that merges the dark aesthetics of the 70s hardcore scene with the numbing allure of pop. Executed with a limited palette of gloss and matte blacks and metallic silvers, Bauer’s paintings possess an imposing elegance, their flat decal-like surfaces are coded within the glamour of industrial design and the holographic sheen of futurism. Through Bauer’s densely overlapped patterns, translucent layers, and emotive distance, the impersonal characteristics of digitized imagery and his detached processes of working gain a unique subjectivity infusing the seamless and generic with a contemplative aura of personal negotiation. Made in 2007, Black Flag’s apocalyptic composition contains a ghostly shape of the US map, evoking revolutionary protest against the Bush regime; its degraded print-media references expanding beyond Warhol’s Disasters to a new mesmerizingly chilling plateau.