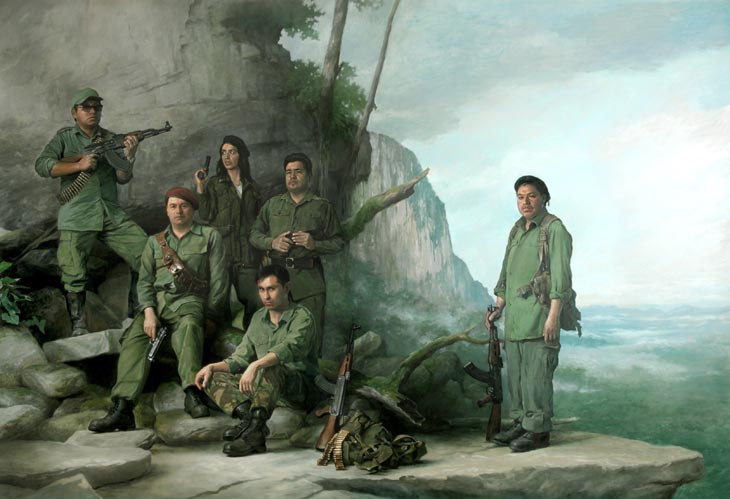 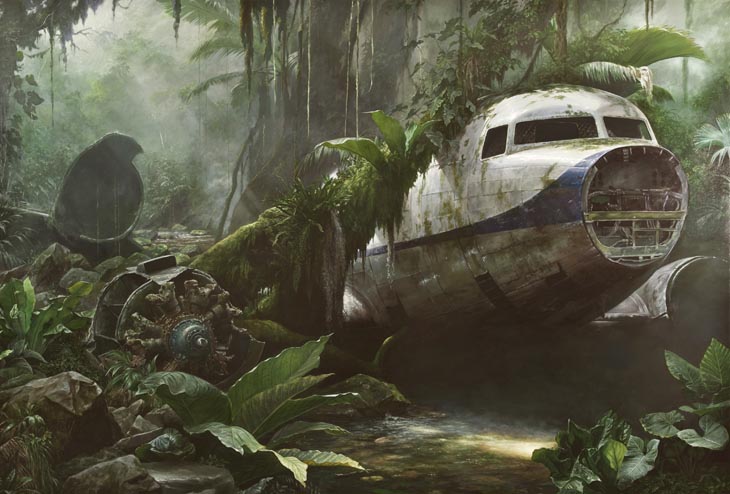 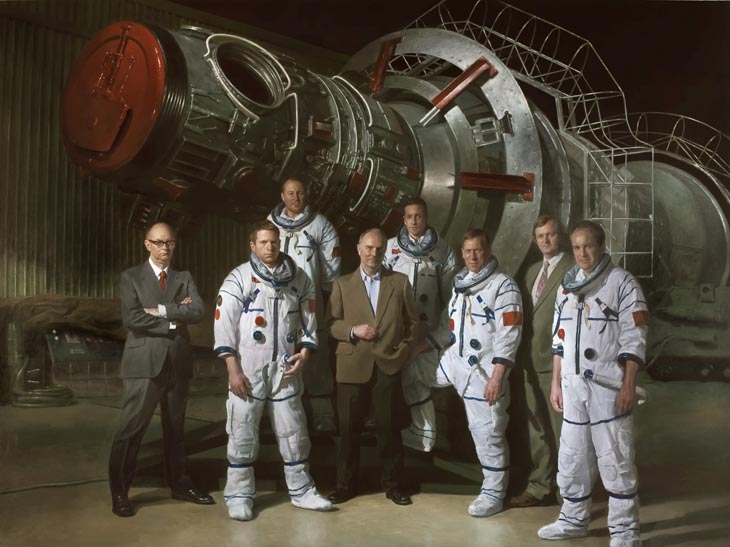 “The group series explores ideas of role play, identity and why people choose to commemorate a collective moment. It is a moment that is ’real’ but also performed and I find that tension interesting to examine. For Sandinistas I was exploring images of extreme environments, and people who operate outside ’civilisation’. Military paintings are traditionally associated with commemoration of victories and the celebration of the State. Painting guerrilla fighters in this way undermines this tradition; they represent something that has (or has been) ’lost’. The figures are painted in a very realistic way so that they are pushed out into our space in direct confrontation, while the background is flat and theatrical, redolent of an anthropological display. The painting is about our understanding and consumption of this type of picture. It presents a fiction that has become an archetypal or generic image that has little to do with the reality of the fighters’ existence.”

“My paintings construct images you feel you could have seen before. They play on a sense of the familiar. Jungle Scene With Plane Wreck is the last painting from a series of landscapes of forgotten disasters that were originally inspired by zoological habitats and dioramas, or the painted backdrops you see in museum displays. It’s essentially a B-movie aesthetic meets the Sublime. They all contain wrecks of obsolete modernist engineering rotting away in fictional landscapes. I started this painting by making a scale model of the scene – I built a plane and wrecked it – and worked directly from the miniature. This allows me to think of my work in relation to cinematography. Akin to making a film, I can compose the image and direct the lighting as I see fit.”

“Astronauts have an almost symbolic status. They operate on the frontier of an effort to understand the unknown. They appeal to a child-like sense of awe and adventure yet are the ultimate display of a culture’s economic power and political ideology. The title Space Program puts the emphasis more on earthly planning than it does the heroics of space manoeuvres. The ship is still under construction, these men are gathered in anticipation of future glory not in celebration of established deeds. Hence there’s a certain tension in the gathering; there’s pride but also reservation. Though you might initially believe the image, subtle but mischievous clues to the work’s fiction are introduced: for example, the milk bottle top or a mobile phone keypad on the ship; plumbing parts on the space suits; the astronauts are in fact friends dressed in costumes made in my studio. As soon as you are made aware of these elements, there’s something mildly comic about the image but also darkly so in the sense that this would obviously be a completely doomed mission!”