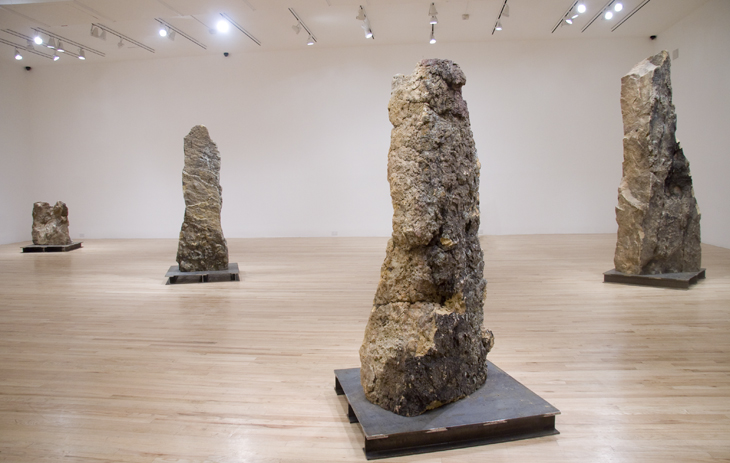 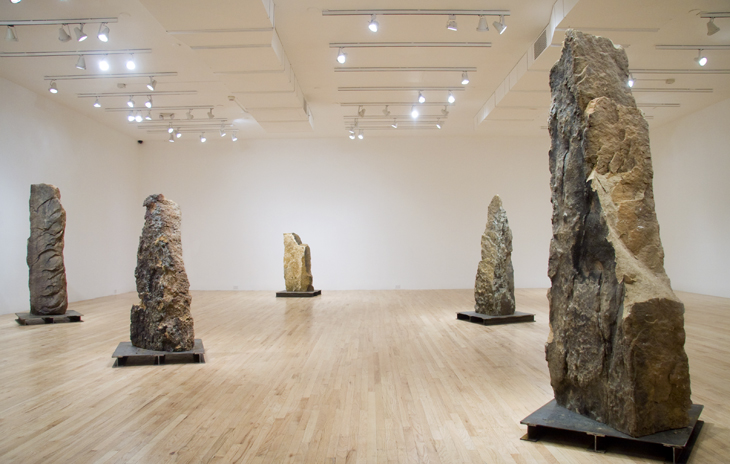 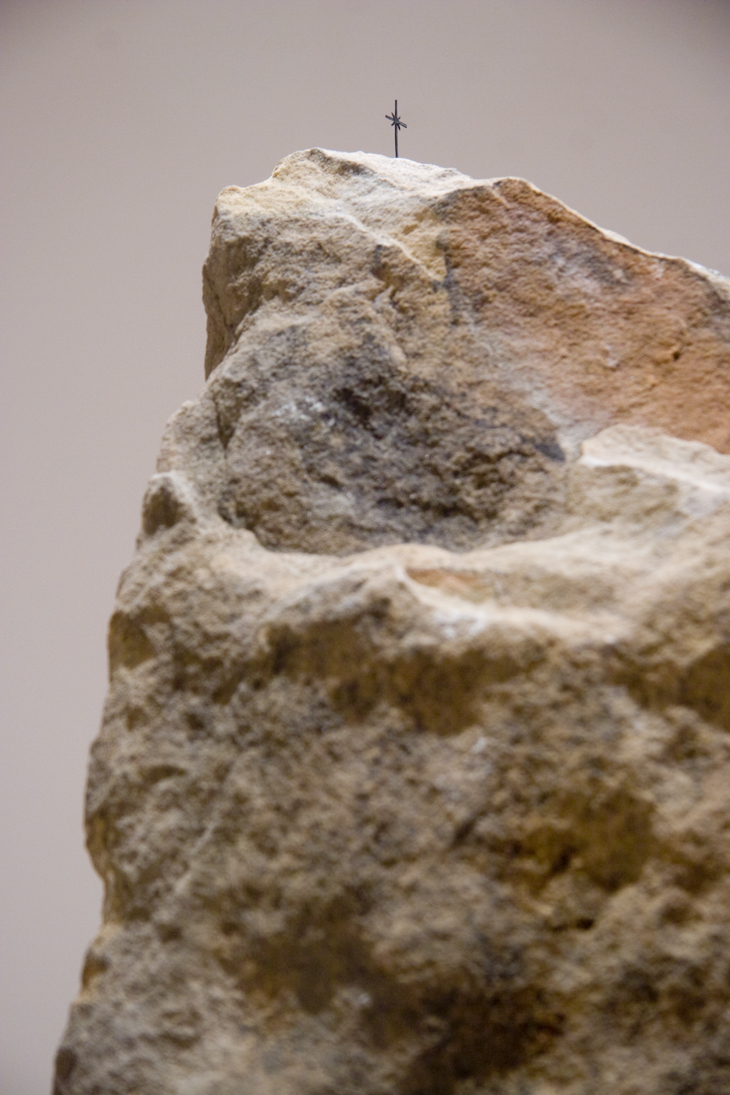 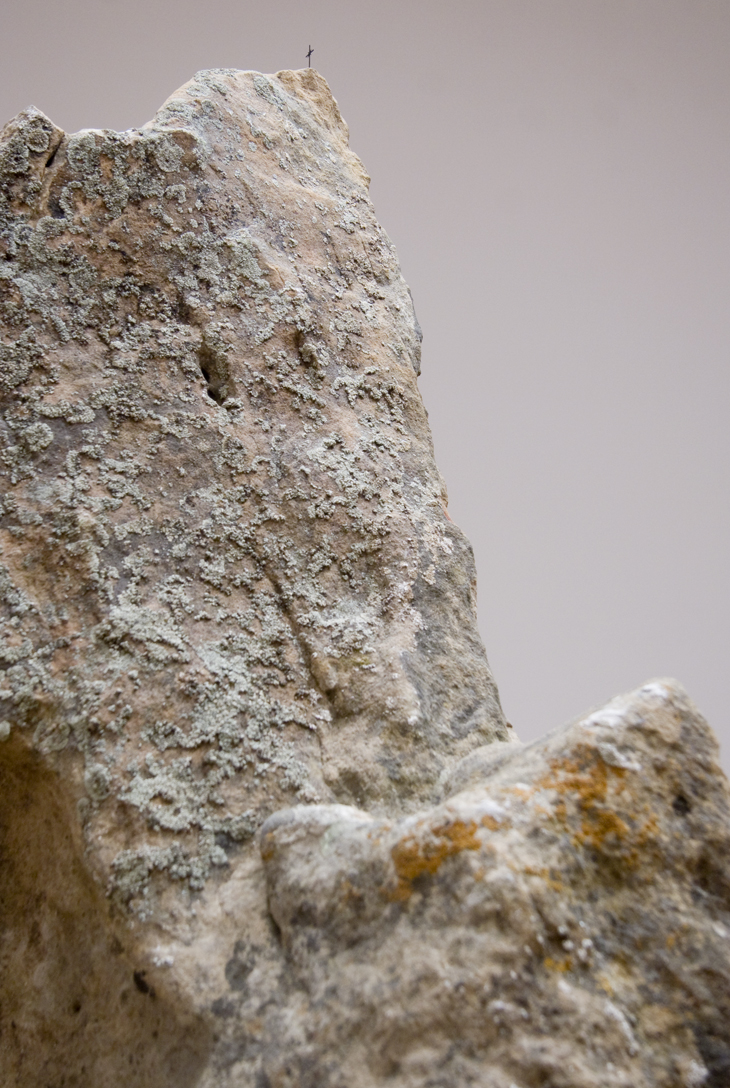 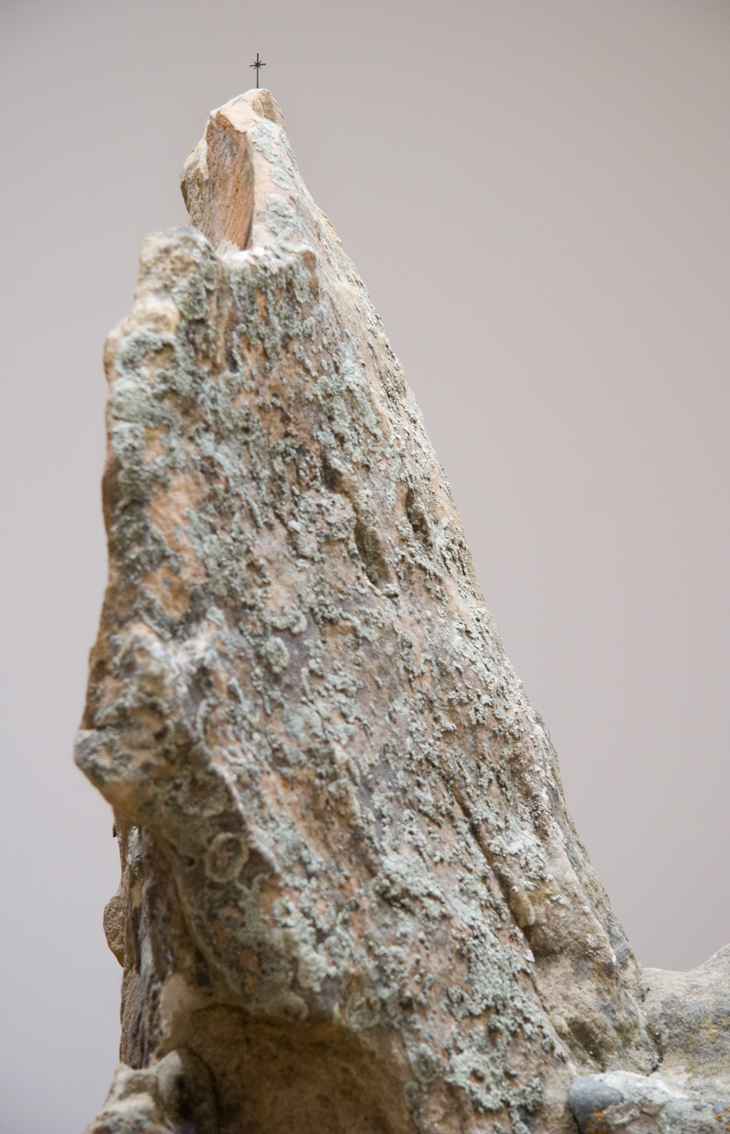 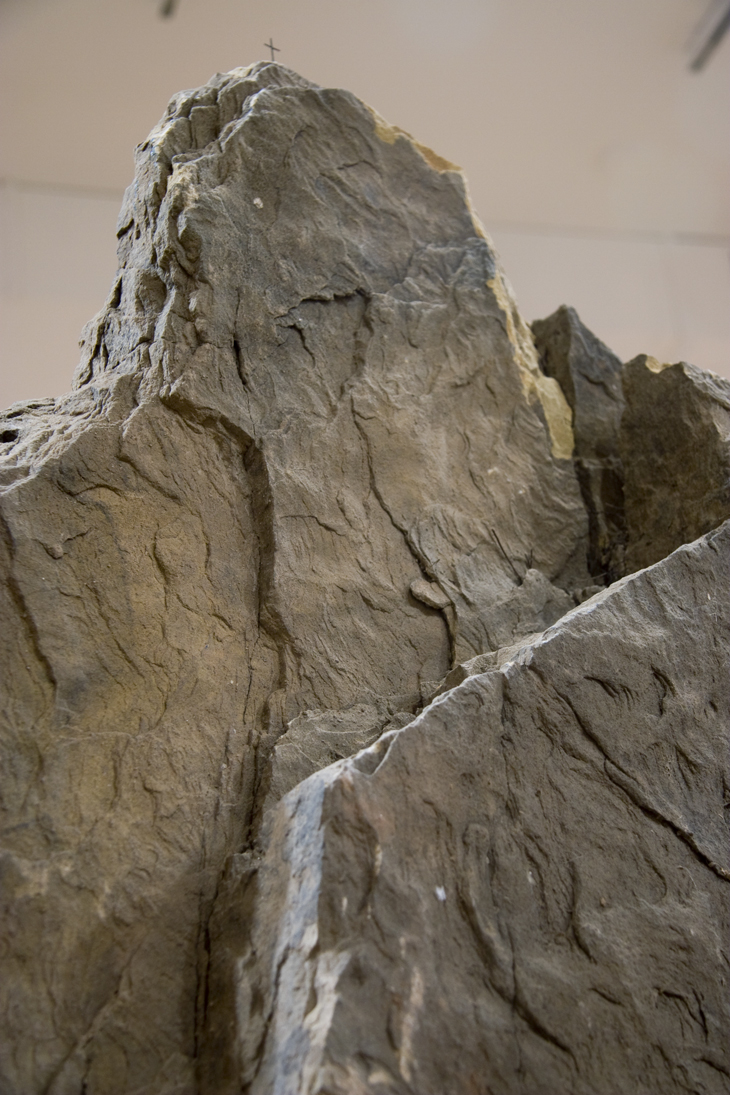 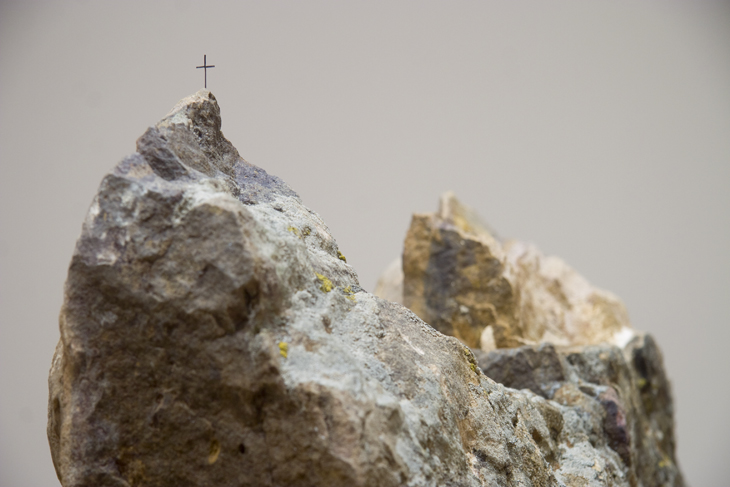 Standing on top of each of the large megalith-like boulders that comprise Summits (2009), Kris Martin’s eight-part found rock installation, is a small marker. When, and if, spotted, these identifiers change the viewer’s perspective and turn the room’s vaguely prehistoric ambiance into less numinous territory.

A small paper cross crowning each peak indicates that they have all been conquered, and by using a charged symbol whose real-life application connotes a range of meanings – of man conquering the limits of awe-inspiring nature, of a civilisation conquering another civilisation, of death conquering all – Martin sets in motion a stark thinking process.

Within the artist’s visual pun there’s also perhaps a metaphor for the importance of process in art-making itself. “The top is nice when you haven’t reached it,” Martin has said. “But once you get [there], the potential is gone. Dreams are what keep people going.”

Martin’s conceptual installation, repeating the same conceit eight times over, is a comment both on the futility of human ambition – what is left once seemingly unreachable summits have been conquered? – and also on the oppressive and absurd spread of consensual, hegemonic belief.

Reminiscent in their exotic roughness of the blue, impossibly steep and faraway mountains that steal the fantastic landscapes of Joachim Patinir and his 16th century contemporaries, these lifeless stand-ins humorously exaggerate the heights to which human foolishness and its quixotic desire can rise. “For me, they’re all very dangerous, mountains… They’re filled with a dangerous power, especially for puny little human beings, like we are.”
×