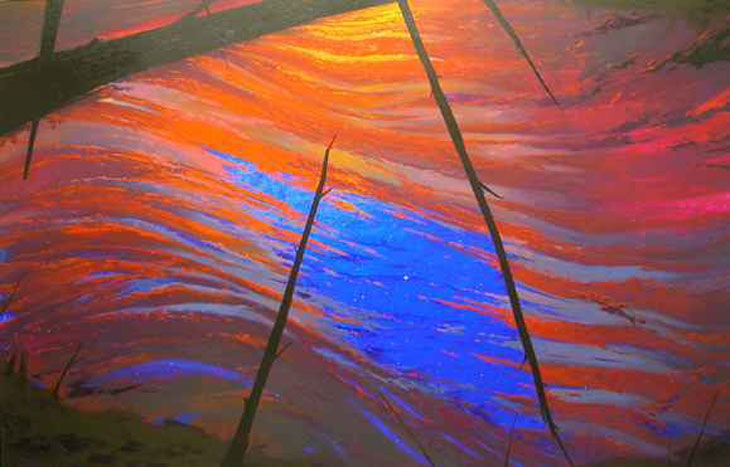 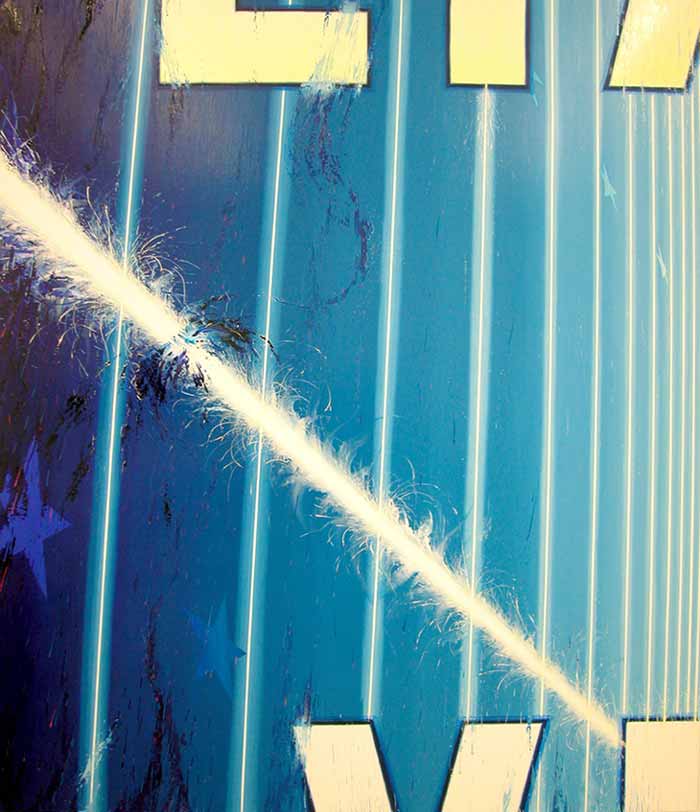 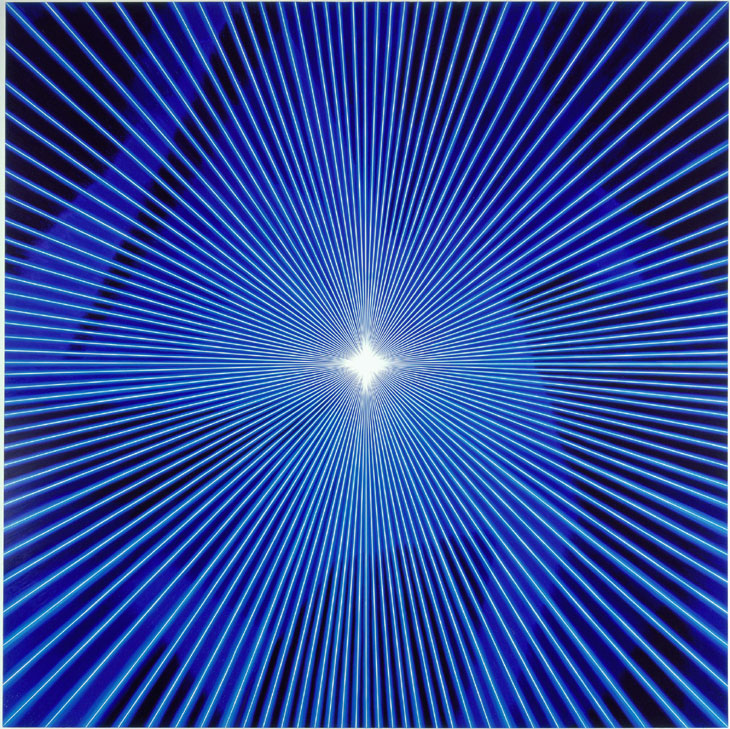 Our Banner in the Sky is based on an iconic 1861 Civil War propaganda painting of the same title by Hudson River School artist Frederick Church, in which streaks of red and white cloud fill an early dawn sky behind a dead tree to form an almost abstract double-image of the American flag. Widely circulated in the form of a mass-produced print, it was intended to rally Union supporters, indicating a victory prefigured in the heavens. Handelman ramps up the illusionistic, visionary power of the original painting by greatly increasing its size, while at the same time cropping it to strip away its surrounding landscape. Furthermore, the flag itself has been inverted, a defiant gesture on the part of the artist to express his own ambiguity of feelings regarding national identity, ideology and morality in the contemporary political climate.

Adopting the languages and motifs of iconic images, Handelman’s paintings crop, manipulate and invert their sources to formulate abstracted and fragmented fields that resound with the uncanny. Through this re-ordering, Handelman forges parallels between media, kitsch and spirituality. Inspired by American Luminists such as Frederic Edwin Church and Fitz Hugh Lane, Handelman’s canvases incorporate light as a dramatic tool, simultaneously conjuring associations of grandeur, heraldry and divinity, while underscoring their representation as artificial constructions.

Marc Handelman analyses and repackages the power of visual images. His work questions the relationship between aesthetics and ethics, making references to the glory of nineteenth-century American landscape painting, political propaganda, Nazi architecture, photo-journalism, advertising, and the USA’s most beloved home decor artist Thomas Kinkade. Choosing his sources for their contemporary and historical associations with politics, religion and social ideals, Handelman pastiches the alluring visual strategies of dogma and propaganda. Expropriating these dynamic genres from their associated ideologies, Handelman’s canvases reverberate with hollow splendour, creating a critical meta-aesthetic reflective of a new global outlook.