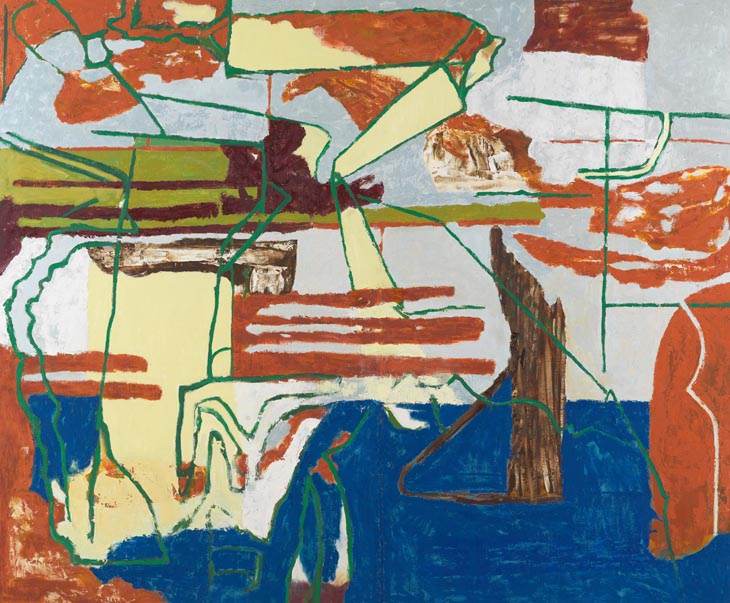 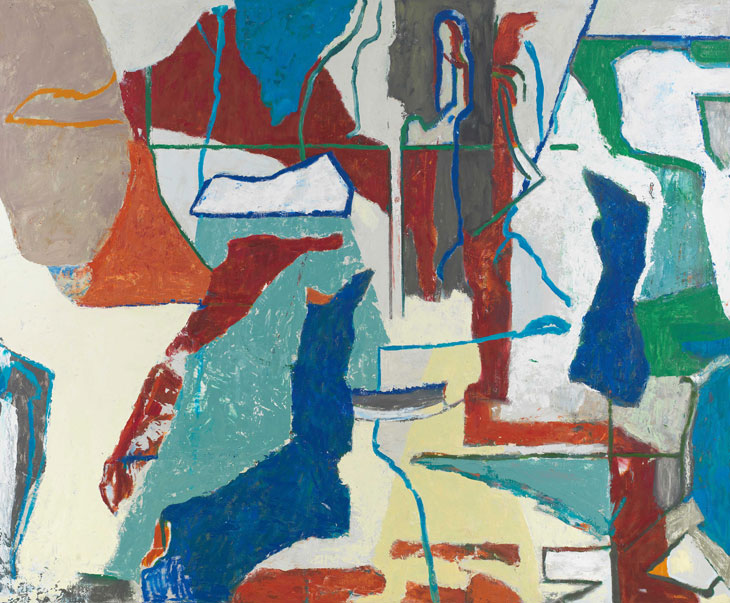 "Nature’s unfolding truth emerges only with the active participation of the human mind, and this is the engagement I would like to encourage."

Paul Bloodgood begins his process with a collage that combines fragments of his own paintings with [reproductions of]those of other artists, from Jackson Pollock to Paul Cézanne; the results read like a jump-start conversation between abstract painting and cartography.

Reading, Waiting, Copying, 2010, and Thing Language, 2010, each describe a reconfigured landscape of distorted scale and inconsistent or limited perspective, laid out on the canvas in rich, earthy-coloured shapes threaded together with intense lines. The initial collages create physical boundaries that are functional in putting the composition together which he then partially smooths out when he makes the paintings themselves. Even though the physical fragmentation isn’t carried over, the result reads in visual terms like a lack of punctuation, as areas of the painting are butted together and collide to create a new language. Bloodgood retains enough of the angular awkwardness of the mixed-up styles and scales to build up a structure within the composition, but does so in a way that lets the perspective move back and forth within the pictorial depth with a fluid lyricism. The illogical spatial relations, imbalances and distortions become the subject of the painting as much as their original source.
The physical disordering that takes place in making the collages is echoed by the conceptual jumps between painting styles of other artists which are both transferred, in different ways, into the paintings. These fictitious landscapes become investigations into quotation and reinvention and celebrations of imperfection.