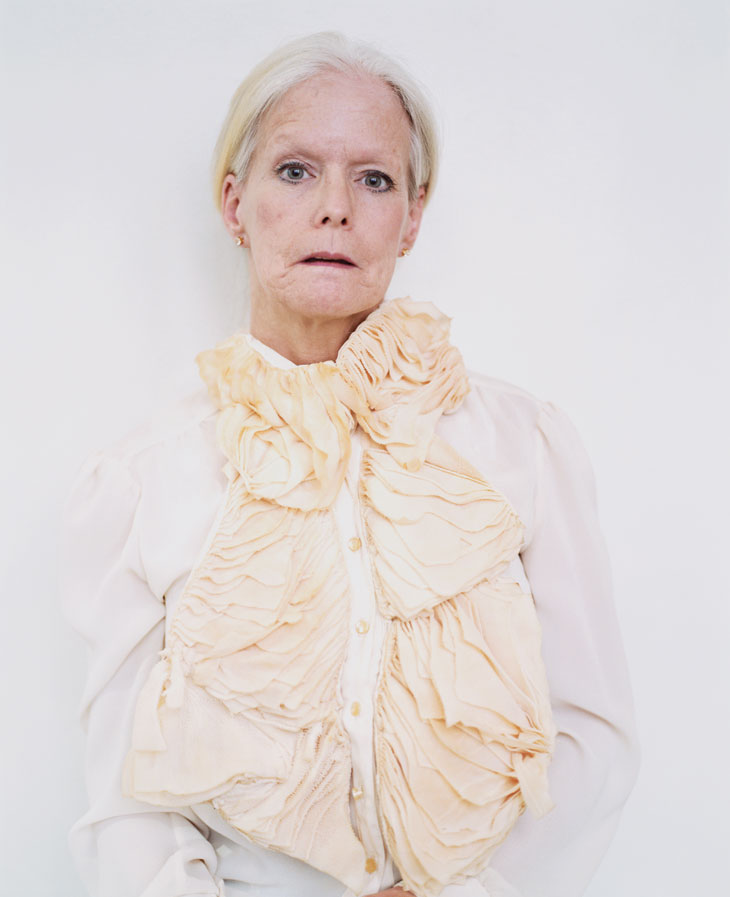 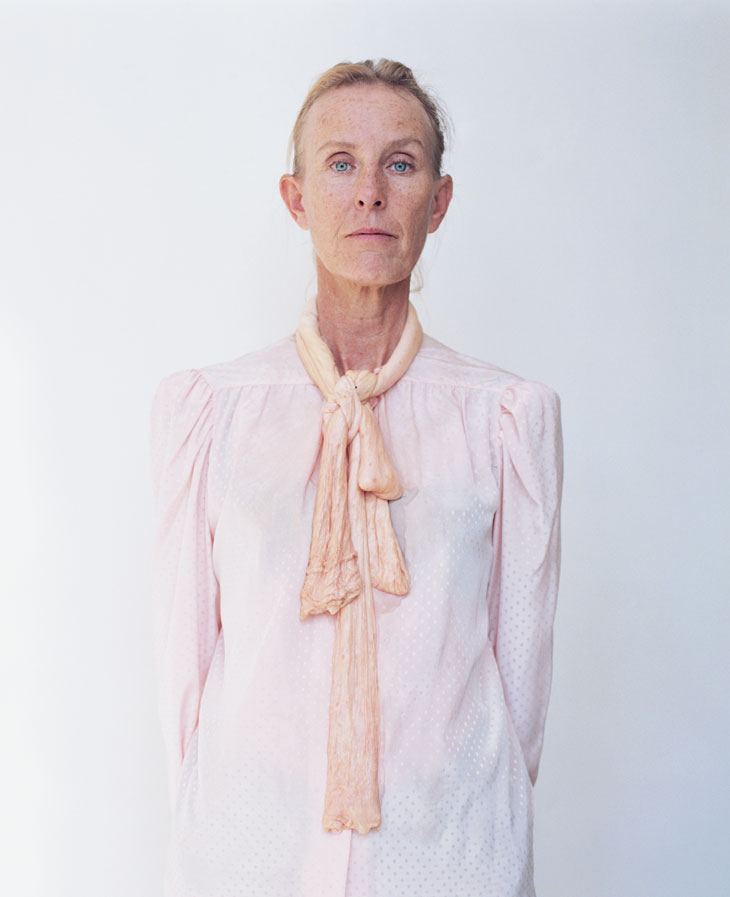 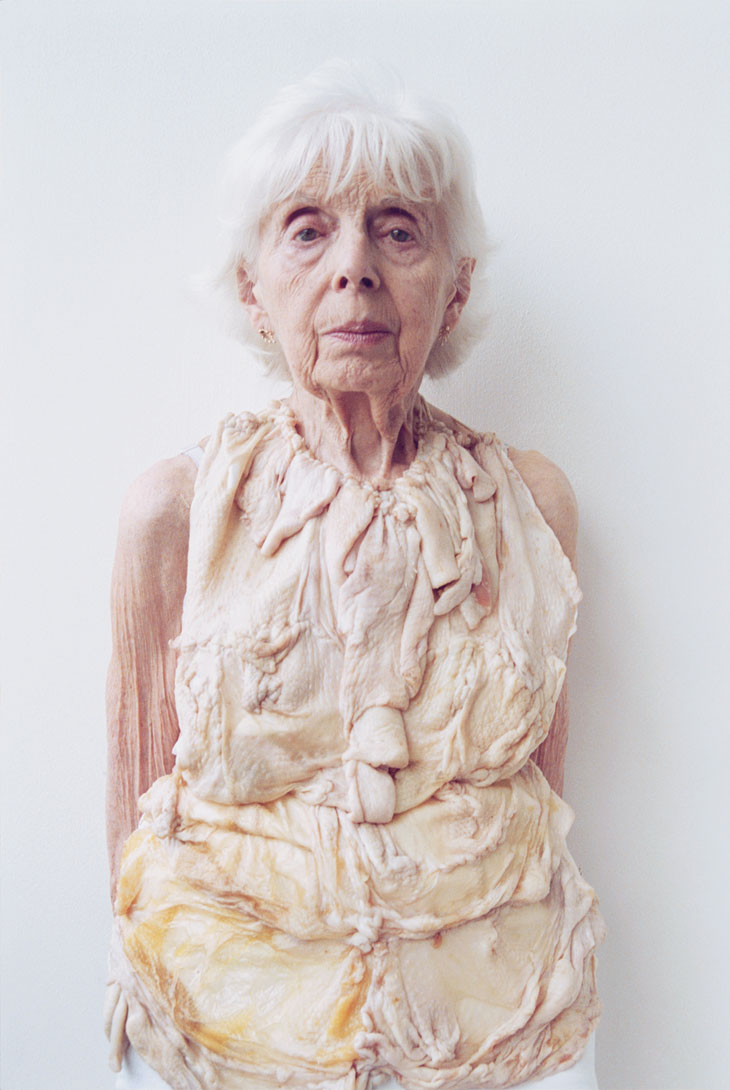 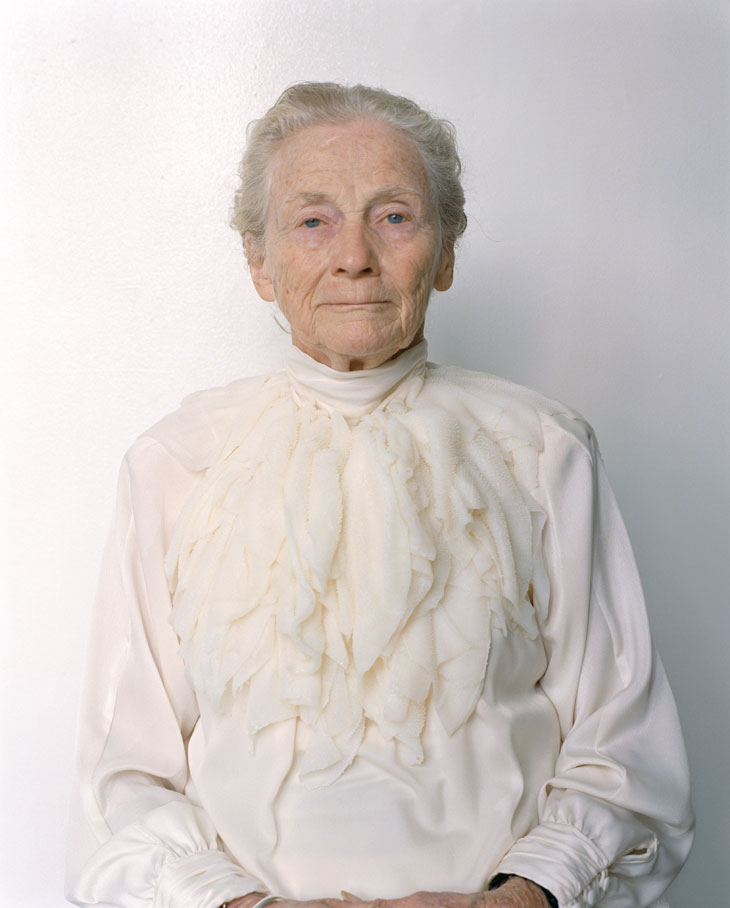 Pinar Yolaçan presents us with a paradox: the clothed body as (a kind of) nude. In her series Perishables, the artist has outfitted stoic British matrons in animal flesh.

Each woman has had her garment made expressly to complement her physiognomy. Yolaçan photographs in the manner of a 19th-century anthropologist, though it must be said, however, that her subjects are volunteers unlike the native peoples of the British Empire, ‘specimens’ who were put before the lens whether they liked it or not.

Yolaçan’s models are fading relics of the British Empire, the distant descendants (the Turkish photographer imagines) of women who were married to the administrators of distant colonies. Now it is they who submit to the scrutiny of the lens. And it is they who now bear the badges of primitiveness.

Beyond the issues of race and unevenly distributed power, however, there is a more profound question: the confused and contradictory relationship we have with the animal kingdom. Claude Lévi-Strauss famously proposed ‘the raw and the cooked’ as symbolic equivalents to nature and culture, noting that of all the animal species only humans cook food. But Yolaçan reminds us of a simpler truth: we are what we eat.