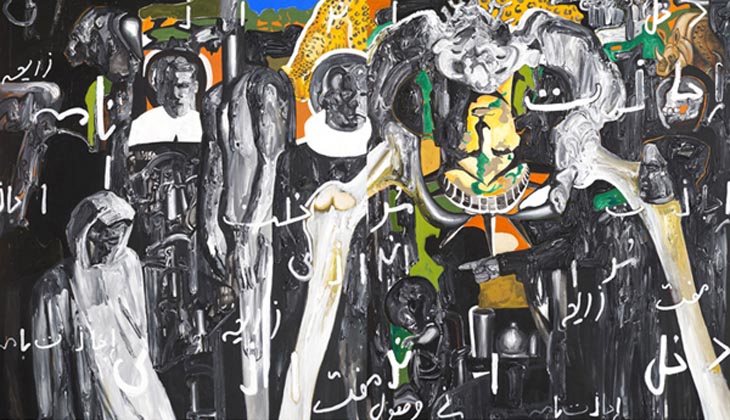 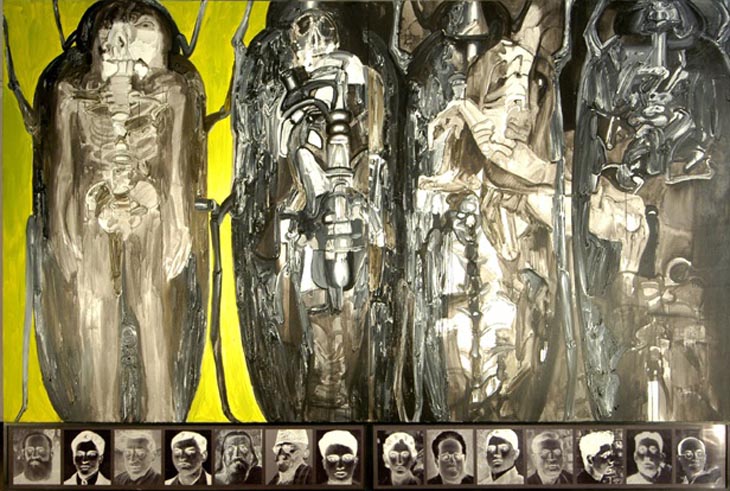 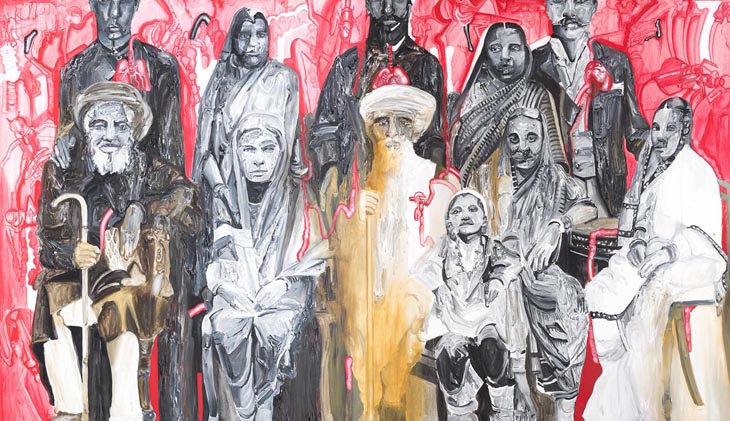 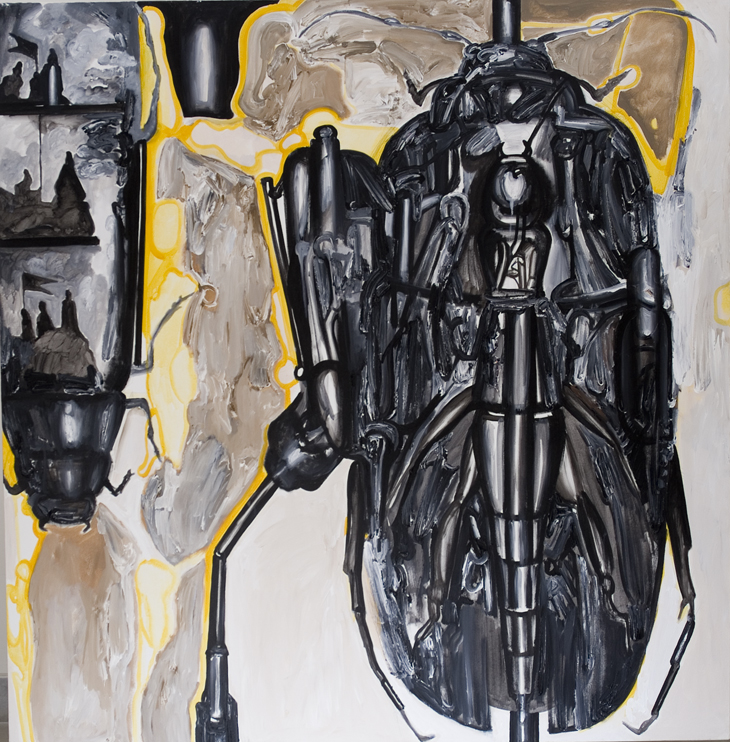 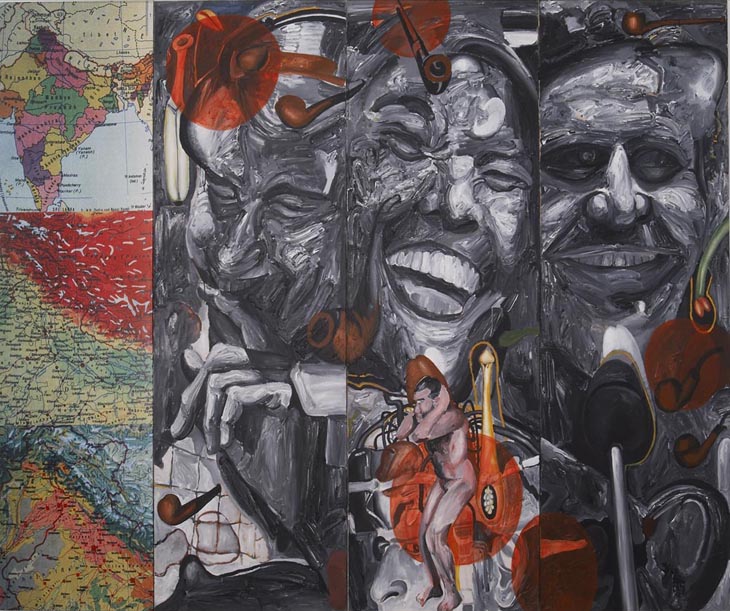 Probir Gupta’s canvases are enormous in their scale and narrative. A Kolkata art student during the Maoist uprising in India in the early 1970’s, Gupta demonstrated against routine acts of violence and terrorism. Gupta’s paintings appear as grand history paintings, containing intricate details and pulsating backgrounds. In Rats and Generals in a Zoological Park a sombre looking full-length portrait of Mahatma Gandhi stands robust in front of a coloured version of the Bayeux tapestry. Throughout the work, contoured figures and morose forms riddle the canvas. With his works, Gupta reorganises history into something messy, troubling and rueful in which nothing appears to take precedence.

Free Passage has been likened to Pablo Picasso’s 1937 painting Guernica. Gupta’s somber figures are depicted in black and white, with the words free passage painted across the canvas in Urdu. The inverted head of the statue of Liberty, camouflaged in army fatigue, emerges from what appears to be a pelvic region to the right of the canvas, as if in birth. The black and white figures possess a theatrical quality; they are shown witnessing the birth of an era of intolerance and violence. The forms appear on the brink of dissolving, as colour disappears from the foreground and becomes rooted into the distance.

In Anxiety of the Unfamiliar Gupta’s figures appear to have transformed into beetles laid out as dreadful corpses. Man, machine and insect intertwine into incomprehensible forms resembling scenes from Aldous Huxley’s Brave New World. Beneath these grotesque figures are a series of miniature negative portraits of men at the epicentre of significant episodes in India’s politically charged history.

Gupta’s portrait of the Bene Israel Family is a thoroughly engaging examination of the past. The Bene Israel were a group of Jewish emigrants, who settled in Cochin, in the southern part of the Indian sub continent, at the turn of the century. Research indicates that the Bene Israeli community soon rose to prominence and thrived in the Indian sub continent, at a time when Jewish communities faced persecution in Europe. In Gupta’s painting, the distorted background draws on the history of the Holocaust whilst the Bene Israel Family emerges from this background in indigenous attire, as native Indians of the subcontinent. This work displays the artist’s ongoing examination of identity and social history.

Anxiety of the Unfamiliar I recalls Franz Kafka’s The Metamorphosis, in which the unsuspecting protagonist of the short story wakes to find himself transformed into an insect. Gupta’s two robotic insects are painted side-by-side in an outline of muddy brown and bright yellow. Transparent in their appearance the larger of the two is constructed of a multitude of intricate limbs rooted to a robotic spine that forms the anatomic shell which holds this dissected insect together. Beside it is a smaller insect that falls from the top of the canvas and has within it an animation of acrylic figures at the crest of a mountain under a pitched flag pole wrestling with an unsettled sky.

Gupta references French Surrealist René Magritte in this painting with the same title. The space allows for endless possibilities, with multi-layered forms resting one on top of the other. For Gupta, a series of beaming portraits, floating pipes, a map of India broken up into its regional details and a naked figure contorted in a well intentioned pose form the subject of multiple narratives.