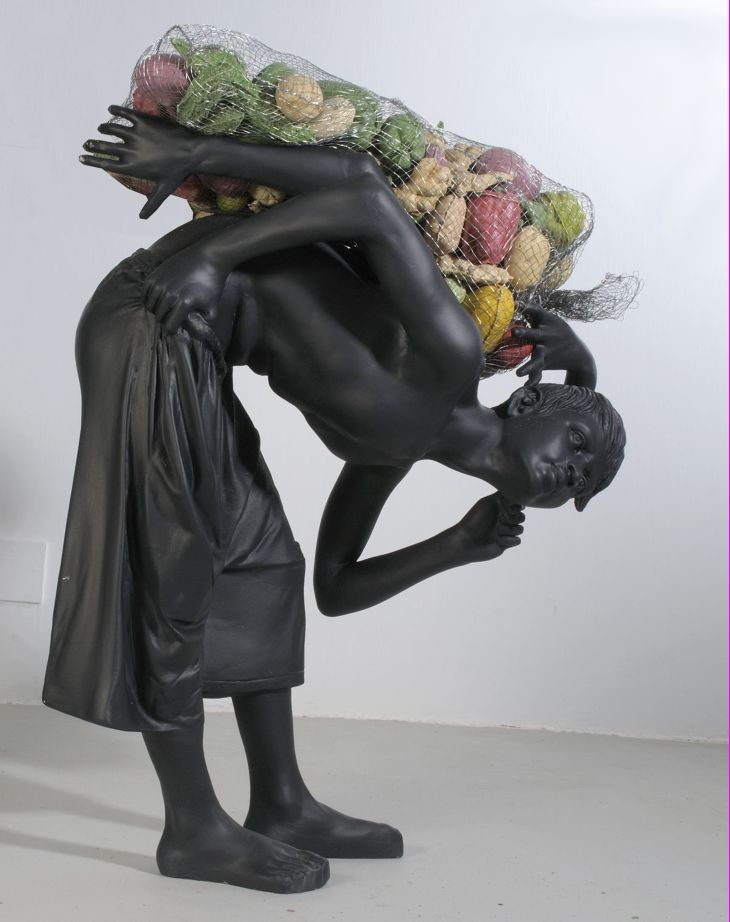 Ram’s work suggests a complex culture, reorganising and rebranding itself as a thriving new superpower. Lofty ambitions and purposeful intentions introduce a wealth of opportunity for many in India while creating dreadful anxieties for the people that are detracted by their circumstances. The artist’s bronze sculpture Heavy Load has the figure almost bent double with two arms to his right, one hand desperately trying to hold up his cotton trousers while the other pushes a wire netted sack over his shoulder. On his left side, the bronze figure appears to be holding his ear, listening to the earth with a second hand coming out from behind his head. The weight appears to be overbearing. Ram’s figure, elevated to the statuesque, appears to be crippled by the weight of the consequences of the global food crisis. Objects such as vegetables are stuffed into a flimsy wire sack, representing the need for sustenance as global trade. This work celebrates the ordinary person entrenched in a country that is suffocating for its numbers.