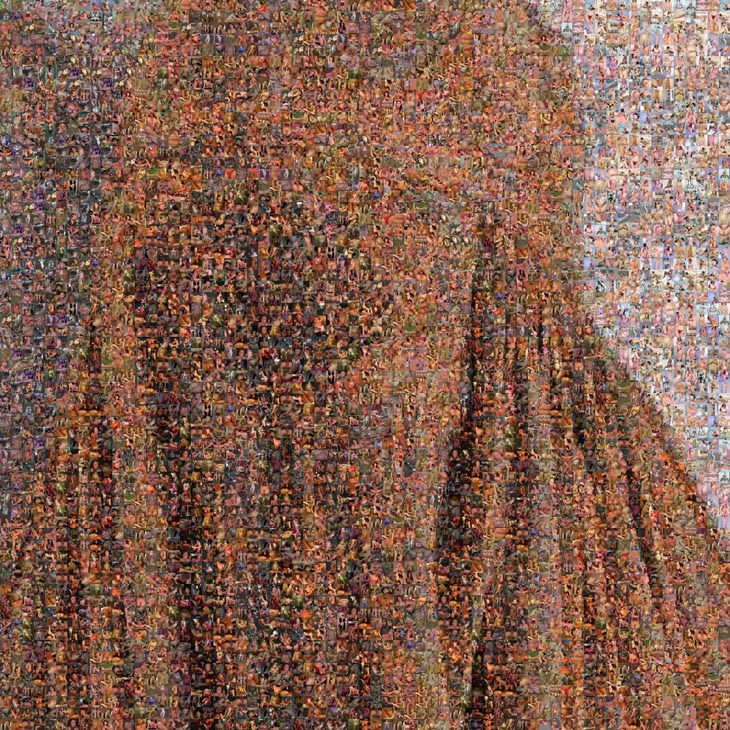 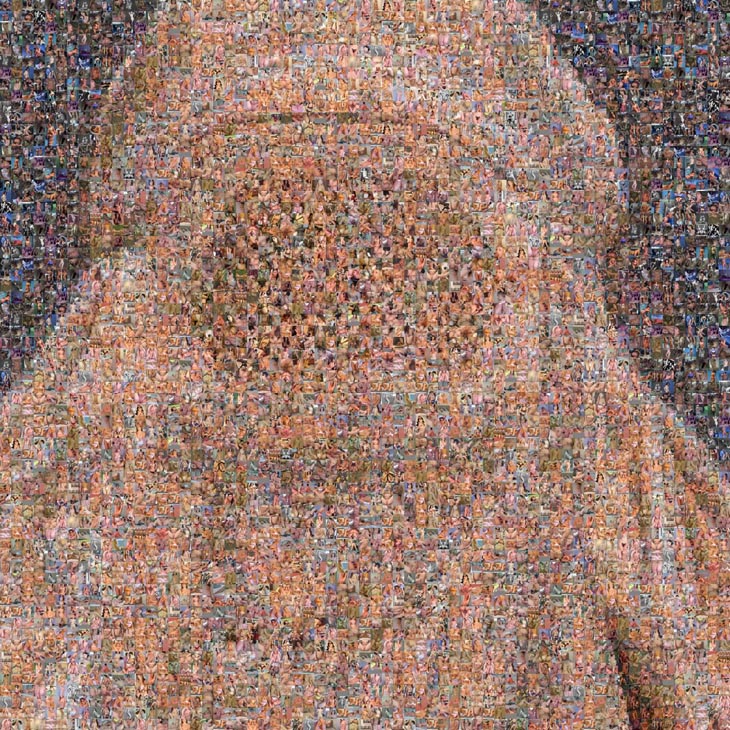 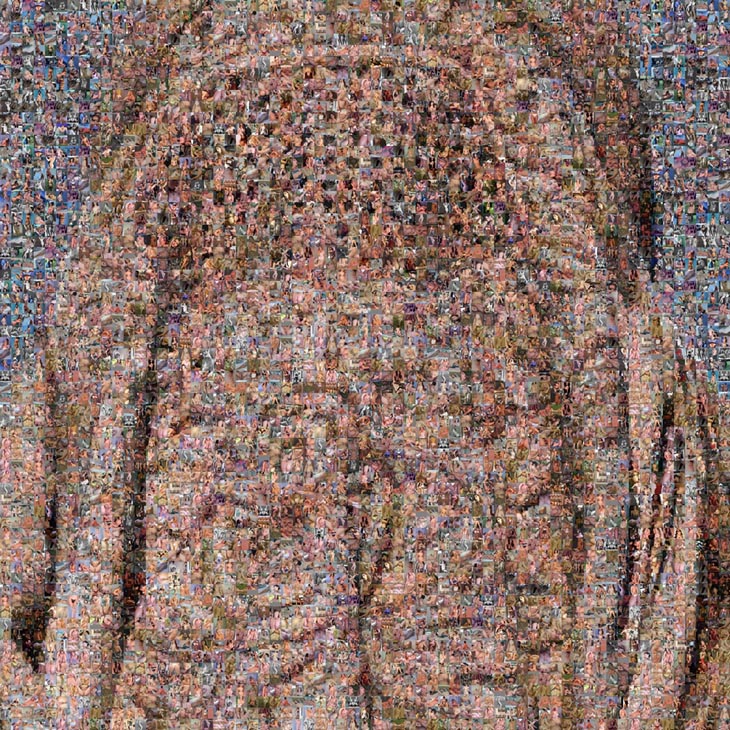 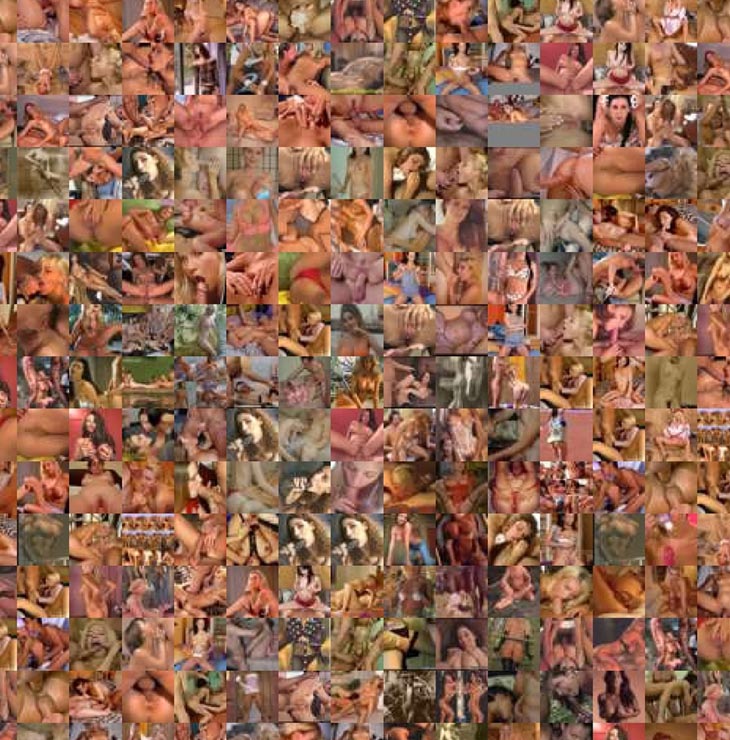 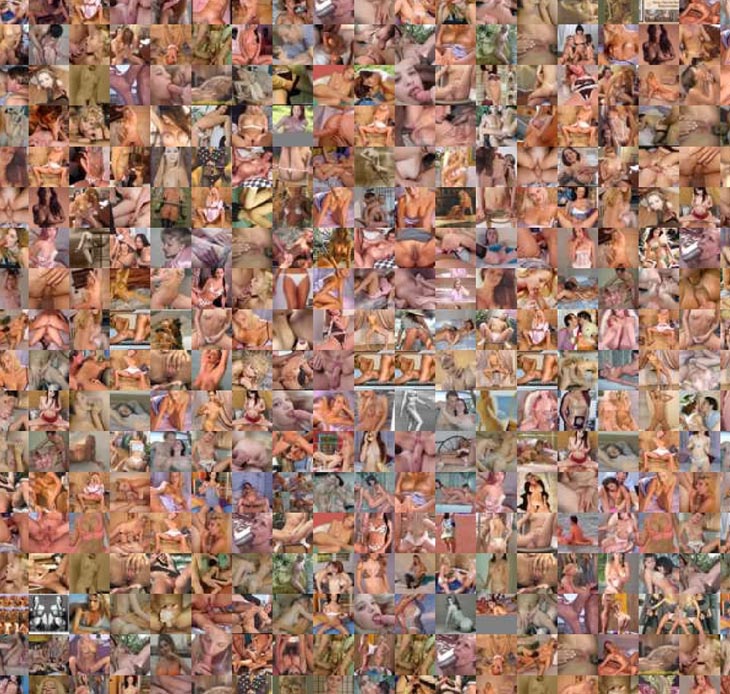 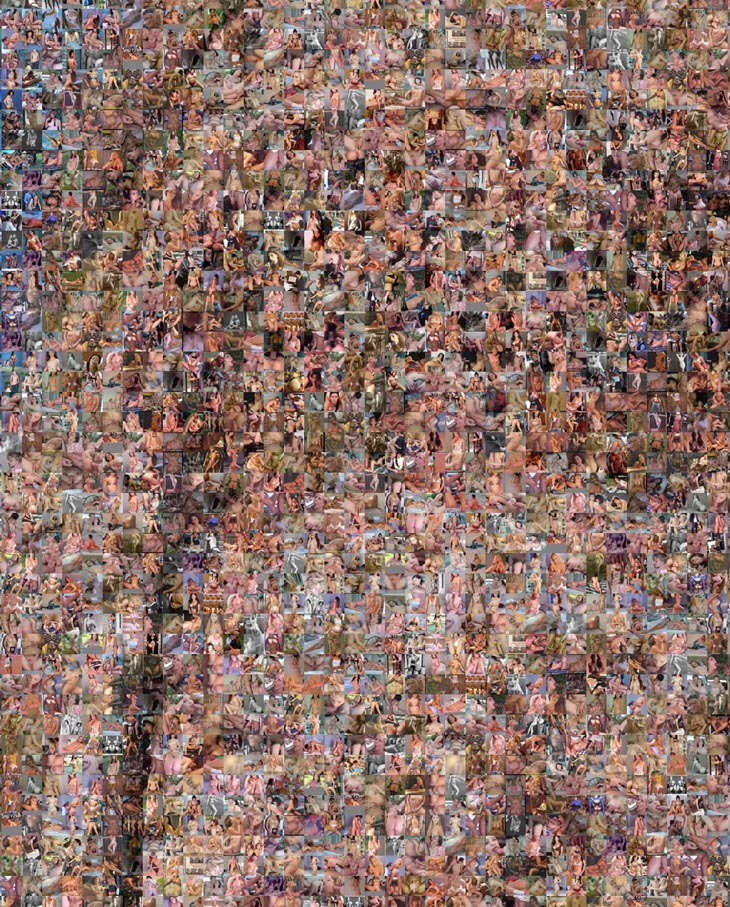 Rashid Rana critiques culturally constructed, negative stereotypes of women through his work, whether in relation to the sexual objectification of women through the pornography industry or in relation to how the burqa is worn and perceived as a political symbol in a post 9-11 era. In Veil I, Veil II & III, Rana depicts an anonymous figure dressed in a burqa. Upon further inspection, the work is actually a fragmented collage made-up of thousands of small, unfocused pornographic stills of women. By using both these representations of gender in a rigid manner, Rana is effectively destroying them both, forcing the viewer to look beyond them and critique the so-called machinery of truth from which they are born.

In The World is Not Enough Rashid Rana creates an impossible image of immense beauty from his personal accumulation of photographs of social waste, taken mostly from a landfill site outside Lahore, the cosmopolitan city of Pakistan where he lives, as well as from the city itself. Reduced to miniature pixels of information, the details that form the much larger image, of what appears to be the undulating sea, are in fact hundreds of images of trash digitally ‘stitched’ into a non-existent aerial view that bear an uncanny resemblance to the large canvases of non-representational art from the post-war era. A sense of the scale and singularity of man’s ambition is indicated, not through great feats of industry or the miracle of science, but through one of the residual by-products of our age. Here, as elsewhere in the artist’s work, the juxtaposition of beauty and the macabre forces the viewer into an acknowledgement of the politics of the piece. A work that appears on one level to represent a notion of ideal beauty is in fact based on a more troubling examination of the increasing detritus and decay of the city.
×