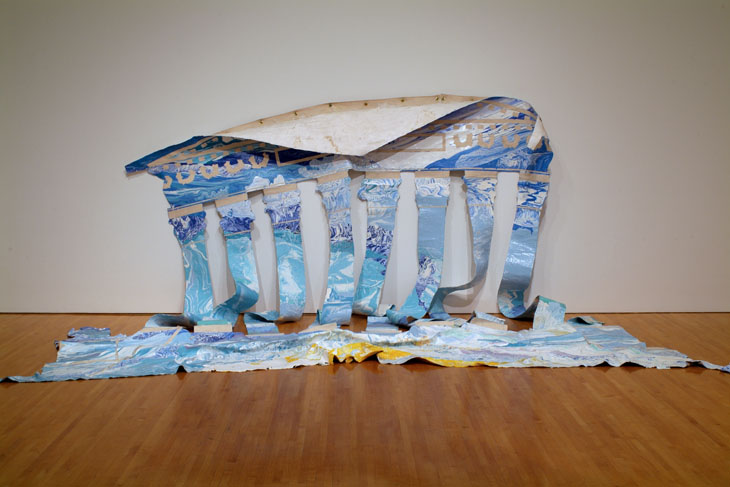 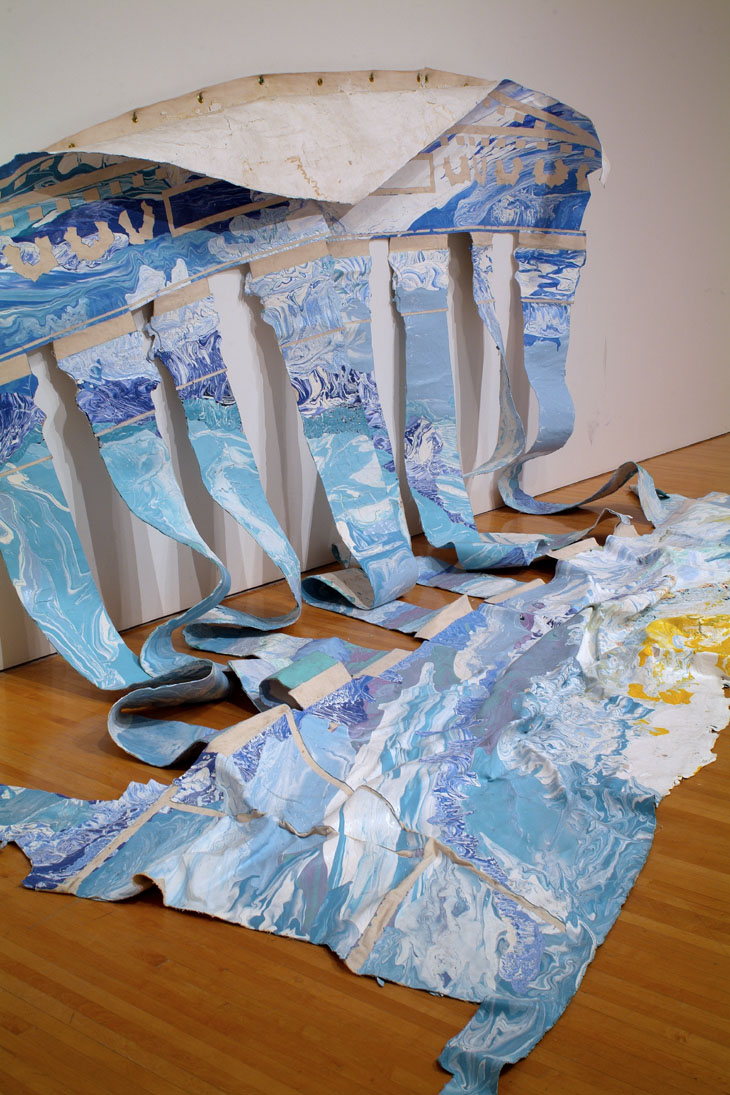 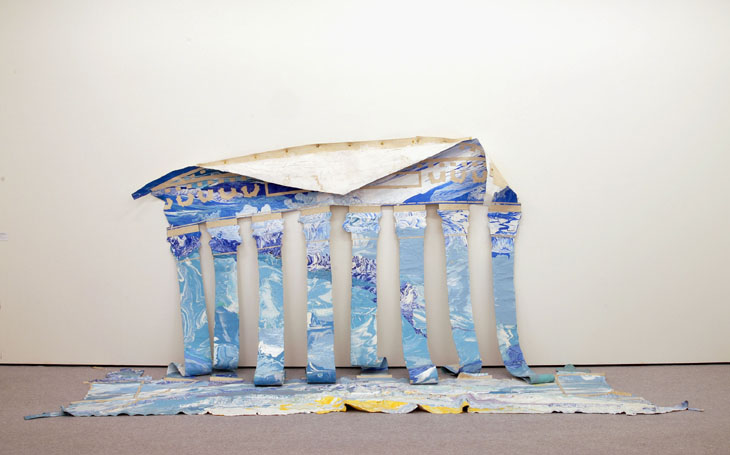 Rodney McMillian’s Supreme Court towers as a monument of dysfunction. Cut from canvas, and placed unstretched on the wall, McMillian presents the great American institution as a ramshackle ruin, a floppy and flaccid emblem of lost power. Adorned with poured paint to create a ‘marble’ facade, McMillian’s halls of justice posit this ‘downfall of the republic’ as humorous and poignant protest, rendered in the subversive scrawl of graffiti. Surging forward as an unruly wave Supreme Court implies disaster in its wake.
×