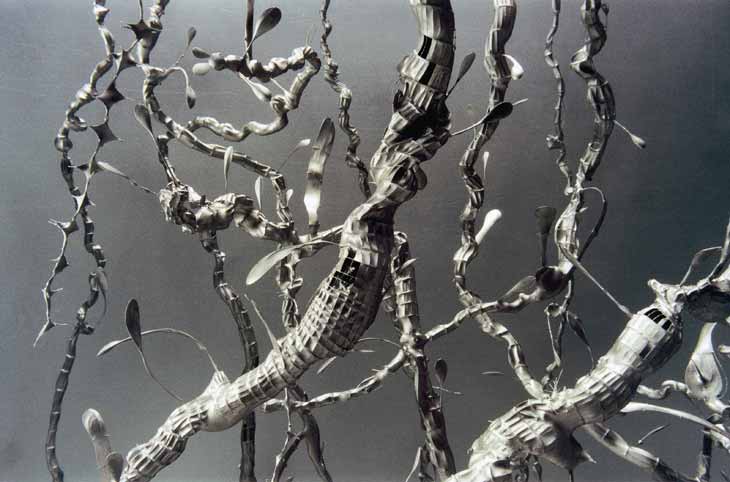 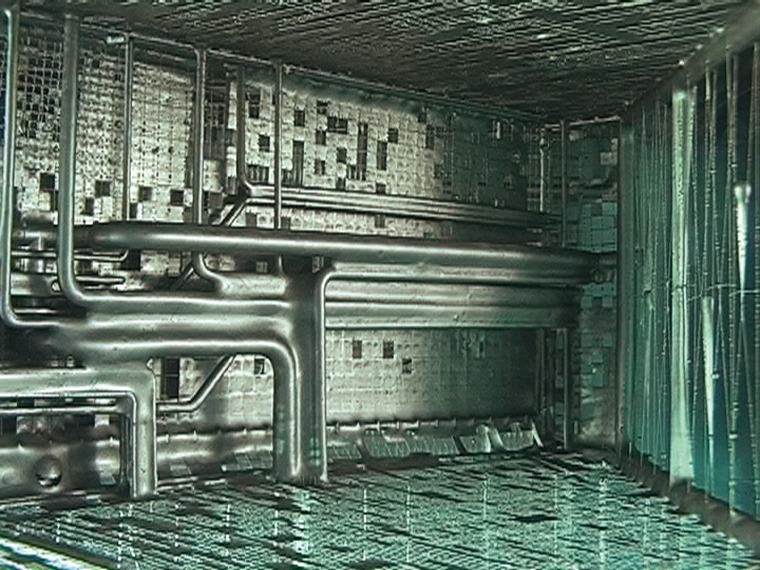 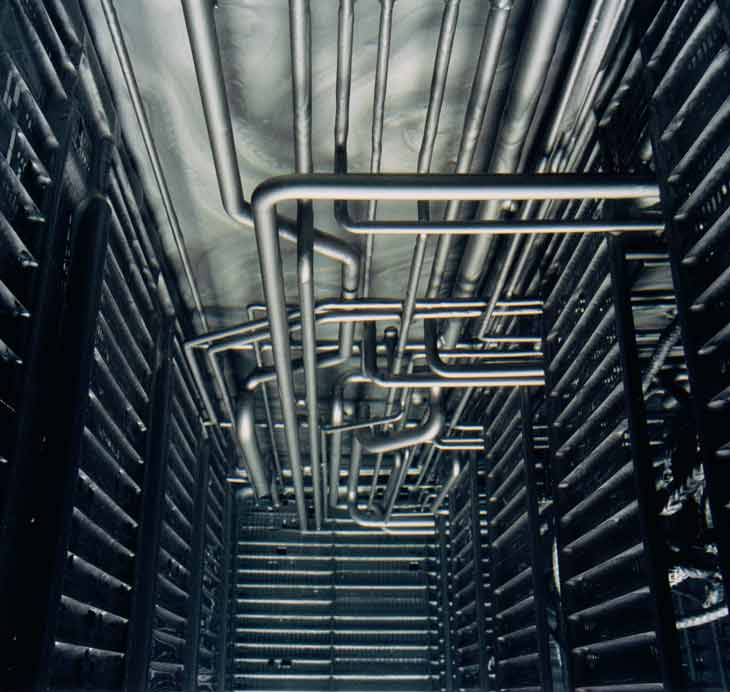 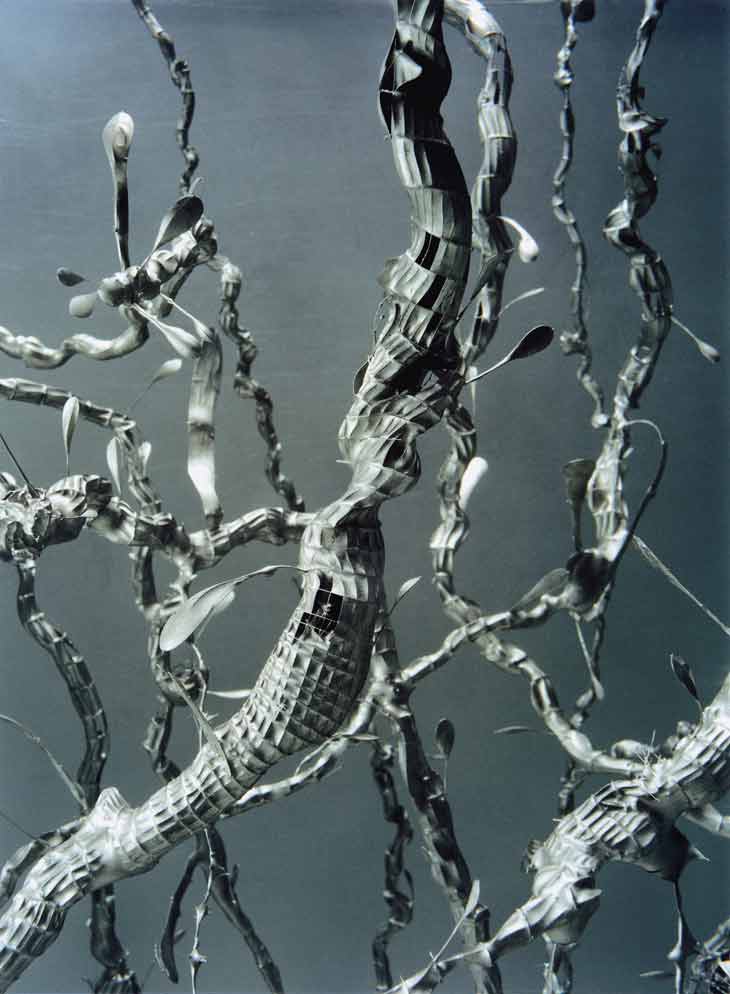 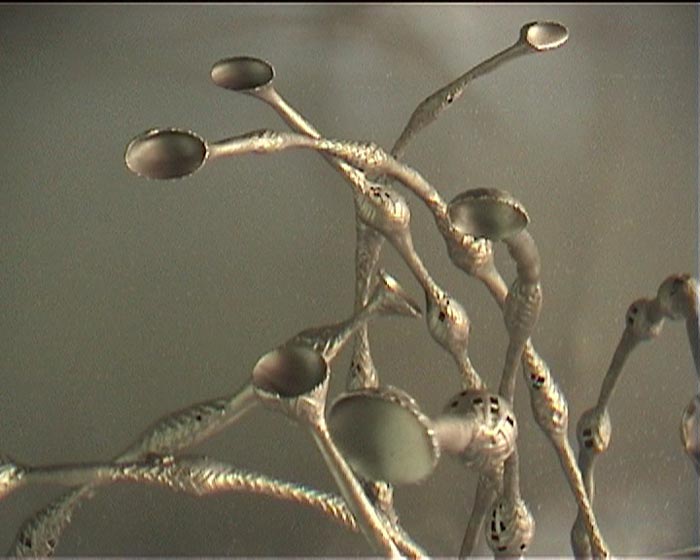 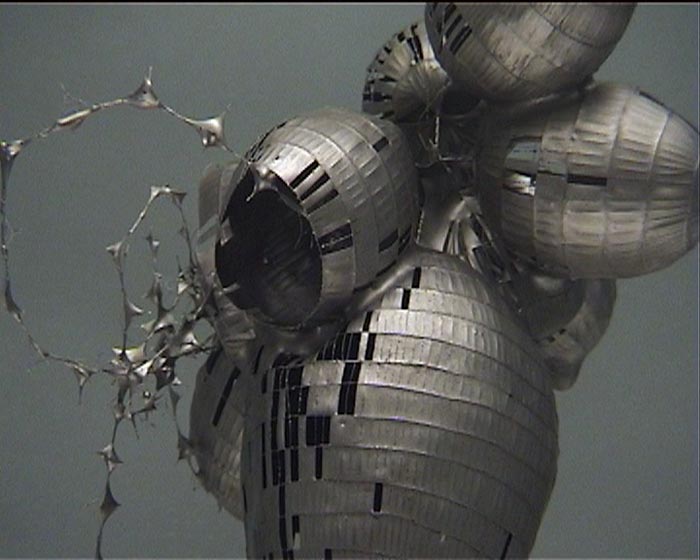 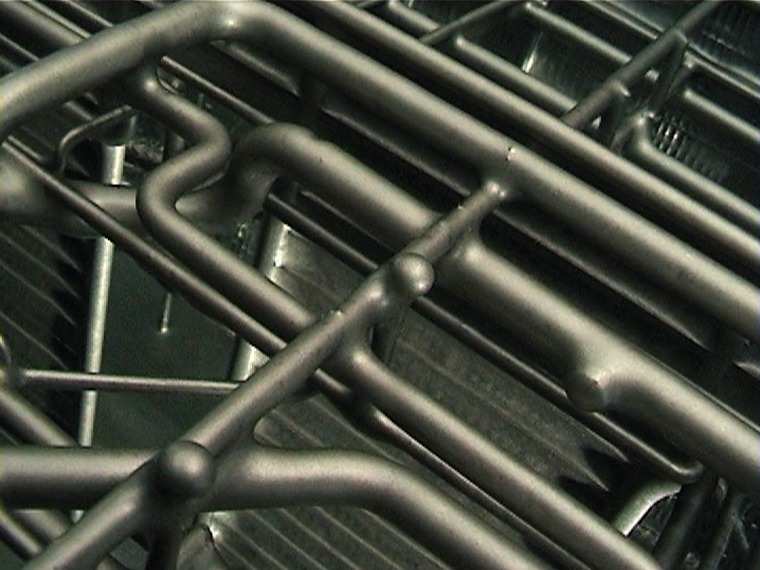 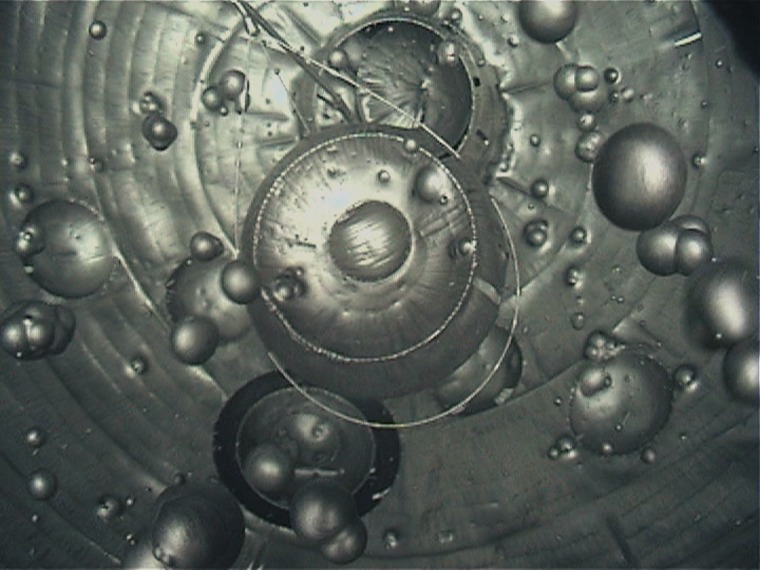 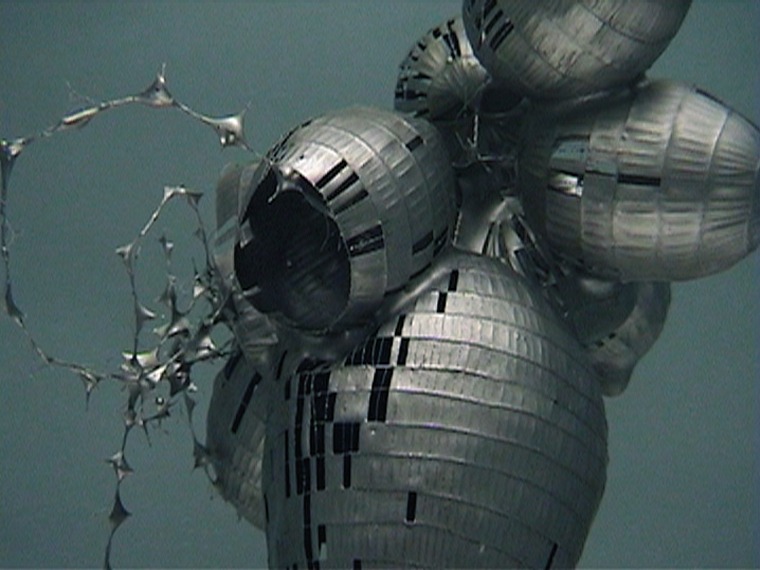 Interloper is a fictional story based on the syndrome Pseudoligica Phantastica, where invented experiences are presented as reality.

The video is set within the endless corridors of a hospital with the off-screen narrative told by a supposedly married man who claims he is a surgeon.

He wakes up from a nine-month coma, has a near death experience and floats above his deluded self through the basement bowels of a hospital. He briefly realises that he has become fiction as he sees his character carry out unqualified medical operations. A clue to his state of mind is offered when he realises he grew up in an experimental lab, a secret incubator of young prodigies that was housed in the basement of the hospital.

Referencing computer-generated imagery, the liquid visuals in Interloper are entirely analogue, shot in real-time in model sets. Skeletal objects, architecture and living forms are given a “skin” when dipped in paint and submerged underwater. Materials are animated through this unpredictable confrontation of oil and water and oscillate between representation and abstraction.

This film won Olde Wolbers the prestigious Baloise Prize, Art Basel in 2003 and the Becks Futures Prize, London in 2004.

The electronic soundtrack is by Jem Finer.