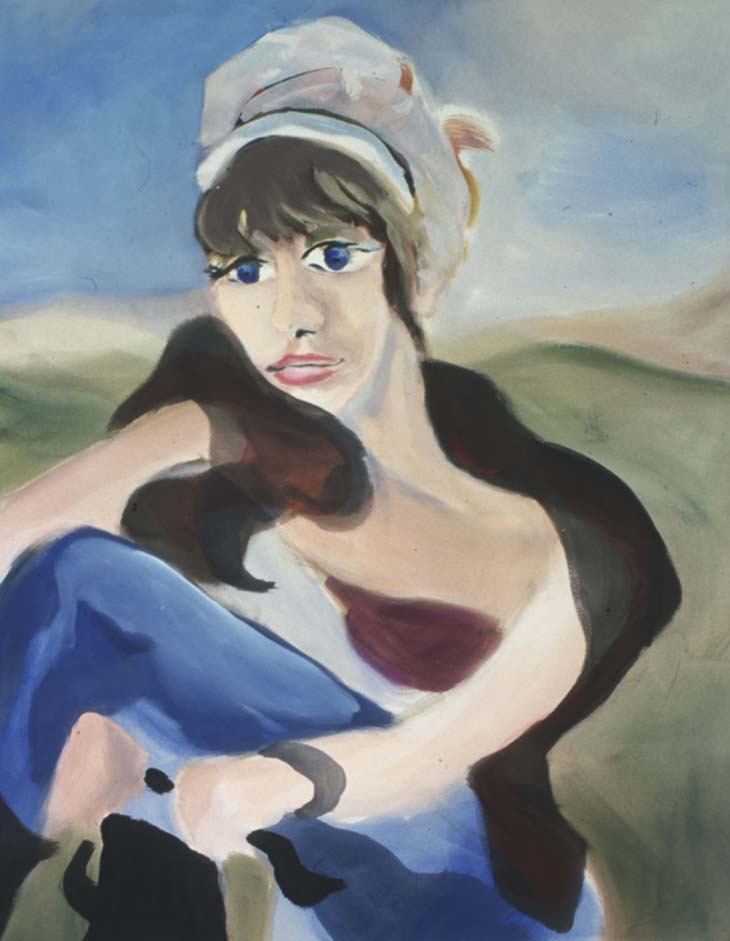 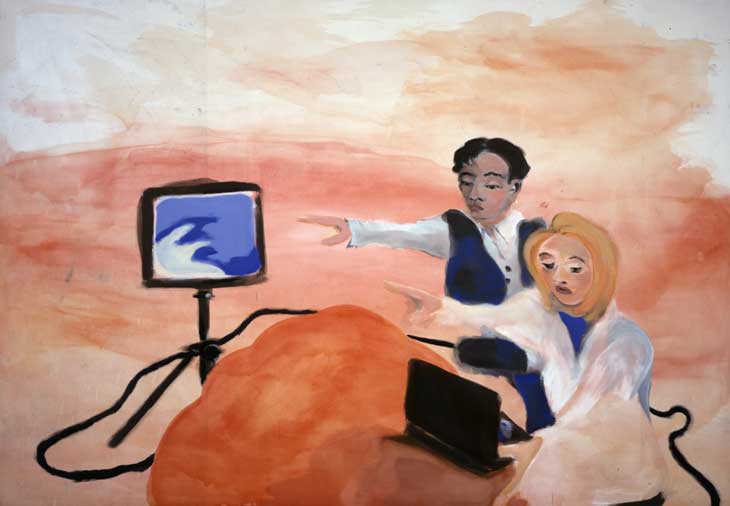 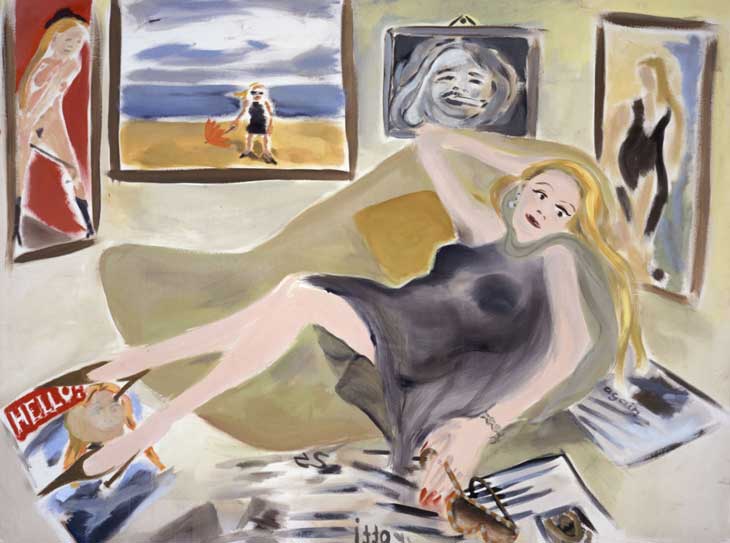 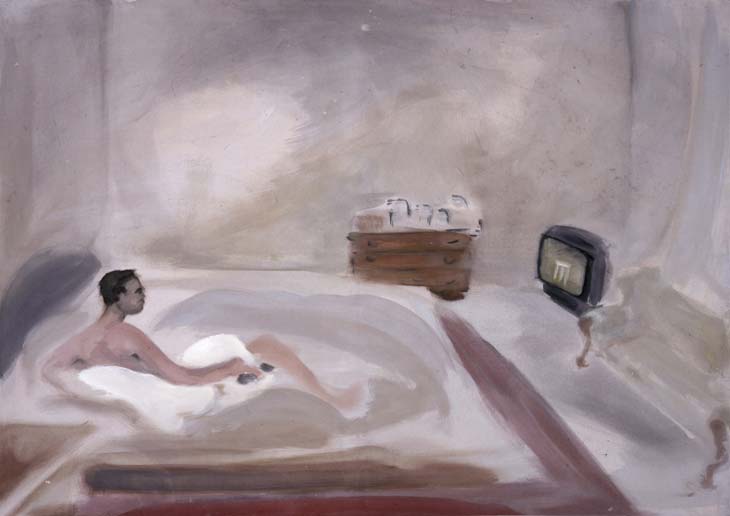 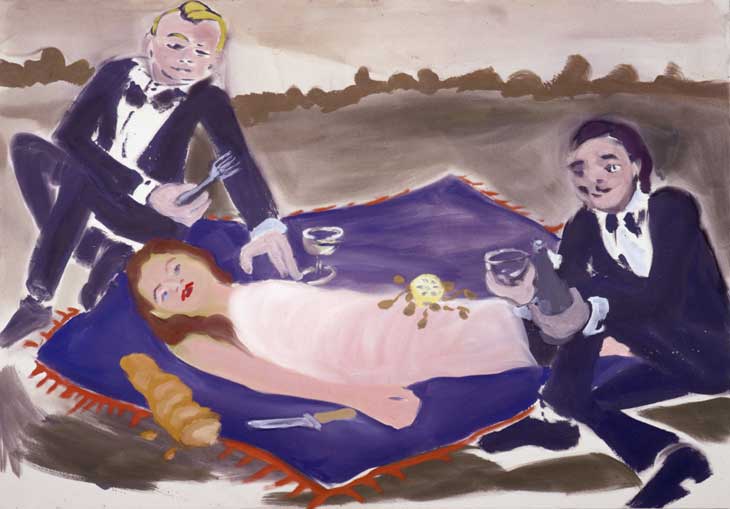 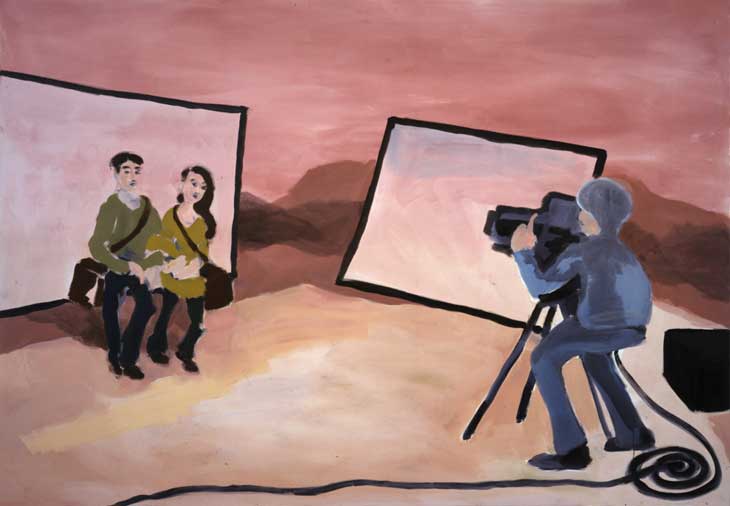 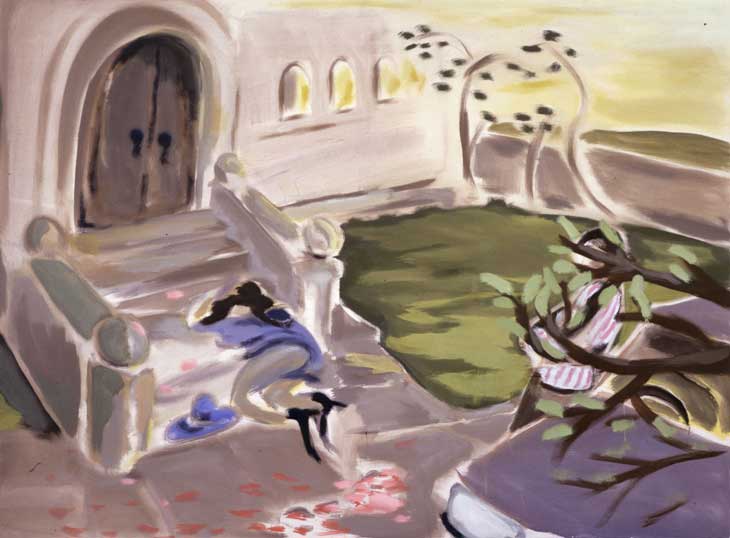 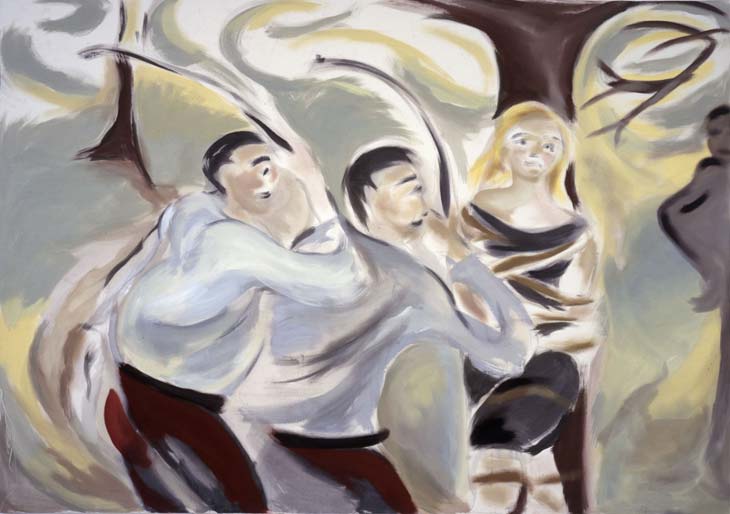 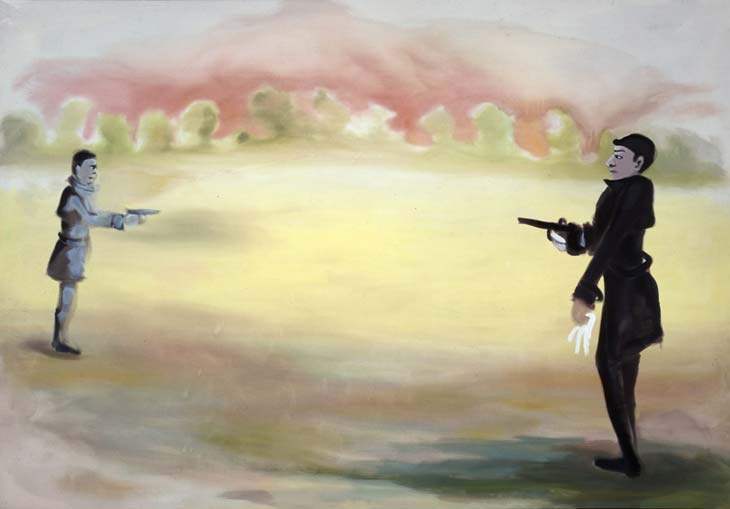 Sophie von Hellerman is a young German artist working in London. The title of the painting Christo Paffgen is the real name of Warhol protégé, Velvet Underground vocalist, and unrepentant lifelong heroin addict Nico. The 1960s icon was infamous for her sexual endeavours and drug abuse. Rather than capture Nico in all her excess von Hellermann chooses to depict her before she lost her beauty, interest in life, and eventually her death in relative obscurity, and mystery, in Ibiza in 1988.