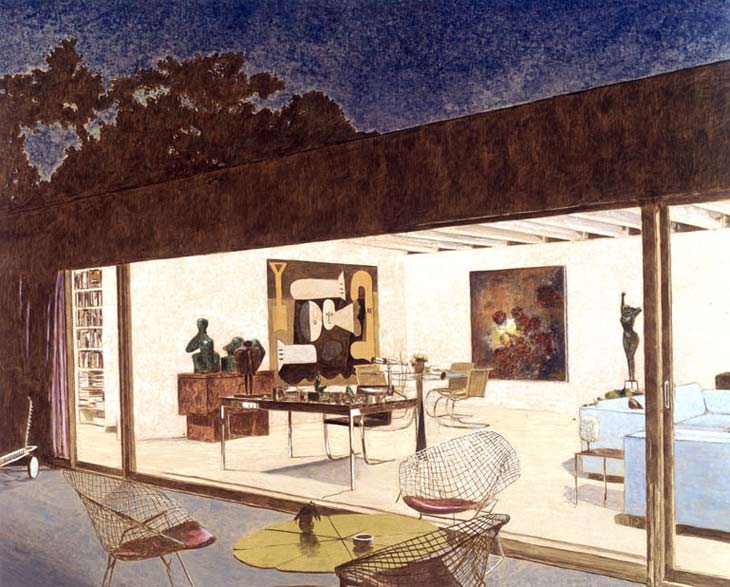 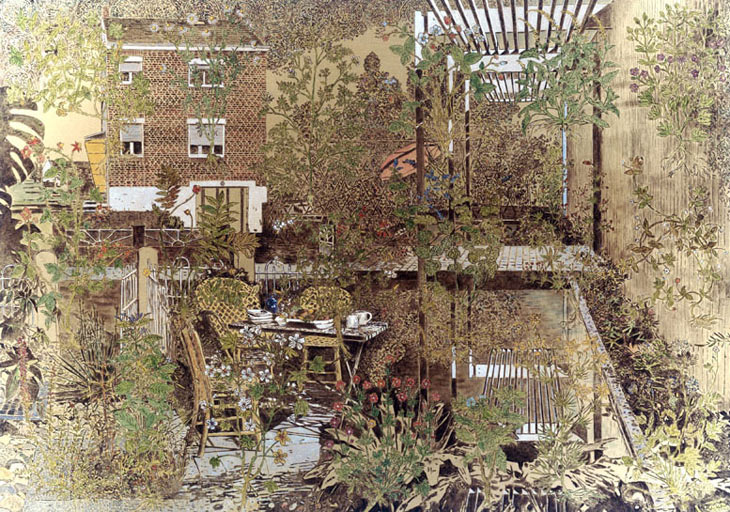 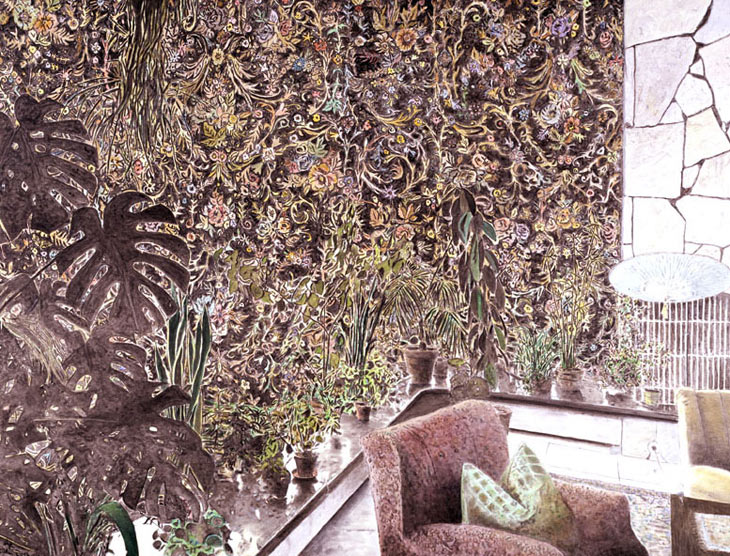 Stefan Kürten’s architecture-based compositions propose a new Germany growing over abandoned constructs and aspirations of a fading past, where memories are broken down and allowed to mutate into dizzying pattern and abstraction – and, notably, where man-made structures and nature are seen to coalesce.

Decorativeness and ornament permeate his oil paintings. The surfeit of roots, branches, foliage and flowers looming over interior objects and neat brick walls is almost impossible to take in all at once. The subjects in the mid-century art collector chic of Ultramarine II (2004), the busy pattern and soft furnishings of Long Time Now (2002) and the backyard vertigo of flora and collapsed modernist housing of The Handsome Family (2004) and Heartbeat (2004-2005) share a slightly aggressive sense of wild, untamed beauty perhaps most disquieting in the overgrown brutalism of Silence (2001). Rich metallic tones imbue his motifs with an unreal, oneiric, displacing them from their usual context, as if referencing the look and connotation of religious illuminations.

Kürten’s catalogue of imagery merges the impersonal with an intimate sense of presence, creating a weird domestic geography that’s both comforting in its familiarity and asphyxiating in its excessive detail. As the artist puts it, ‘the paintings are differing versions of an idyll, or rather stages of disappearing idylls. They seem to find a last refuge in all sorts and styles of picturesque houses with manicured lawns and cosy living rooms, or tamed and domesticated versions of nature, the gardens and parks of our communal recreation, counter-images and escapes from the quotidian and its purposeful rationality. Like faded images from a long expired dream, their very lack of authenticity makes them true.’