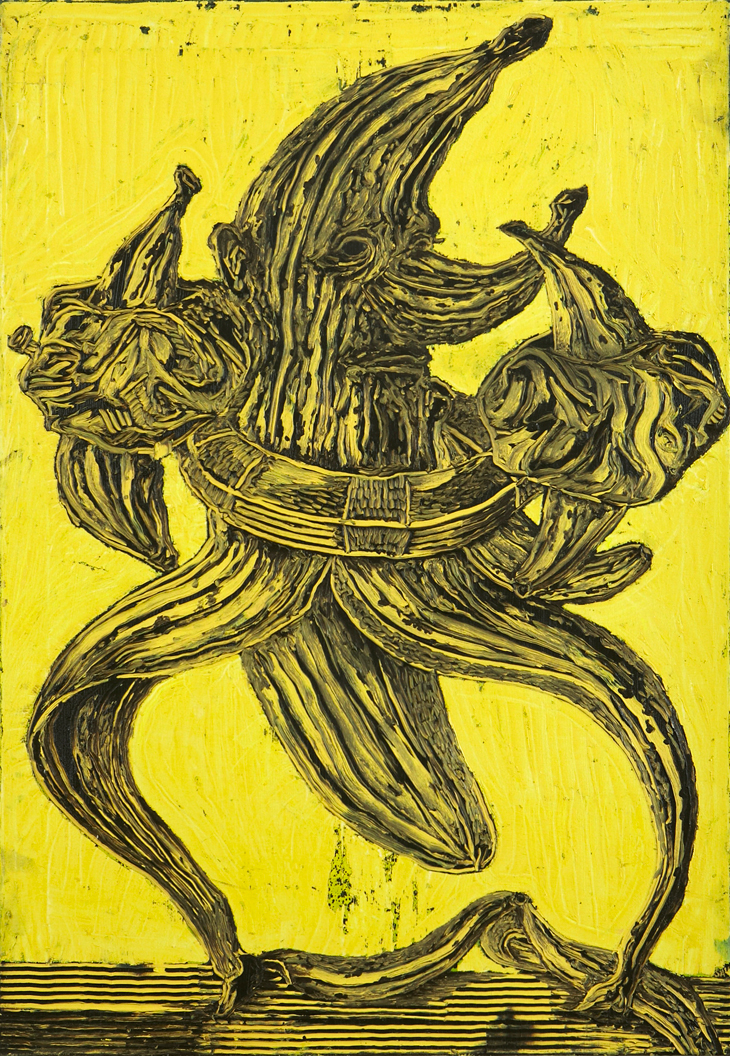 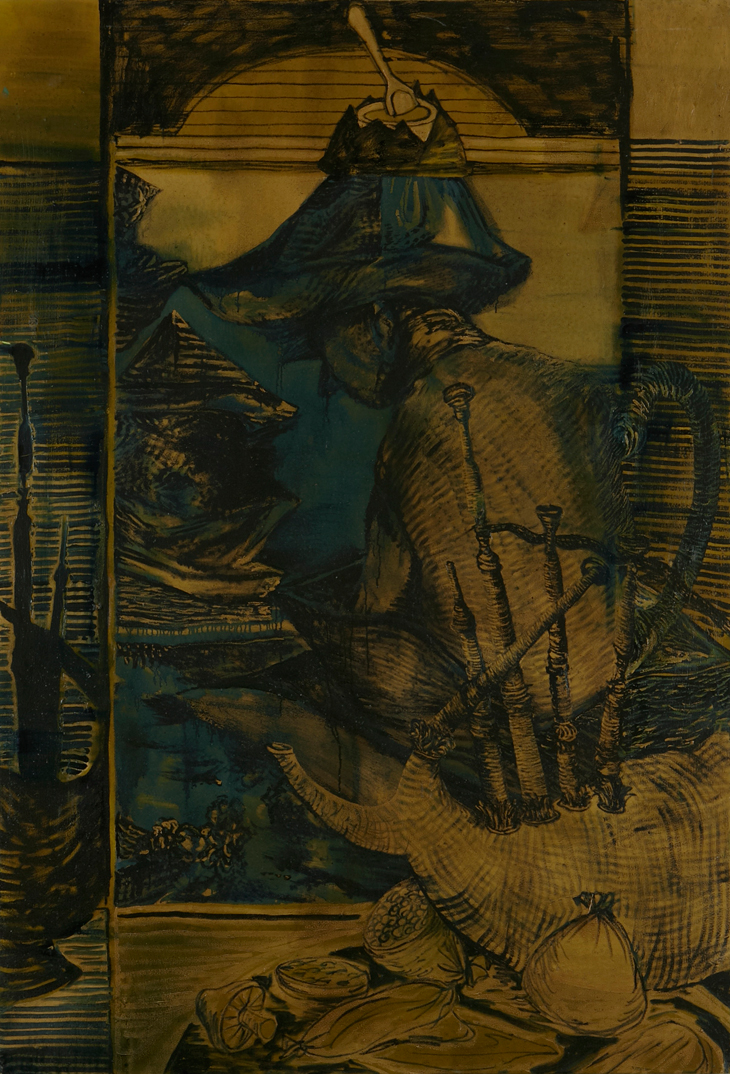 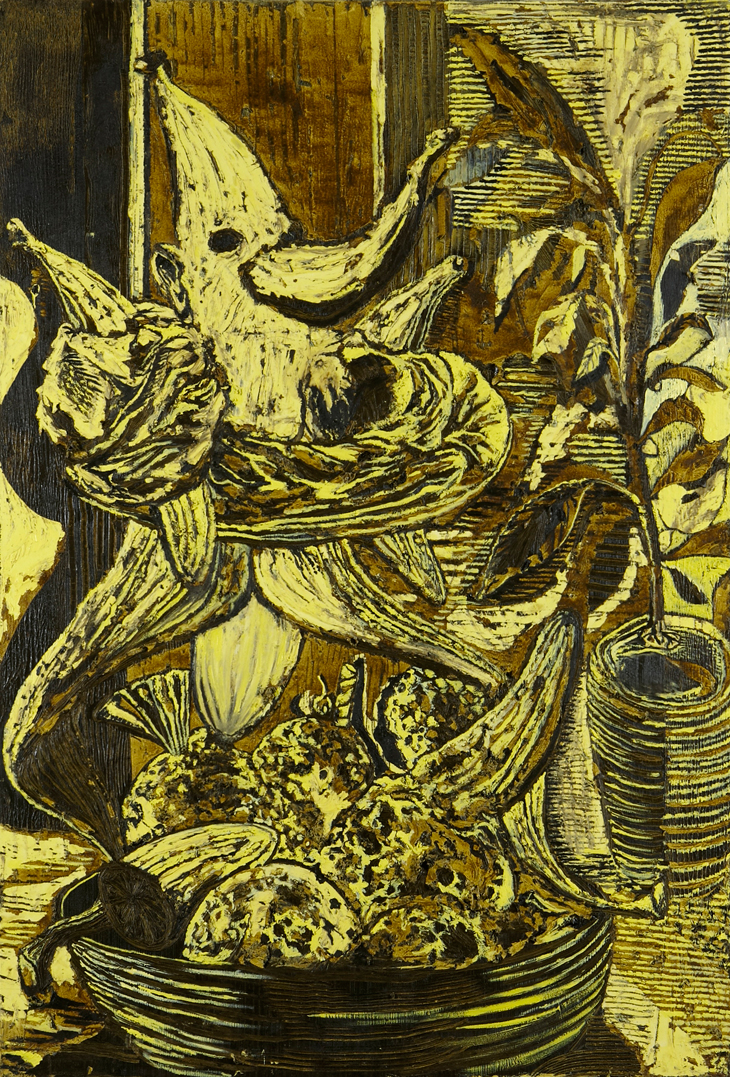 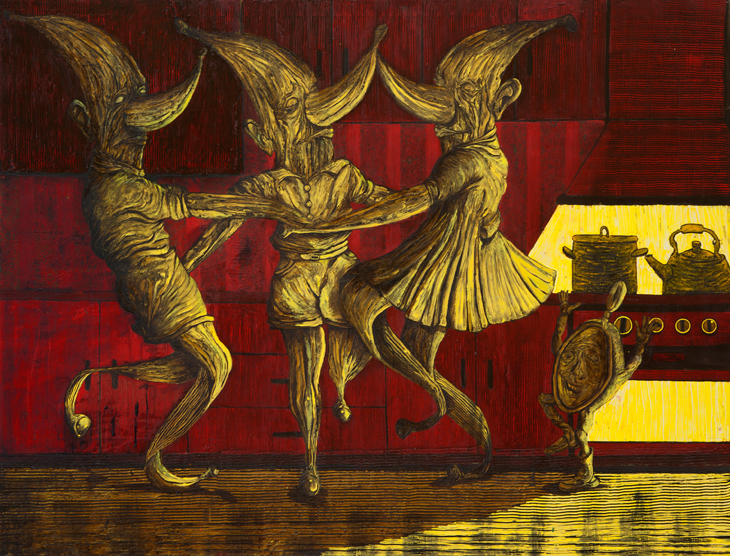 Steven Allan’s works are paintings that act like prints. His brushstrokes seem not so much applied as gouged, their scratched and apparently subtractive strokes redolent of the physicality of the woodblock printer rather than the delicacy of the painter. It’s perhaps the starkness of the printed image that particularly appeals to Allan: his works seem lit by flashes of lightning, the shadows graphic and hard. Their allusions to the printed picture calls to mind a history of book illustration that seems relevant to Allan’s curious iconography of characters. His banana men, leaping, scuttling or dancing in wild abandon, seem distant cousins of Tenniel’s proto-surrealist images for ‘Alice in Wonderland’.

In One Off The Bunch, a banana man seems frozen in a spotlight, ostensibly caught stealing a banana from a large bowl of fruit in the foreground; in Peeley Wally, his two banana arms wiggle, his mouth wrinkling in anxiety. Allan’s characters may be proxies for the artist himself; like Philip Guston’s Ku Klux Klan self-portraits, an acknowledged influence on the artist, this is the artist as a sad clown in a floppy hat. Even when the banana characters dance – in We’re All In This Together, a rueful allusion to contemporary politics – they’re spindly, weakened, cheered on by a stopwatch that gleefully awaits their demise.

And in Stains of a Decade – whose gloomy atmosphere and deep recession makes it a kind of semi-comic version of Durer’s Melencholia I – the artist seems adrift on a lonely coracle, with an irresistible punchline: a spoon poking out of his brain, like a grapefruit.