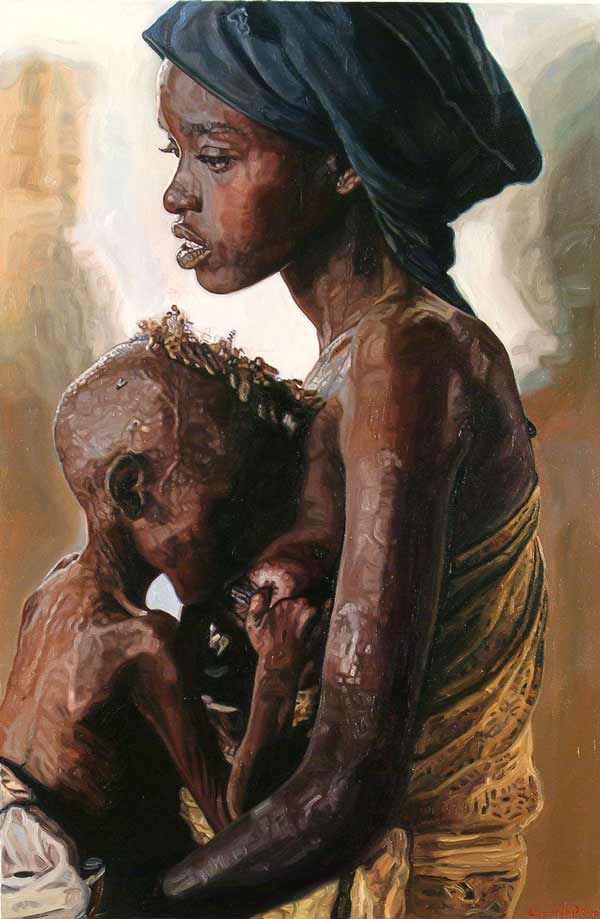 The paintings of Ulrich Lamsfuss reproduce images found in a wide variety of media, from National Geographic, travel and fashion magazines to cinema and art history. He painstakingly duplicates each image, working his way across a feint pencil grid with the numbing precision of a computer plotter, square by square, top left to bottom right. Built up in oil over several long weeks, they are the very opposite of the sources on which they are based, momentary snapshots captured in a fraction of a second.


Mutter und Kind is based on a reportage photograph taken in a Somalian hospital at the height of the country’s civil war by award-winning Magnum photojournalist Chris Steele-Perkins. Stefan Jellheden, meanwhile, reproduces an advertisement created by the Danish photographer for Louis Vuitton itself based, as it happens, on a famous 1963 news photograph of a burning Vietnamese monk.


They could not, it seems, be more different. The first, a contemporary African pieta, is a private moment of grief and suffering, and terribly real. The second, intended from the outset for mass public consumption, was carefully scripted, staged and produced. As representations of the contemporary world, however, they are each as valid as the other. It is this that interests Lamsfuss, as he seeks through exacting replication to transform the society in which he lives into a painted hyperreality. 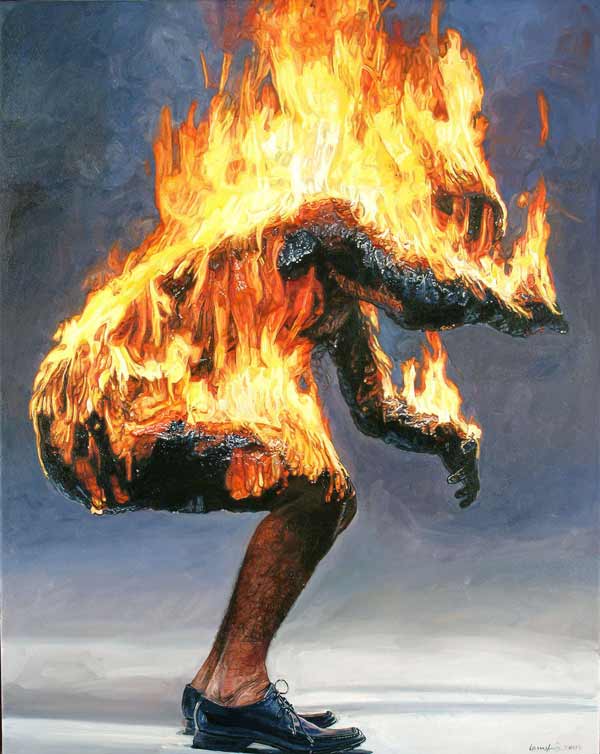