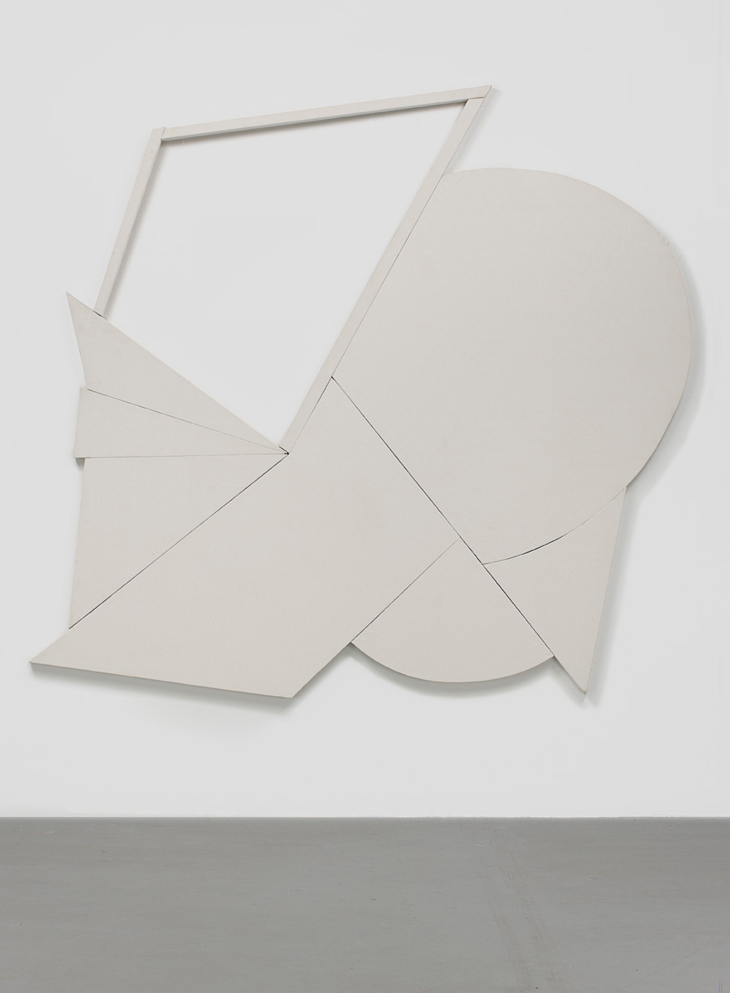 “I would like the viewer to experience the errors in the process that reveal my hand, and a very human experience of imperfection”.

Following the tradition of minimalist abstraction, Wyatt Kahn’s multi-panel paintings are seemingly emptied of content, yet their construction allows for a sophisticated interplay of forms to become the subject of each work.

Kahn’s work evolved from a functional desire to extend the dimensions of an existing painting by adding a second panel. When he saw how this altered the relationship between 2D and 3D, he began assembling small, irregular shaped canvases into larger, more sculptural based works. Instead of drawing out geometric shapes onto the canvas itself, he turned them into physical components, referencing the single and multiple shaped canvases of Ellsworth Kelly. 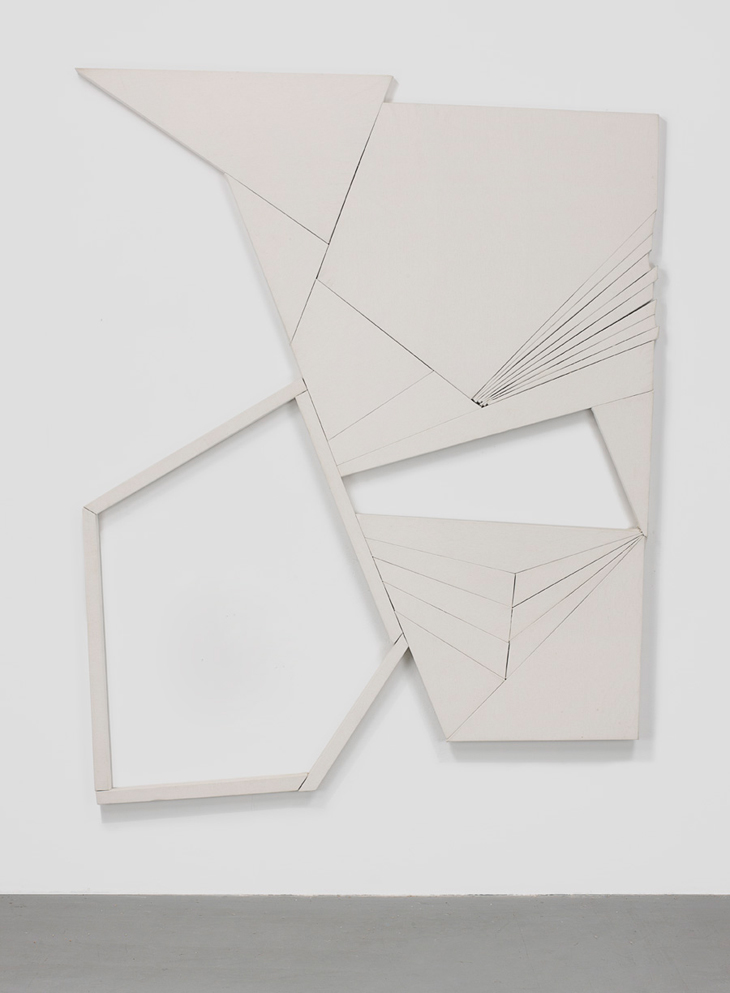 Late Nite, 2012 and Sideways, 2012 are both inspired by the human figure. Most of the panels are sardined together while others merely touch edges, creating an absence within the whole, or a break in continuity, as well as implying a further remove from the traditionally-shaped canvas. By working in this way, Kahn adds vigour by disrupting the painting’s surface; while the monochrome initially implies an insistent flatness, the dialogue between the adjoining shapes and their overall form creates a tension between surface, structure, and physical depth that remains elegant yet re-complicated.