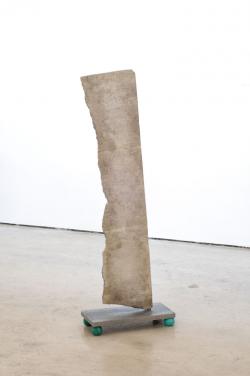 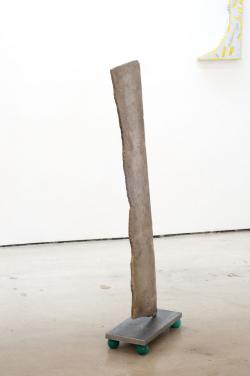 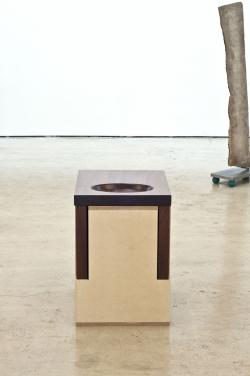 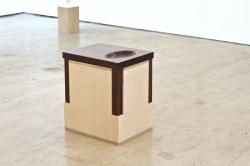 Ara Dymond and Jason Nocito are presented for the first time at Taxter & Spengemann in a two person exhibition. Each artist possesses a master focus, a severe sift and edit technique that is intuitive rather than calculated, thoughtful rather than systematic. Images and objects seemingly all harden back to the figure, which should be noted here as a touchstone for both artists, a symbol, a receptacle for thoughts and fluids, an actor, an historical icon and at some point- dead. Throughout these photographic and sculptural works are subtle, suggestive, almost lewd and certainly beautiful takes on nothing new-- captured and cast in their own discreet time to show us who we are, in ways we haven‚Äôt seen before.
Ara Dymond :
The sculptures might be thought of as figures, or characters, or actors in an opera or a play. The gallery, and at least one of the paintings, might be imagined as a theater, or a stage.
How do these figures belong to the each other, and to the world? It is a question that occupied Francis Bacon from beginning to end‚Äîand one that he was able to solve (if one can call it that) only negatively: by reducing the world to a schema, making of belonging a violent shorthand, embellished but never relieved by occasional outbursts of flamboyant d√©cor.
It is this same drama‚Äîthat of the figure in space, or rather the figure and its ground‚Äîthat Dymond articulates.
Note that the artist has stated the matter in a mainly phenomenological manner: but since he is also a mimic, his works in no way preclude metaphorical complication, up to and including a collapse of all meta-narratives into an old-fashioned infinity of signs.