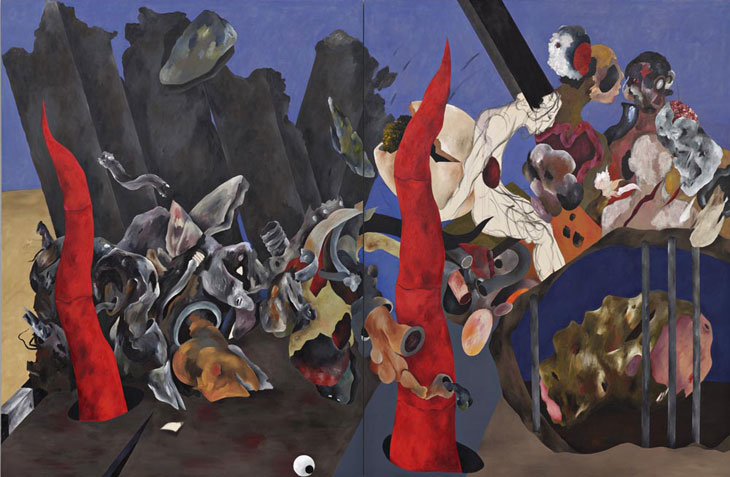 "Baghdad II depicts a "typical" Baghdad scene: on the left side of the canvas a car has crashed into an American-built security wall - another suicide bombing attempt or an act of pure desperation. Stylized licks of red flame come up from the ground, an eyeball has rolled to the center of the painting on the bottom. The eyeball plays a role in terms of content and form but also alludes to Lebanese poet Abbas Baythoon. On the lower right hand side of the painting a head lies behind bars – this is a reference to a statue in Baghdad, which here Alsoudani has decapitated and, ironically, brought to life as an imprisoned figure. One way to read this is that under Saddam’s dictatorship art was constricted and imprisoned and this idea of censorship is continually evoked through a layered approach in this work. The female figure in the center right side of the painting is deliberately drawn in as opposed to painted, a martyr-figure both carrying and giving birth to change." Robert Goff