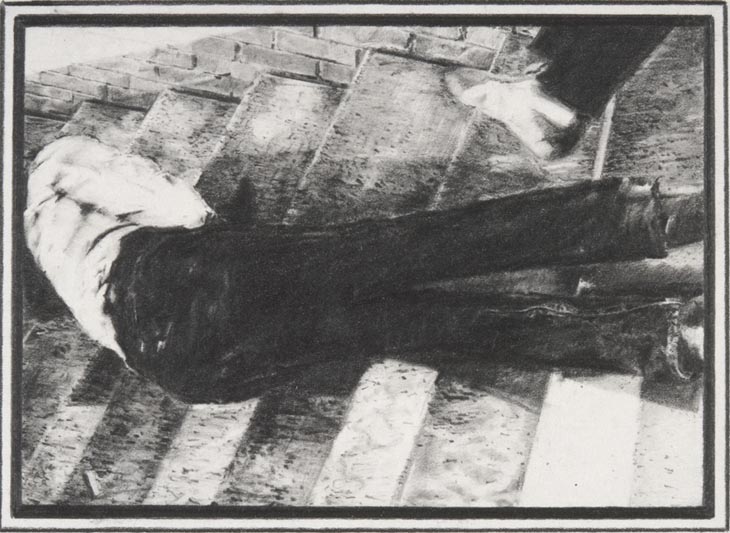 “The photograph I used for Burden is a bad grainy reproduction,” says Brooks, “and I tried to capture this in the way that I drew it.” In his performances in the 1970s Chris Burden had himself shot, electrocuted, and once even crucified to a Volkswagen. This image shows Burden being kicked down a flight of stairs at the 1974 Basel Art Fair. Brooks’s drawings engage with the mechanics of how an artist’s mythology is created. In 1974 it would have been possible to take a colour photograph or use high speed film. Instead the documentation of this performance is in black and white and the movement is blurred; it looks something like crime photo evidence. We’ve come to understand this aesthetic as ‘historically important’ and ‘impersonal’. As much as they represent Brooks’s favourite artists, these drawings also expose how we understand art – not just for what it is, but through how it’s conveyed in media.