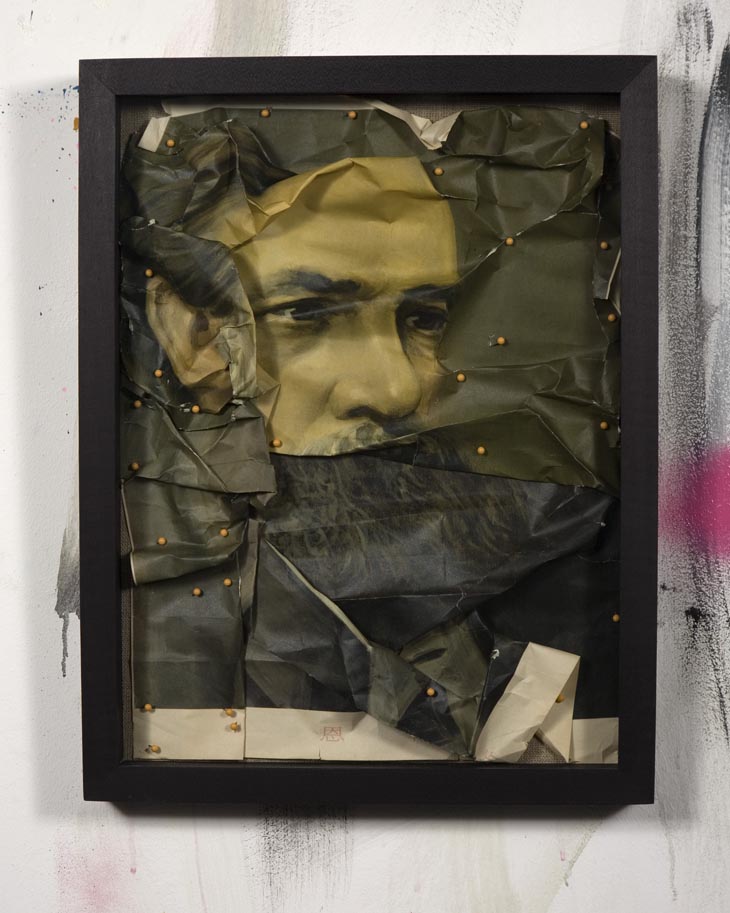 By incorporating readymade posters MacKinven’s Jefferson series points to an absurdity in the way visual culture and its inherent political ideas are continuously repackaged for contemporary (mis)use. In Portrait of Thomas Jefferson As Friederich Engels, the poster’s image is of a painting of an 1850 photograph, represented in the dramatic and imperial neo-classical style of early 19th-century revolutionary artists such as Jacques Louis David and Rembrant Peale, the latter of which immortalised Thomas Jefferson; its ordered naturalism, at that time, was synonymous with the republicanism and rational intellect of the ancient Greeks. From this consumerised reproduction, MacKinven crafts a twisted and contorted portrait that conceptually merges the forefathers of communism and today’s hyper-capitalism, addressing selective appropriation of ideology, and history’s romanticised cycles and ill-fitting precedent.