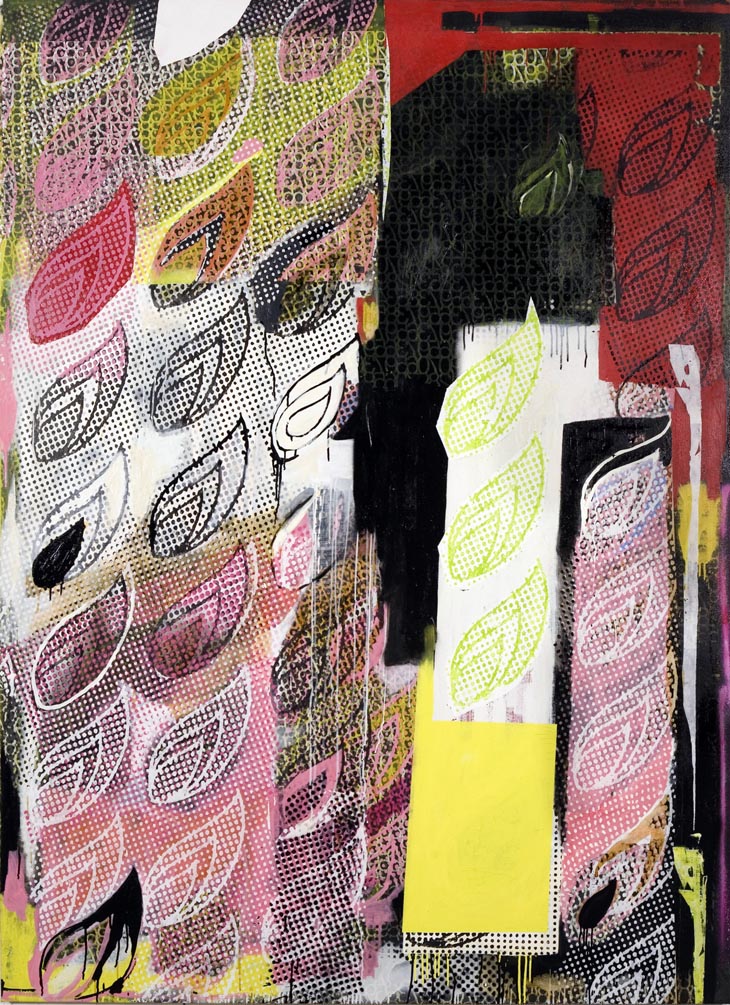 South of Heaven takes its decadent paisley patterning from MacKinven’s British Gas bill. Its repeated op art design speaks of both pop’s dazzling allure and debt’s endless aggregation, ironically framing an artist’s creative investment within the venture of economically driven existence. As MacKinven explains, “The one true reality under capitalism is paying to live, and that is the harshest reality, which forces one to do all kinds of horrors, like paint for example.” Far from the merely decorative art that MacKinven parodies, South of Heaven wields an authoritative complexity in its aesthetics. Abstract Capitalist Realism, the title of the series to which this painting belongs, flirts between ideas of Abstraction and Pop, citing Capitalist Realism, an art movement in Germany that paralleled early pop and presented a viable alternative to the commodity fetishism which became the hallmark of the genre. Combining the mechanised sheen of silkscreen with the subtle nuances of gestural painting, the surface of the painting emanates a disquieting formal tension, as well as ideological associations to the various art historical periods to which it refers.