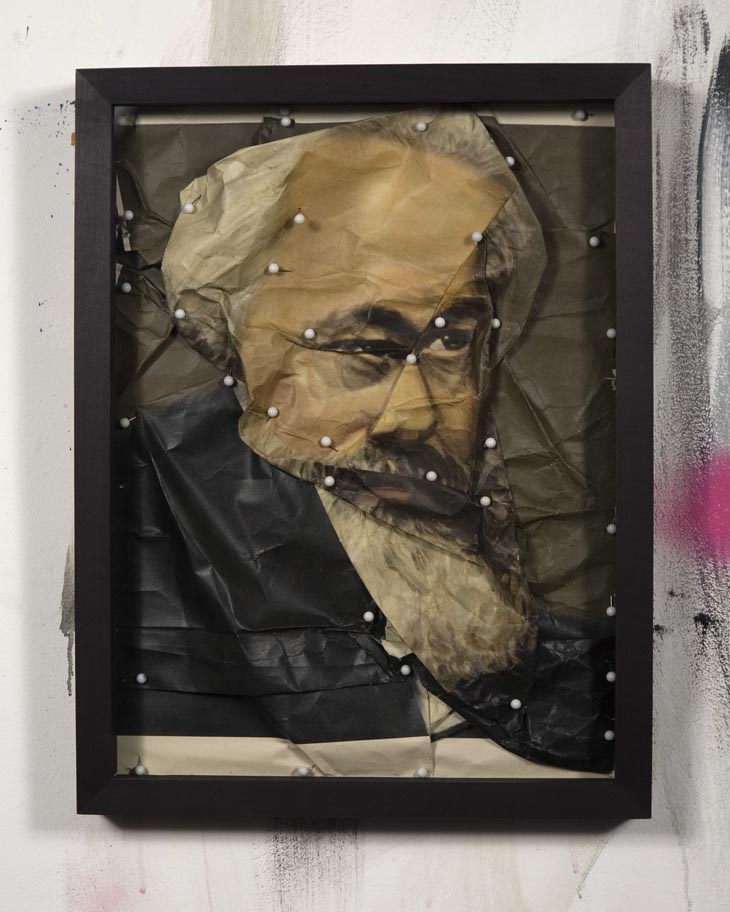 MacKinven’s Jefferson series is comprised of folded posters awkwardly crammed into frames. When outspread the signs each reveal a portrait, bought by MacKinven, of a socialist philosopher. The concept of these works was inspired by the first American president Thomas Jefferson: a true revolutionary, Jefferson had many pastimes –ranging from architecture to palaeontology – which were approached with utopian zeal, emphasising progress and the correction of history’s flaws. In 1819, Jefferson completed his own version of The Bible, from which he edited out anything that did not support his own ideological beliefs. In Portrait of Thomas Jefferson as Karl Marx, MacKinven’s portrait of Marx is crumpled to create a crudely cropped caricature. MacKinven feels Marx is often cited only in part by people who ‘pick and choose’ convenient aspects of socialism to correspond with their petit bourgeois lifestyles.