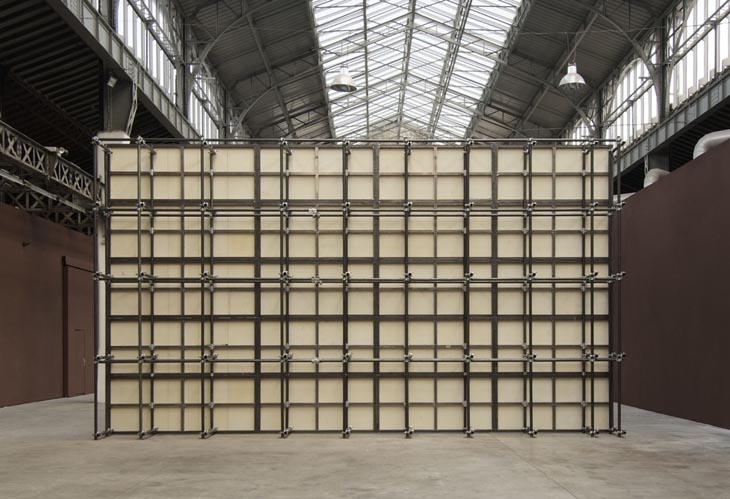 Primary colours dominate the work, whose painted areas are suggestive of strong but incomplete recollections typical of a dream or a long-ago experience, the details of which have become hazy over time. The scale of the work and its fired tile composition make it appear like an ominous public pool mural from the Soviet era, or a larger-than-life backdrop from a Ballets Russes production.

Aspects of his pieces have a decidedly East European flavour. His use of geometry and his photographic montages, such as Black Sea Surfer (2004) and Covered (2006), seem to come from the visual culture of Communism, but they also feel completely embedded within a more universal underground cinema aesthetic.