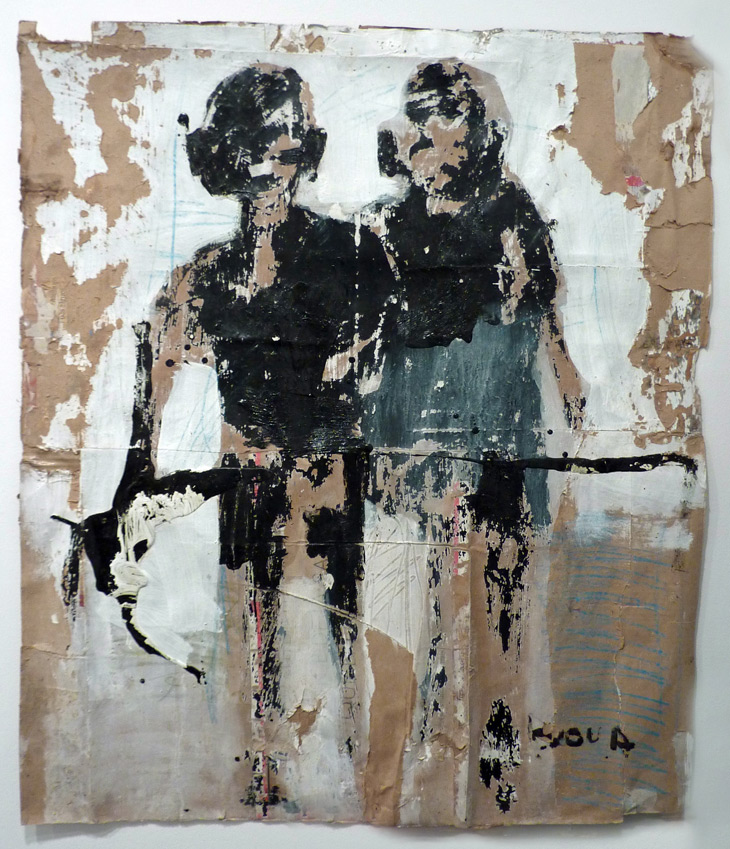 Armand Boua deals with the human condition, as a response to the inhumanity he sees in the world around him. His recent works, depicting the formless figures of forgotten children, testify to the violence that continues to characterise the political struggles of West Africa. His aesthetic is one born out of an engagement with found material, to which he applies his signature forms that evoke images and scenes in remembrance. Working in Abidjan, the economic capital at the crossroads of urbanisation and industrialisation, Boua experiences the Ivorian landscape with a heightened sensitivity. His observations of children are drawn largely from street scenes where urban migrations create ethnic, linguistic, cultural and social entanglements that have come to enrich and problematise the region in equal measure.