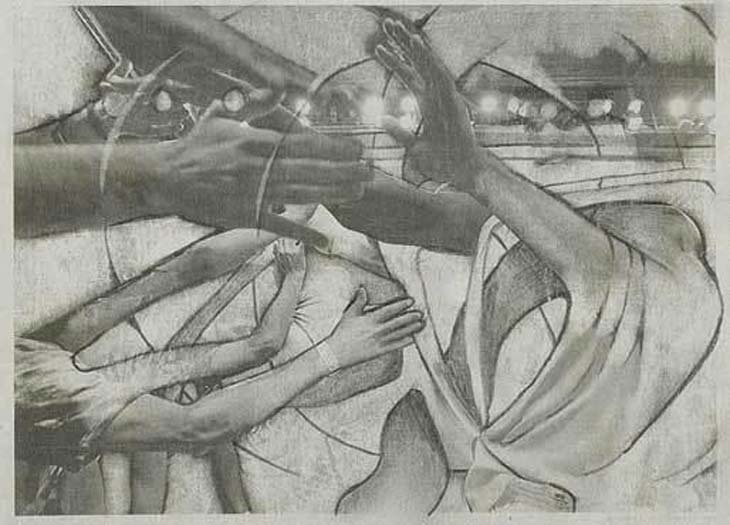 When Holstad engages with these fragments, they’re made both more complex in their iconography and are somehow saved, even memorialised.
Defending Decisions, for instance, takes as its basis a news photograph of decorated western military leaders, speaking into microphones at a press conference, presumably used to illustrate a story on military intervention (its date, 2005, might put that into a more specific context). The heads of the three men, however, are distorted by Holstad’s rubbings, morphing into a single pale blob, with sunken eyes and ant-infested mouths, added later with pencil.