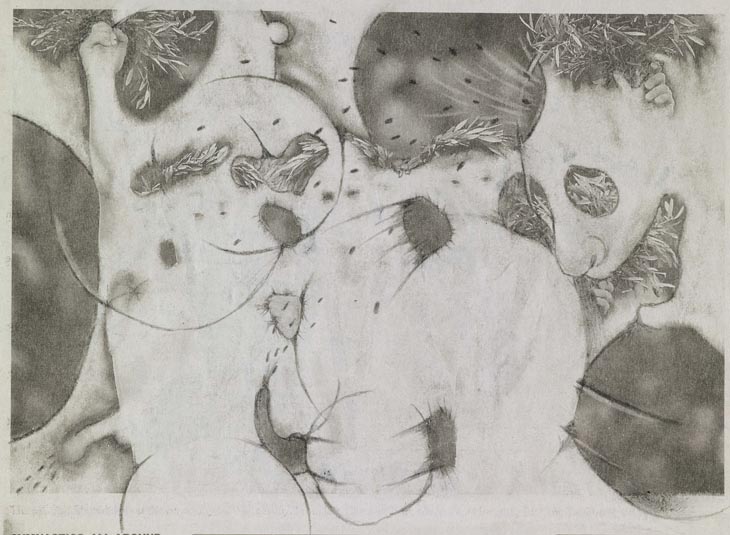 Christian Holstad’s erased newsprint photographs, known collectively as the Erasurehead series, began as a way of killing time. Working as a waiter in a restaurant after graduation from art college, Holstad began to erase the images in newspapers while waiting for customers, finding that the action of rubbing out became a way of probing the complex depths of each image. Erasing is a kind of negative drawing: its marks are gestural, reminiscent of the physical action of the artist’s hand and arm, and yet their residue is a kind of blankness. Photographs in newspapers are used to widen the implications of the stories they accompany through the willful ambiguity of imagery: they say more than they mean.