I Need You To Behave 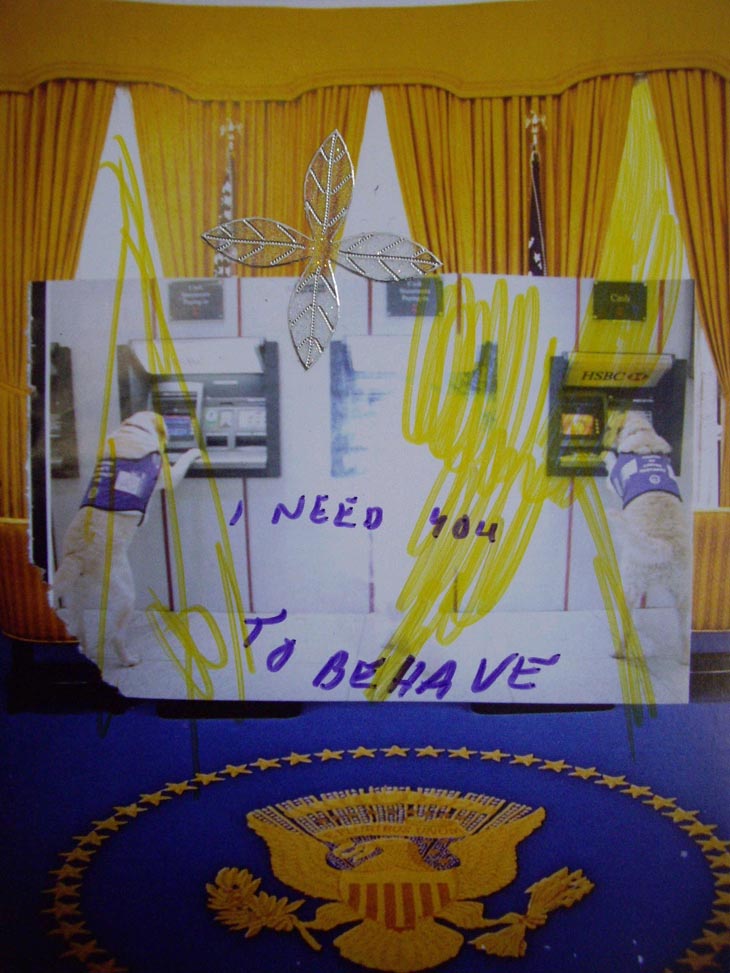 I Need You To Behave shows the Oval Office inset with a news clipping of guide dogs trained to operate ATMs. Adorned with a sticker and marker pen drawing, Reid’s photo-collage dissembles notions of power and corruption to ridiculously abject proportions. “The text is like a psychotic voice addressing the image,” says Reid. “There’s an imperative in the way that the text works in relation to the image. The drawing is a continuity of the photograph. It’s all organised quite formally and done very quickly. There’s not a lot of time spent considering, and I do more than I use, make and edit later. Each work is developed from a bank of association. It’s informed, but the connections come from the habit of making. Most of my work deals with the idea of absurdity – things like ‘Homer’s finger’s too fat’, cultural things that enter parlance, things that get picked up amongst friends: they’re like symptoms or a currency. This ties in with physical awkwardness; it’s related to our physical relation to things, like making art.”