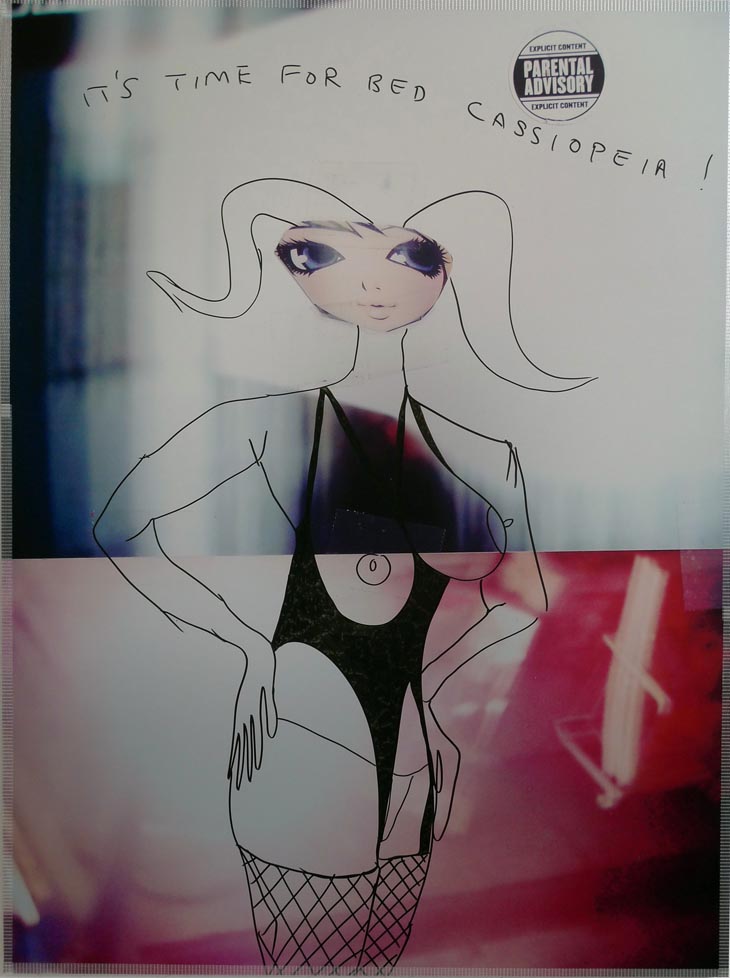 Reid describes her work as: “Drawing narratives or paradoxes between images and materials. I’m drawn to images that suggest hyperreal or transcendent states: the body, derelict and abject images, images that can also be made to oscillate between these. There’s often a sexual matrix in the work; loads and loads of really simplistic jokes that come from Freud or Lacan For Beginners, really bottom-level dumb jokes.” In It’s Time For Bed Cassiopeia, Reid plays off the Greek legend of Cassiopeia, a beautiful vain queen who was imprisoned in the sky, in a star constellation that often appears reversed. Her duplicity is rendered in Reid’s silver foil-based portrait as a background divided in two parts. The figure’s face, taken from a Manga porn character, is embodied in a crude sexy drawing; her top half set against shrewd calculating blue, and her nether bits bathed in tempting red, both warranting the applied parental advisory label.