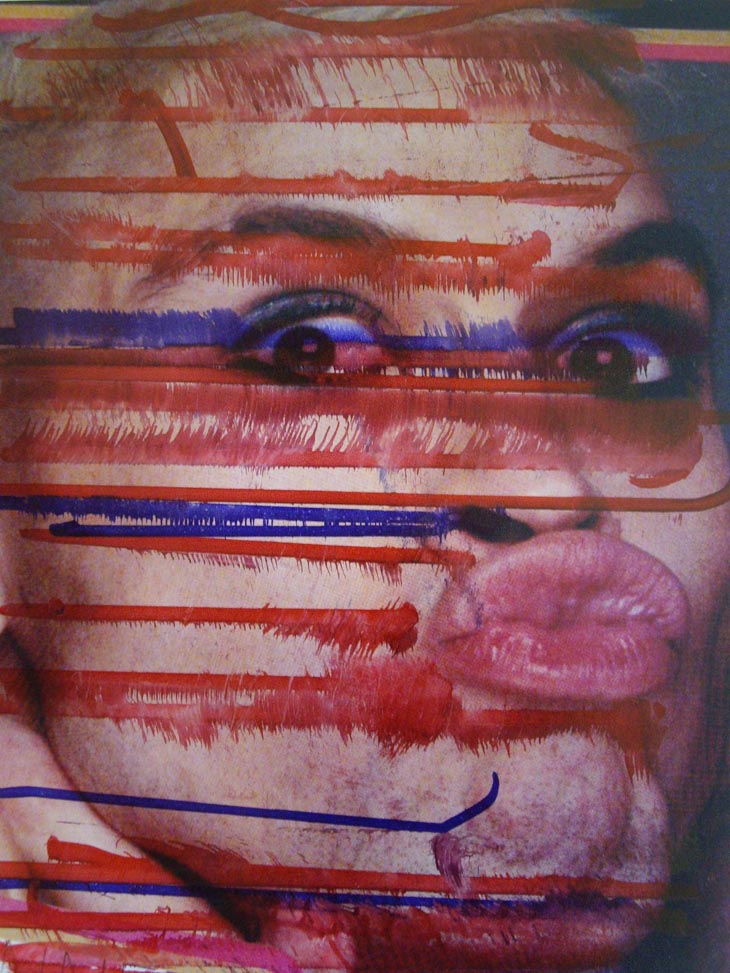 Reid’s observed ‘life’ lived through the lens cumulates as a sublime private/public collapse, a nervous breakdown of mixed messaging, unattainable ideals, transparent clichés and hypocrisies. Picturing a photo of Pete from Big Brother taken from a gossip magazine, Reid uses his celebrity persona as a departure point into making. Pete, who has become the country’s most famous face of Tourette’s Syndrome, is well known for his clowny behaviour which intentionally exaggerates the perception of his condition, turning his ‘freakishness’ into a charismatic attribute. The stripes drawn on top of the photo roughly approximate the TV flickering of skewed transmission. Made with marker pen and a ruler, the ink bled under the ruler’s surface creating aberrant smudges from what might have been a perfectly straight line, they suggest a sense of violence and beauty in their degraded communication.