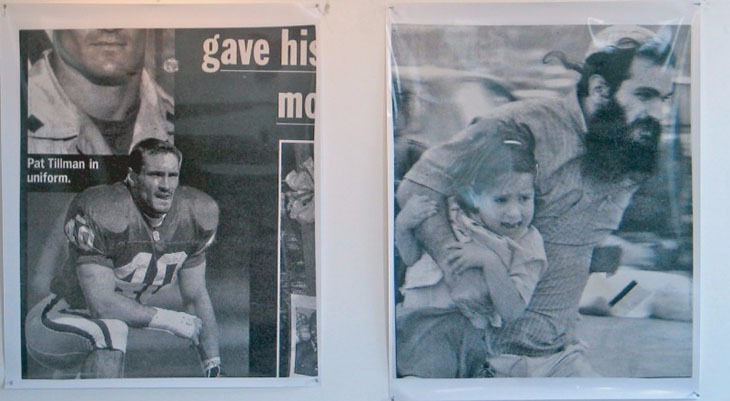 Dash Snow’s Untitled presents a double tragedy with frank candour. In the image on the left, Snow photographs a newspaper clipping of Pat Tillman, an American professional footballer who famously gave up his career at the top of his game to serve his country in Iraq and Afghanistan, where he was sadly killed by friendly fire. Juxtaposed against another media image of an Islamic father rushing through war torn territory clutching his terrified daughter, Snow offers a diptych as protest, highlighting the consequences of conflict and its impossible morality.