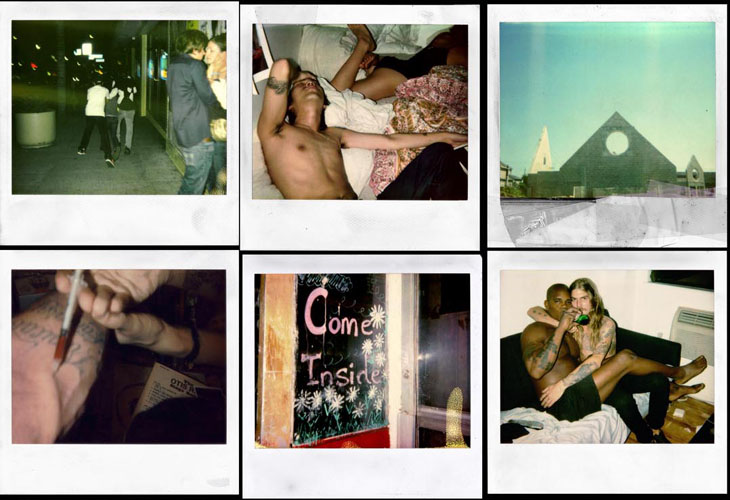 Dash Snow originally started taking photos when he was a yobbish teenager. Using his Polaroids as a diaristic record of the many ‘nights before’ he couldn’t remember, his snapshots piece together a fragmented portrait of peripheral existence. Filling in the voids of his blackouts, Snow’s photos broach the seedy and taboo with a dislocated intimacy. Suggesting a subplot of double-identity, Snow’s camera operates as a tool of psychological intervention. Creating a ‘memory bank’ through a lens, he becomes an observer of his own life, forging the personal as dissociative media experience. Working in similar genre to Nan Goldin and Richard Billingham, Snow’s images are uncomfortable in their subject matter. Instances of sex, drugs, violence, and poverty are documented with disarming frankness and honesty. Offering a unique insight into an alternative lifestyle, Snow uncovers a poetic beauty within the dissolute and discarded.