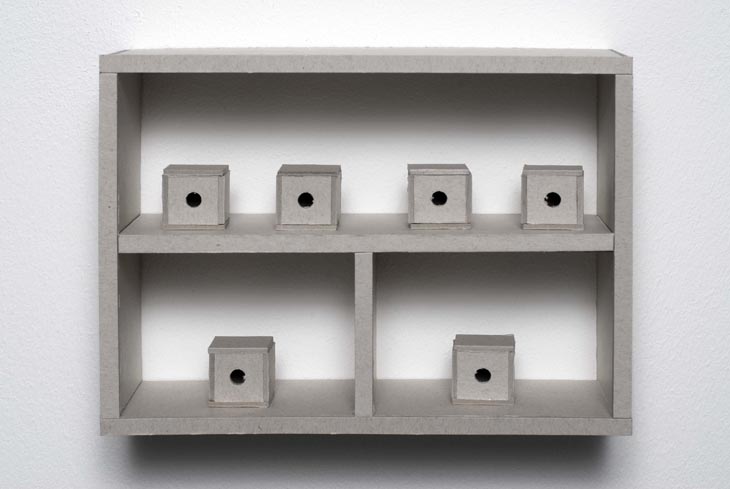 “My work used to be more about ideas, but now it’s much more about me seeing myself doing an activity. The process is really crucial. It’s about making an artwork from a thing which I think hasn’t been noticed. Part of my process is just looking at my objects in a space. My studio is in my flat and the works were made in different rooms, so I spent a long time living with them and looking at them in an everyday functional environment. It wasn’t until I first installed them in an empty space that I became aware of how much they are looking at you. I was surprised by how alive they seem. People often think of them as bird boxes or some form of architecture, but I don’t really think about them in a representational way. When I look at them it’s like they’re really full, like each one might have something in it.”