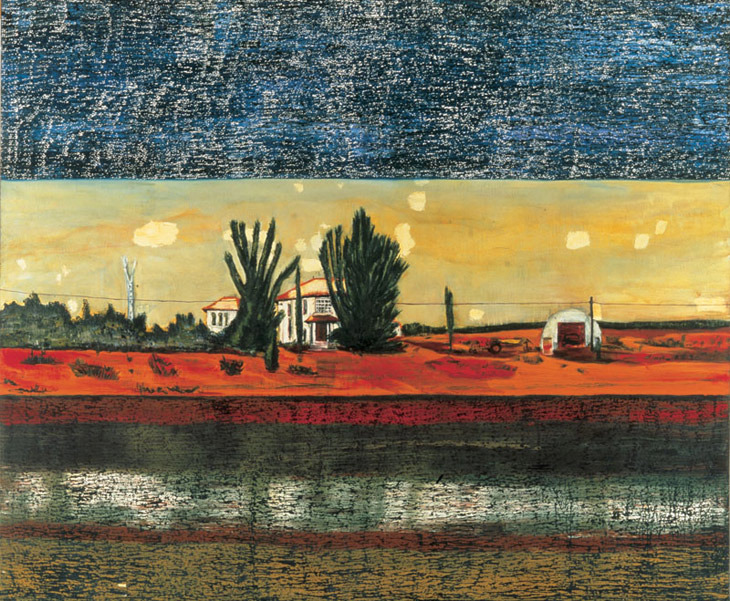 Based on the viewpoint of an insect whose perception of the world is found at ground level, Peter Doig created the Grasshopper using three equally spaced bands that command its composition. Broadly coloured yet intricately detailed, this device appears to mimic the geological strata which construct the earth. The top band contains the abstraction of the sky, created from the thin veils of vivid blue masked with successive layers of dragged and dabbed paint. The middle band contains the land, a small settlement isolated in the desert of an arid landscape, the telegraph poles and lines the only clue to the connection with the developed world. Infused with a rich warmth of light, this is a nameless landscape in the middle of a barren land, of no specific time. Reminiscent of the setting for the film Paris, Texas, the only clue to its identity would be the single figure buzzing around a garage.