Dominic From Luton As Margaret Thatcher 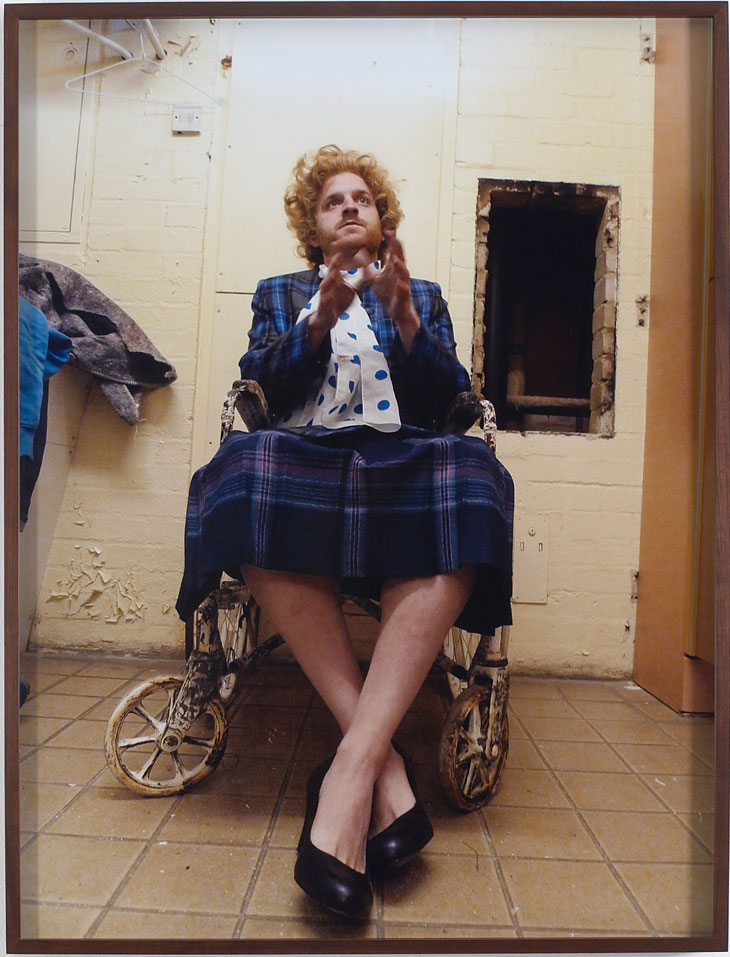 In 2004, Luton was voted ‘Britain’s Crappiest Town’, which has made it, for the artist known as Dominic from Luton, “a glorious window of opportunity, because no one likes it.” Escaping from the shackles of dreary suburbia is a well-worn trope of popular culture – everyone needs something to kick against – but for Dominic, the town itself is the muse, not the spur to head for the bright lights. Take Shoes Off If You Love Luton!, a photo of a man’s arm, tattooed with a 99 Flake ice cream, holding aloft a single Reebok Classic trainer against a British summer sky.