Shoes Off If You Love Luton ! 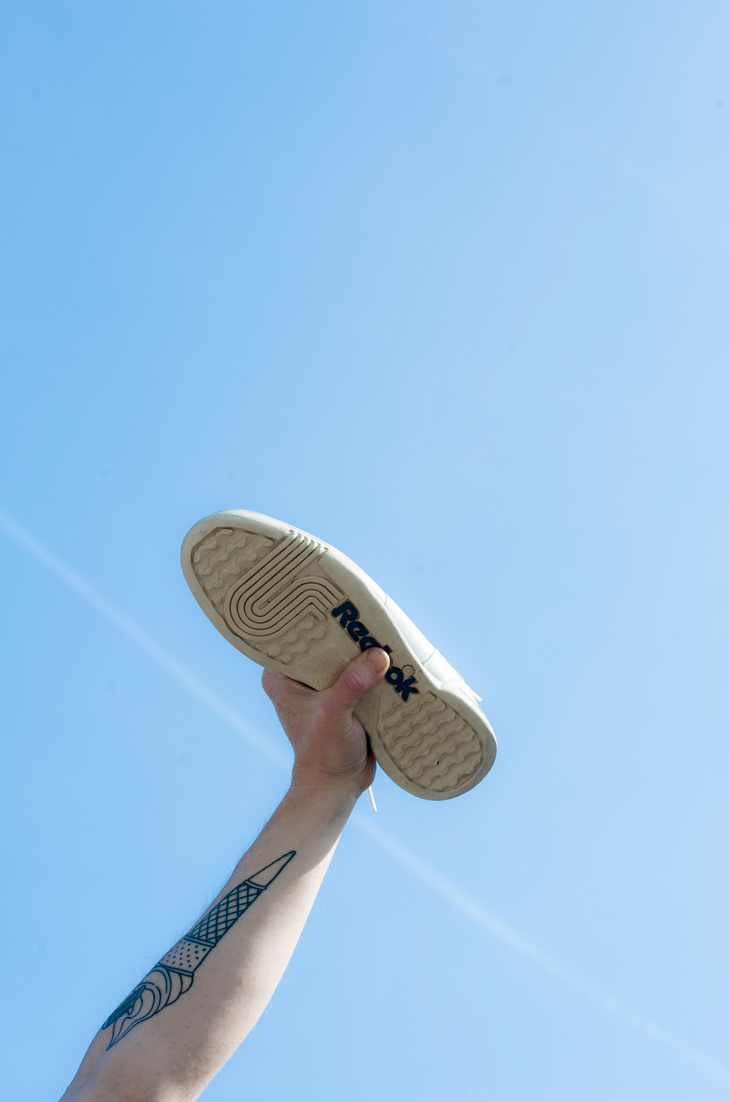 The visual language (that of 1980s leisure and childhood summers) announces Dominic’s particular interests: the iconography of small town Britain. Dominic’s work draws on decades-old imagery to suggest a country stuck in a cultural rut. In the self-explanatory Dominic from Luton as Margaret Thatcher, the artist is photographed in bad drag, gesticulating as though mid-speech, in a crumbling toilet, or wheeling a wheelchair furiously along the balcony of a council block: political history replayed as panto.