He Results As Cause Of Himself 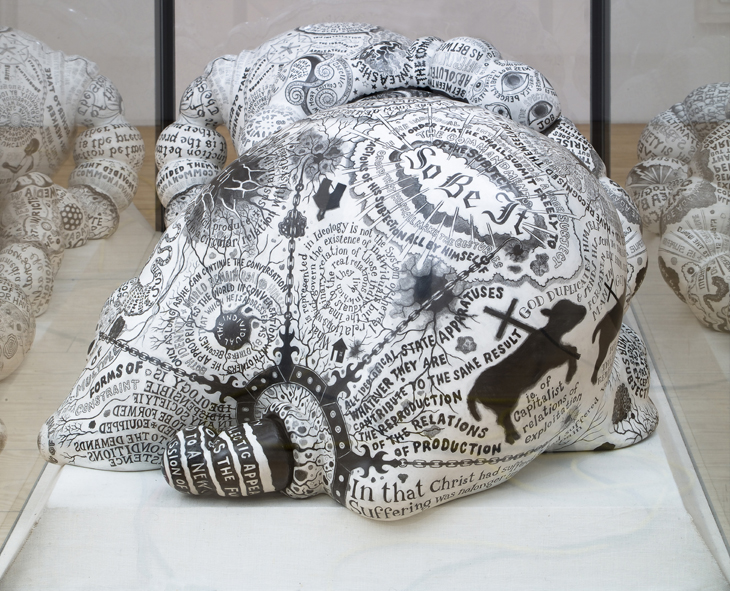 The scale of his works might hint at McGill’s purpose: to create a kind of contemporary history painting, in the knowledge of such a project’s anachronism. As the artist puts it, “history is politics by other means”, and his caution about the partiality of historical certainties is reflected in his perpetually self-critical and contradictory works. Quotations from Christian texts run up against lines from Marxist screeds; common clichés abut fragments of political speeches.