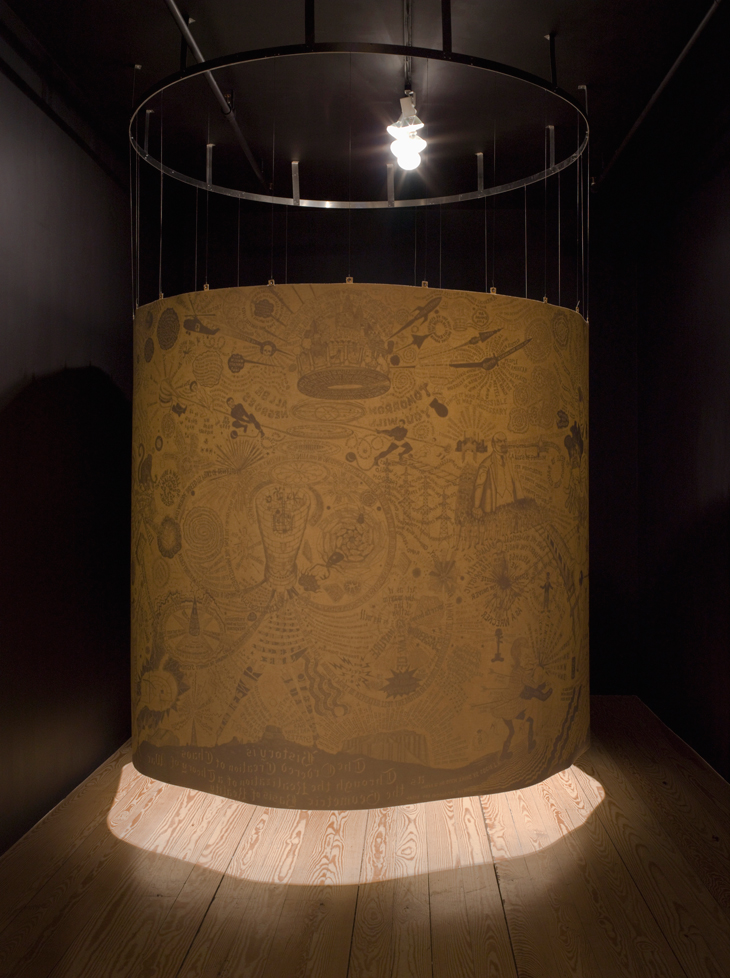 In McGill’s evocation of contemporary uncertainty, everything is equally noisy and equally suspect. In Moloch, a collaged transcription of Max Ernst’s 1937 The Angel of the Hearth (his nightmarish vision of German society under Nazi rule), the galumphing devil is composed of snippets of found photographs that suggest a dystopian contemporary deity, an updated version of the Biblical Moloch, a false idol. Yet there are no absolutes in McGill’s work, and his texts’ occasional reversal implies the potential for contradictory meaning at every turn.