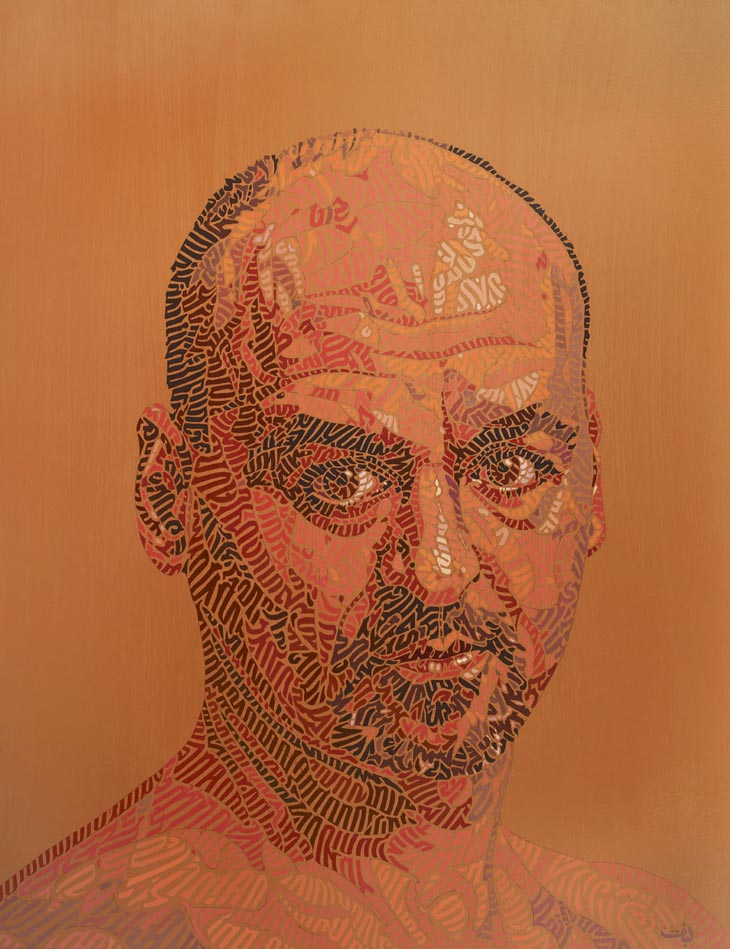 Farsad Labbauf’s paintings are immediately recognizable from his highly idiosyncratic style. Influenced by traditional Persian arts such as calligraphy, tapestry, and the poetry of Rumi, Labbauf’s contemporary portraits convey a metaphysical approach to painting where line, colour and texture are used less to ’depict’ an image than to describe its essence. In Jospeh (Gaze), his realistic portrait of a man immediately breaks down as an illusion as hundreds of delicately applied brush strokes and carefully delineated tonal patterns transform the image into abstraction. Describing his work as "an attempt for the union of the internal", Labbauf’s paintings offer a meditative quality. Through their fragmented appearance, Labbauf’s images transcend fixed time or place, conceiving this unresolved state as a more accurate or truthful representation of reality.