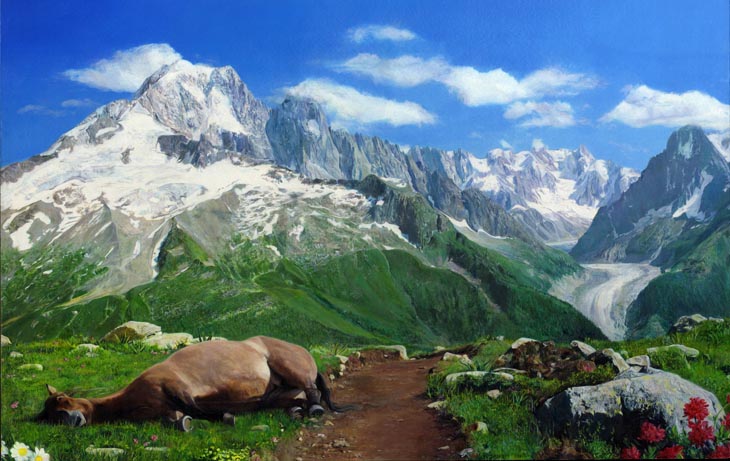 Gareth Cadwallader’s Dead Horse captures a vast Alpine mountain range in mesmerizing detail. The picturesque beauty of the scene is, however, disturbed by the striking presence of a dead horse in the foreground, which suggests the calm aftermath of some unseen struggle. Cadwallader made this painting in response to specific personal experiences, but its themes of conflict and resolution may also be understood as a metaphor for the creative process of painting itself.