God Knows Where This Is 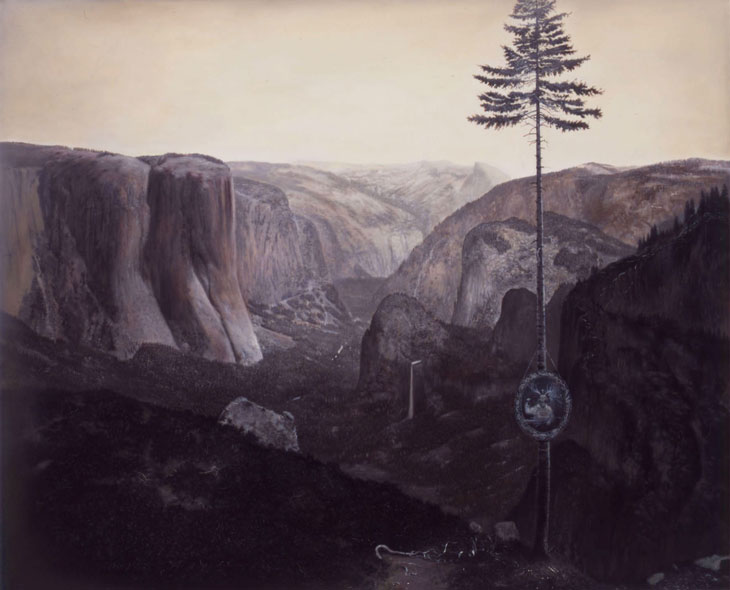 Based on a image by pioneering 19th century landscape photographer Carleton Watkins, God Knows Where This Is lays bare the contradictions inherent in America’s idealist appropriation of sacred Native American hunting grounds to create its iconic national parks. Quinn employs the original photograph’s tonal qualities of light and dark to reproduce a vast canyon of ’wilderness’ stretching further than the eye can see. The harmony is shattered by an incongruous framed portrait, hanging from a single, lonesome pine; ’wearing’ the antlers of St. Hubert, the American poet and libertine Walt Whitman is portrayed in the moment of his fictional suicide, blowing his mind out with another symbol of American freedom, the Colt 45 handgun. This land of freedom and innocence, Quinn implies with no little vehement, is no more than a constructed illusion of false escape.