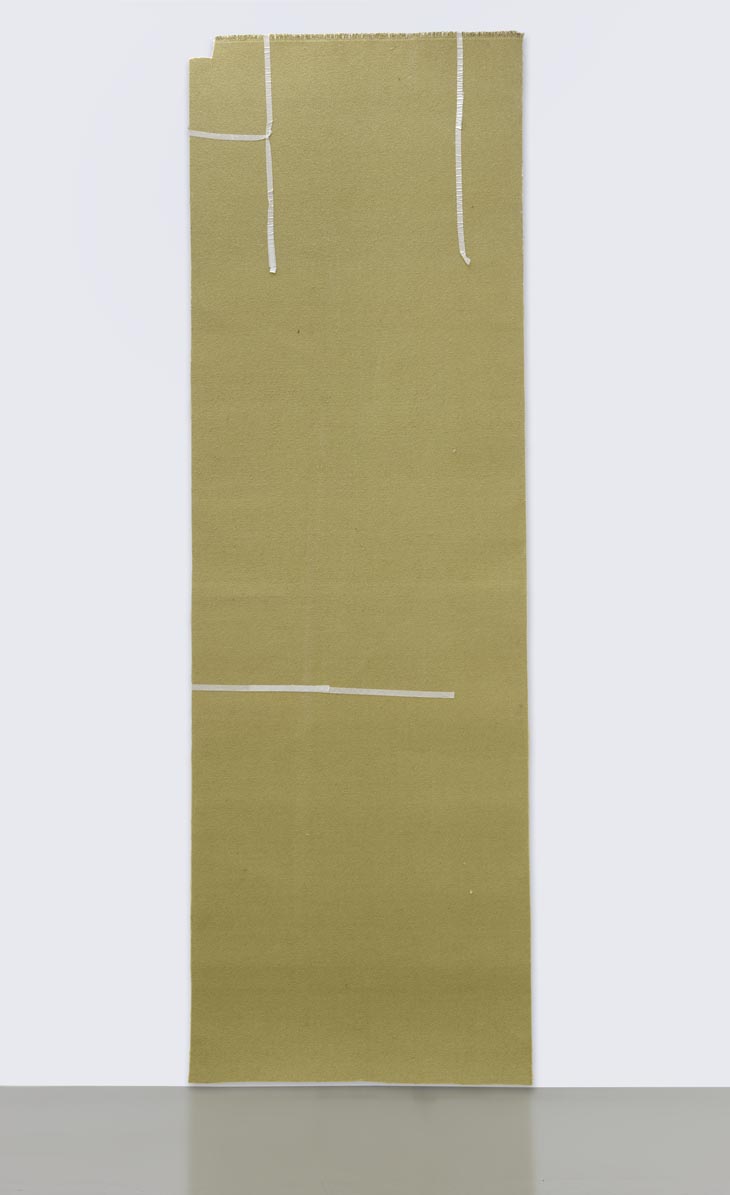 Gedi Sibony’s constructions draw from the traditions of minimalism in their pared down aesthetics and conception of sculpture as selfcontained conceptual objects. Unlike the highly polished works of artists such as Donald Judd or Ad Reinhardt, Sibony’s objects adopt an impoverished style and are often made from found materials such as cardboard, plastic sheeting, and wood. Through these media, which are associated with both construction and
debris, Sibony’s work elevates the humble qualities of everyday ‘stuff’ to create instances of poetic beauty. In Untitled, Sibony presents a strip of carpet mounted on the wall as a ready-made ‘painting’ picturing a geometric composition made from tape; through its delicate arrangement and tactile surface, Untitled seduces invested contemplation of its precarious form and physicality.